Poker Power is an organization that’s been working tirelessly to bring more women to the felt and help better diversify the currently male-dominated poker environment. Over the last couple of years, they’ve had a lot of success, in part thanks to employing successful female players to act as instructors and represent the organization.

Kyna England is one of Poker Power’s instructors and easily one of the most successful players in the organization’s ranks. Having won over $700,000 in 2021 along with the Mid-States Poker Tour Player of the Year title, Kyna has more than justified her instructor role and has sent out a strong message into the poker world.

In this interview we find out more about what Kyna’s personal and professional journeys have been like up to this point, how she came to be a part of Poker Power in the first place, and what future holds for her.

You’ve obviously had a great year in poker, claiming the Mid-States Poker Tour Player of the Year title and winning over $700,000 in 2021. But, unlike many others who found their way into poker early on, you only started to take the game seriously relatively recently. What has that journey been like for you?

I learned how to play when I was in college, but had stepped away from it briefly. When I was in Las Vegas for a work conference, I started playing again and remembered how much I loved the game. I played a few years just recreationally, but during the pandemic I was out of work and wanted to step my game up so I started studying and practicing online; small stakes while evolving my game. 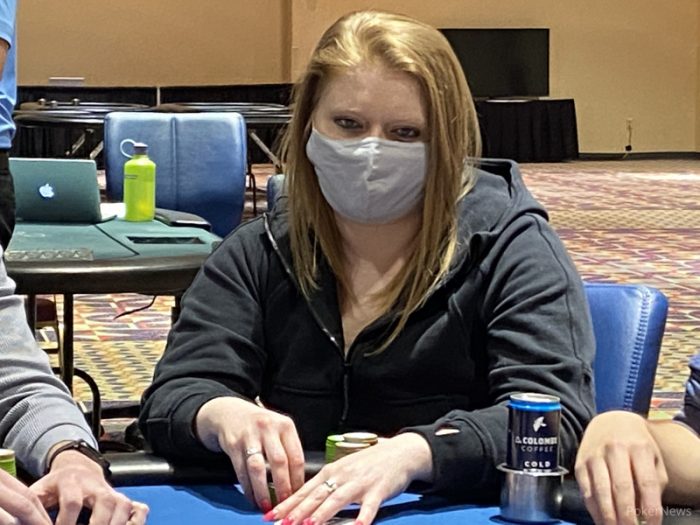 Poker is so dynamic, now I feel like I am learning everyday. But I couldn’t have done it without a core group of friends. We would zoom and chat about hands and run strategy by other people; I think that’s what helped me the most.

How did your engagement with Poker Power come about? Not being a very experienced player yourself at the time, what was it that gave you the confidence and the motivation to accept the role as an instructor with the site?

I was approached for the role by Sarah Stefan, one of my best friends now. She told me about the opportunity since I wasn’t working at the time, and explained that it was a work from home job that required me to study while staying sharp. Sounded like the perfect gig! When we started there were only 4-5 teachers, and now we have like 20!

You’re the first female player to win the MSPT Player of the Year title, and that must be a great feeling on several levels. Obviously, it’s a great personal achievement for any player, but given your role with Poker Power, it’s even greater. Do you feel like this gives you the kind of added credibility that will help bring even more people to the platform? And, on a personal level, what does it mean for you as someone who’s only been playing professionally for a few years?

I am very proud of myself and my achievement. It does feel rather validating on a personal level. We have recently seen an uptick of intermediate players who want to sharpen their game. I have several women who have come through the program more than once because they want to keep learning. I am happy people appreciate poker and are taking advantage of what we offer. Especially since it is currently free!

You’ve transitioned from a traditional job to a full-time poker player, and in one of your interviews, you said that you couldn’t really go back. Clearly, you’ve had a lot of success on the felt, but we all know that a life of a poker professional isn’t all sunshine and rainbows. Have you had any moments of doubt over the past few years? Were there any instances when you considered throwing in the towel and going back to a safer, more stable profession?

In the right setting, I might be able to go back to a full-time job. I like to be around people, while learning and trying new things. Right now, playing poker is fun and I’m exploring a new city, giving myself some time to figure things out. 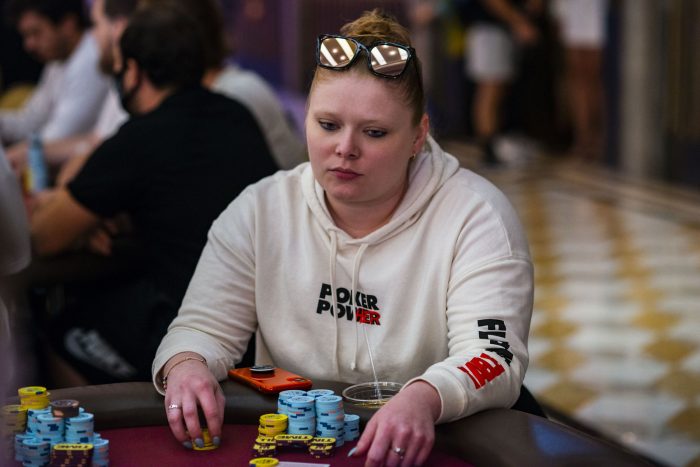 With any profession there will always be doubt, but I work pretty hard on my mental game so the lows don’t feel as low. I have come a long way from where I was. There were many times, as I am sure many friends can attest, that I just blew up, or cried, or just hated myself for even showing up. I really used to beat myself up at losses and bad plays, being mentally strong really makes a difference in the way you play. I highly recommend anyone who wants to get better and progress in their game take the time to do the same.

Back in July, you had your biggest cash, taking home almost $450,000 for a third-place finish in the WPT Venetian Deep Stack Event. Looking at the field, you had to mix it up with some big names on your way there – the likes of Chad Everslage, Jason Koon, Scotty Nguyen, Jose Ignacio Barbero, and Michael Mizrachi. What was that experience like for you, and are there any particularly interesting moments that stuck with you (other than winning a bunch of money, obviously)?

Yeah that was an amazing tournament, very cool to play with so many great players. I am naturally chatty, so I took advantage of the experience and just had fun with it.

Scotty was fun to play with. He had some great stories and he made me laugh. But I remember it was the end of day one, and I had waited all day for a massage and finally got one in the last level of the night. So I was just ready to zone out and be done…and then they sat Phil Hellmuth at my table and I just cheesed so hard. He totally acted like everyone expects him to act and it was fun. But he busted pretty quick so I didn’t get to play with him long.

At one point I was sitting with Tony Dunst. It was the end of day two, I think, and we were at a table near the rail, and ALL THESE PEOPLE WERE WATCHING!!! I had my back to the rail and I remember thinking “What if they can all see my cards?!?” I know it’s silly, but it felt like we were putting on a show.

I have so many stories, I could go on… so I will! One more funny thing… the first day my friends came over to take a picture of me and say ‘hi,’ and my friend Sarah was leaving home to Chicago later that day and she said “if you make the final table you have to fly me back!” I laughed and was like ‘yeah right… okay.’ And then we flew her back a few days later!

Kyna, you can play a $5k tomorrow, and you are going to make the final table…but you’re going to feel very stupid and self conscious and insecure at times. Can you handle that??? —- I think we can handle that!!! #myrailisbetterthanyours https://t.co/nwEnmYtnsK

I saw on your Twitter that you moved to Las Vegas recently. Was this decision purely poker-driven (i.e., being where all the action is), or were there other factors at play? How’s Vegas been treating you thus far? Is it all you expected it to be?

I have been wanting to move out of Chicago for a while now and this was just a good time. I have family here and have met a lot of great people. It was mostly to be closer to poker, but I’m excited to explore the West Coast a little more and take my time to find my footing. Moving is scary and stressful, but also exciting and adventurous!

What do you do when you move to Vegas?? Because I love it and I can!!!! @SPPokr pic.twitter.com/GbxlotcrV9

In what ways did Poker Power help you on a personal level, and what does the future hold? Are there any interesting events our readers should know about?

During the pandemic I was unemployed and it was a little scary. Poker Power gave me the opportunity to make some money from home while sharpening my skills at the same time. I am very grateful for that. We do community events every month that are always different. I would definitely recommend the Poker Power community, check out our events page on the Poker Power website.

To end off, what is your message to all the women out there who like poker but are perhaps reluctant to take that big first step and jump into the action?

A message for the women? I guess I would say, don’t be afraid to try something new that interests you. Whether it be poker or anything else. I always say, if you want to get better, you will! 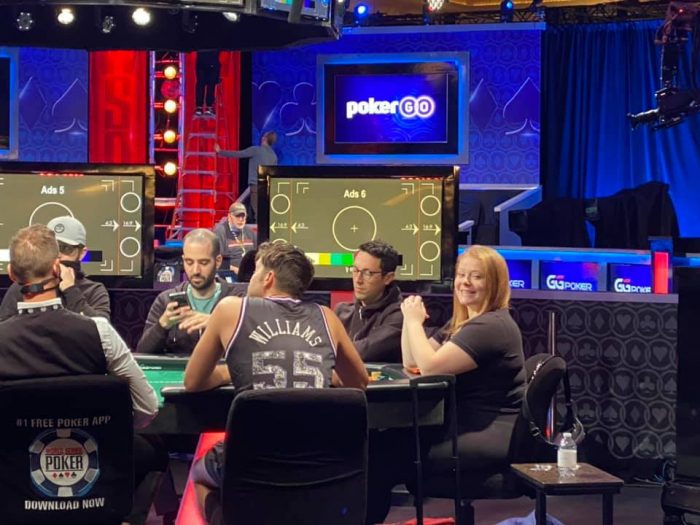