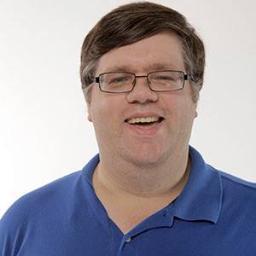 We are pleased and honored to have a very unique interviewee with us here at the Cardplayer Lifestyle poker blog today. We’re referring to none other than the great Kevin Mathers. Universally beloved by the greater poker community of both professional players and hard core fans of the game, many in poker know of Kevin via his current job with BLUFF Magazine as their Manager of Poker Information. Others have become familiar with Kevin over the last dozen years via his incredibly comprehensive participation in the 2+2 forums, the largest poker forum (and community) online. Still others best know the man by his affectionate nickname “KevMath” on the Twittersphere, where he’s seemingly active 24/7/365.

Kevin Mathers’ involvement in and contributions to poker are undeniable, but the spotlight doesn’t shine on him often enough. That was the impetus for contacting him and asking if he’d be kind enough to grant us an interview. He kindly agreed.

With a big shout out and thank you to Kevin for his time, it’s time we show the man we all know and love some genuine appreciation. We hope you enjoy this special interview:

My current position at BLUFF is the first time I’ve had a job that wasn’t a freelance position, which is the standard for most poker media positions. Previously, I had written for the Pokerati blog, wrote online tournament recaps for the PokerStars blog, and for a brief time served as a “shadow editor” for PokerNews during the 2008 WSOP. Starting out in the early 2000s, I was an avid reader of the rec.gambling.poker newsgroup, which used the be the main place to talk about what’s going on in the poker community. Eventually I migrated to the 2+2 forums, becoming a frequent and respected contributor that allowed me to become a moderator for some of the more popular sections of the forum like News, Views and Gossip.

What does it mean to be BLUFF’s Manager of Poker Information? It seems like a behind-the-scenes role… Is it mostly poker writing and industry communications?

My main role as Manager of Poker Information deals with the input of tournaments along with tournament results, that helps make up the BLUFF Player of the Year standings. Also, I work with Lance Bradley, BLUFF Editor, Tim Fiorvanti – BLUFF Managing Editor, Paul Oresteen – Senior Writer, and Thomas Keeling – Multimedia Producer at BLUFF HQ (Ed. note: a.k.a. Srslysirius)  in Atlanta on various articles and other facets of the BLUFF website and magazine.

What is it that you love so much about poker that initially attracted you to the game and keeps you interested in it?

To be honest, I don’t really know what brought me to poker at the beginning. It wasn’t a game I grew up with when I was young. It was just something I stumbled into. My previous (non-poker) jobs consisted of working in customer service/support positions, as I liked to assist people who had a problem and resolve it to their satisfaction.

To have 22,000+ followers on Twitter is a pretty incredible feat in poker for a non-player. How did you gather so many followers? Do you have a particular number in mind as a goal? How did you become the players’ go-to source of information when so much info is already out there online? How do you know it all?

Having this many followers is a pleasant surprise because I likely would have been the last to think that it was possible to accumulate that many followers without being known as a player. While there is a lot of information readily available online, players sometimes don’t know how to access it or aren’t motivated enough to find it. This was something I realized first when I was a much more active participant at 2+2. Once Twitter became popular, that’s where I decided to spend most of my time. The 140-character format makes it easy to provide information rapidly to a wider audience.

You’ve attended the World Series of Poker each of the last five years. Do you stay the entire length of the series? What do you do there?

My first WSOP experience was for the November Nine final table in 2010. My role then was to “live-tweet” the final table action for BLUFF from high above the Penn and Teller Theatre. In 2011, my role at BLUFF was usually writing recaps of that day’s action, either at the midpoint of a day’s play or an end of day recap covering what happened after the midday report. I also handled a select number of final tables during that series. For the 2012 WSOP, I didn’t handle coverage of the WSOP, as I was now in my current role at BLUFF, providing assistance from my previous home in Syracuse, NY. I went to Vegas in the early part of the WSOP, just to play in a couple of events, making a deep run in a Daily Deepstack event. After that success, I then played in a $1,000 event, busting within the first level. After getting encouragement from others on Twitter, I then sold action for that year’s WSOP Main Event, figuring this would be my one chance to play in it.

Stump the KevMath (STK) is a very popular series of featurettes that demonstrates your encyclopedic knowledge of the poker scene. Was it your idea? Aside from at the WSOP, when/how do you and the rest of the BLUFF staff decide to do a new one?

Credit goes to Lance for coming up with the idea, and to Thomas for coming up with the questions. Thomas is also the one that leads me into doing the reactions that help make STK the minor success it has become. The past two years during the WSOP we get a few in the can, but then the schedule gets more intense towards the end and we’re not able to do more. There were a few we did at BLUFF HQ (WSOP Europe, Lynn Gilmartin – who owned my soul in STK) that were fun to do. It’s definitely an activity that takes me out of my comfort zone and hopefully makes me appear to be less of a robot and more of a person.

You’ve been a member of the 2+2 forums for almost 12 years now and have recorded over 27,000 posts. How much time do you spend participating in and moderating the forums each day? It’s not a paid position, so why do you do it?

It’s varied over the years. In the early days I would spend several hours a day either moderating or making posts on 2+2 because I considered that my job, even though I wasn’t paid. Moderating and posting was the best way for me to contribute to the poker community at that time. That has definitely decreased since working with BLUFF. With traveling to events, there are some days that I don’t even read 2+2.

With such a love for the game, there must be some part of you that wishes you could be a player instead, no? Do you play often in home games or perhaps a BLUFF office game? Living in Atlanta, you probably don’t get to poker rooms too often, right?

There’s been a couple of occasions where I’ll go to play a home game with some of my co-workers at Paul Oresteen’s father’s house. He’s a real stickler for the game and has come up with his own list of rules (with several revisions) for the various games that can be played. There’s times when I can sneak away from the office and head to a poker tournament. In the middle of this interview, for instance, I paid a visit to the Seminole Hard Rock Poker Open in Florida.

As someone so well-known and beloved among the community of poker pros, they’ve showed their appreciation for you in the past by buying you in to the WSOP Main Event (twice, in 2012 and 2014). How did that make you feel each time?

Playing the Main Event the first time in 2012, I was thinking this would be my one chance to do so. Coming up with $10,000 of your own money to play is a difficult task for most casual players who’d like to tick playing off their bucket list. This year, there had been a few people privately talking to me about putting me into the Main Event. While the gesture was certainly much appreciated, there is also the possibility assisting the rest of my colleagues at BLUFF, as it’s a long summer for everyone involved with a lot of late nights all around. After getting approval from Lance, I passed the word along to Daniel Alaei who publicized the effort. Thanks to the generosity of many players I was able to play. Both times I’ve been knocked out during the last level of play on Day 1, which is a frustrating experience. Making it to Day 2 (and beyond, obviously) is the main goal in playing this event.

With a seemingly non-stop presence online at 2+2 and on Twitter, do you have time for anything else outside of poker? What other interests and hobbies do you have?

At this point, my life is poker. Finding a balance between poker and having a “real” life is something that I try to work on, to various degrees of success. Things that help me try to “get away” from poker are listening to music and reading.

Do you still see yourself doing the poker information grind 5 or 10 years from now? What does the future hold for Kevin Mathers?

Working here at BLUFF is the best job I’ve ever had, and certainly want to be a part for as long as possible. As for the future, if someone asked me five years ago, the chances of me being a relevant member of the poker community wasn’t likely. It’s hard to know what’s going to happen, but I’m hoping to enjoy the ride, wherever that takes me.