We’ve crossed the halfway point on the Great American Poker Trip. If you are just jumping aboard, my name is Jack Laskey and I’m a co-host of the Just Hands Poker Podcast. My co-host (Zach Resnick) and I are heading west in search of poker’s riches. Here, I am recounting highlights from our trip and taking a closer look at the poker culture I’ve experienced throughout my journey. Last week we were in Biloxi, and now we are in New Orleans.

In most parts of the world, stepping into a casino feels a little bit like leaving reality. The artificial lights, the whirring sounds of slot machines, and the odd assembly of patrons and emotions make for a somewhat surreal experience. In my time as a poker player I’ve grown accustomed to these sensations, but it’s never exactly felt normal, especially with the more subdued nature of most poker rooms. However, coming directly from the French Quarter made the casino experience feel emphatically mundane. 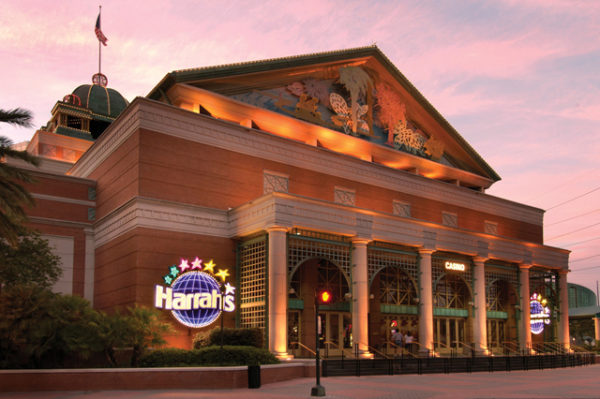 In a city famed for its embrace of degeneracy, the allures of a casino become slightly less seductive. On Bourbon Street, you would have never guessed it was Monday night. Harrah’s, on the other hand, was operating more than slightly below capacity. Thankfully, the poker room tends to populate somewhat independently of the rest of the casino. While many a blackjack table lied dormant, the poker room felt more full than not.

Zach and I got on the list for the sole $2/$5 game in the room, which looked acceptably good if not a little juicy. You can buy up to the largest stack at any stakes, so playing $1/$3 was far from out of the question, but both Zach and I were up for a little reg battling for the privilege of playing with the deep-pocketed fish.

We made the right call. One particularly grungy pro overheard someone trying to buy into the $1/$3 game for $17,000. Smelling more than a little blood in the water, he quickly convinced the rest of the table to bump up the stakes to $5/$10 so that this guy could buy in with his whole wad. We selflessly obliged. The pro went on to explain this new option to the potential whale, and all of the sudden this very drunk Portuguese man was sitting directly across from me with his roulette winnings.

Naturally, all of the pros at the table including Zach and I added on a few thousand. I took this moment, the arms race before the impending war, to reflect on the questionably morality of our actions at this table. It quickly became evident that this man would in all likelihood lose the money he put on the table. Not only were we speeding up the process by adding on, but we were facilitating the entire process. Sure, he had made his desire to play poker with $17,000 clear, but he was not in a state to make good decisions, poker or otherwise. Learning certain details about this man, including the fact that he had run up the money in roulette, made me feel much better about my participation. While I’m at peace with my decision to stay in this game, I wonder where that line falls for me and if I’ll realize I’ve crossed before I do something I regret.

In contrast to my reflections in the above paragraph, the game was so much fun. Our new friend was reveling in the table’s undivided attention. His joyful intoxication combined with the greedy excitement of everyone else feeling like they were one hand away from doubling the amount currently sitting in front of them gave the whole situation a sort of maniacal ecstasy. When the whale made his desire for additional drinks clear, the other pros started taking fireball shots with him. Zach and I have never been keen on mixing alcohol and $5/$10, and we had already been pushing those limits in coming straight from a jazz club on Frenchman’s street. Soon, Zach and I were the only people at the table remotely sober aside from the dealer.

Eventually, the man from Portugal lost the $17K and then lost another $1,500 from his wallet for good measure. He collapsed into his arms in a sudden despair that had certainly been building for the last few hours as his chips found new homes. Eventually, he got up and made his way out of the casino, and the rest of us, almost all big winners, made our way to the cage. I’ve always carried the image of the New Orleans hustler finding a way to separate a drunk tourist from his cash. I’m not sure if I achieved hustler status, but at least I wasn’t the archetypal tourist. 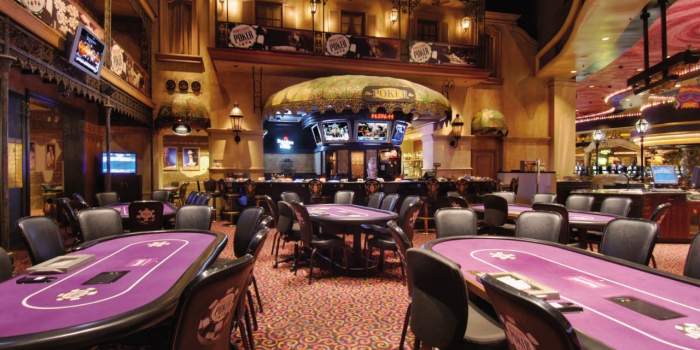 The poker clientele at Harrah’s capture part of the essence of New Orleans; not the rich cultural heritage, but the quality of having partied too hard for some extended period of time, perhaps immediately preceding the the present. When I first sat down in the $2/$5 game, I thought maybe I was playing with members of a slightly-past-their-peak rock band. It turns out these were just the regs with their local flair.

Much like Vegas, this is a tourist-driven poker economy. That leads to a slightly more artificial poker culture derived from a set of similar immediate circumstances rather than shared heritage and experience. It’s not a room where people know each other, but there is an adopted friendliness that isn’t as present in places like Vegas (if there are any). Generally, people are warm and open, possibly due to the varying levels of inebriation. All in all, Harrah’s New Orleans is a good time due to the people almost as much as the poker.

Harrah’s mostly offers limit and no-limit hold’em. For no-limit, stakes don’t seem to go above $2/$5 with any frequency and the $2/$5+ player pool is comparatively very small. There are generally many $1/$3 tables, so it should be extremely easy to find a great game.

The experience described above may make the game sound fantastic, but really, without the whale, the game would have been well below your average $2/$5 game in terms of profitability. The game is very pro dense and the pros are decent. The $1/$3 games, on the other hand, are really great due to the ability to buy-in for up to the largest stack.

If you like being around drunk people, you will love the atmosphere at Harrah’s. In all seriousness, there are a lot of people drinking who are on vacation and having a good time. It is a good vibe that can go downhill quickly when alcohol-fueled joy becomes alcohol-fueled rage. The $2/$5 game is reggy, which has social downsides as well as financial downsides. Still, the atmosphere is more upbeat than your average poker game, which is a plus.

The things that should be free were free, and all of the staff were friendly. This is a well-run poker room. Not much more to add than that.

Harrah’s New Orleans is located right outside of the French Quarter, right by many of the hotels. It is extremely convenient to reach, whether you’r a local or a tourist. The casino is well-styled and very clean like most Caesars properties.

There are a lot of awesome things to do in New Orleans, but if you are looking for a chiller night or just want to play some poker, Harrah’s is the place. Again, the $2/$5 games are kind of meh, but $1/$3 can get really awesome due to ability to buy up to the largest stack. And who knows, maybe people regularly get drunk and lose five figures in these games. You’ll have to go to find out. 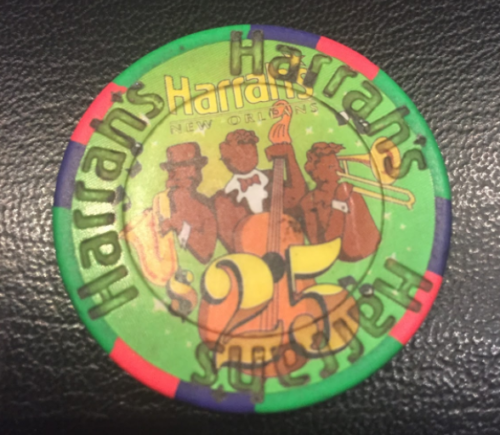