Get to Know the Poker Media: Matthew Showell 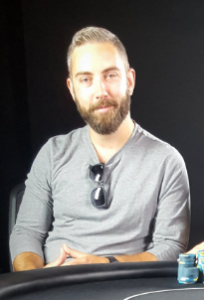 Since 2003, PokerListings.com has been at the forefront of poker media coverage. Just a couple years after it’s founding, Matt Showell joined the company. He’s still with them today, after having climbed the ranks towards his current position as Editor-in-Chief.

That much information it’s possible to glean from a bit of internet research, but it doesn’t really tell us much about Matt. I unfortunately haven’t gotten to interact with him much over my years running Cardplayer Lifestyle and that’s a shame, as he seems like he’s a really interesting guy who I’d be quite happy to meet and play some poker with. It goes without saying that Matt was an important “must-get” as an interviewee for our “Get to Know the Poker Media” series. I’m grateful that he’s agreed, and am happy to have gotten to correspond with him more frequently and learn more about him in the process.

As mentioned, most poker fans are familiar with the PokerListings brand, but the people behind that brand are somewhat more of a mystery. It’s time to shine some spotlight on one of the more prominent movers and shakers at the company, Matt Showell, who has provided us all with such great poker writing as well as multimedia entertainment over the years.

I’ve been in poker writing for just over 10 years. During the summer break before my fourth year of university, I did a freelance gig at the World Series of Poker for PokerListings.com. That was in 2006, the year Jamie Gold won, and it was right at the peak of the poker boom so the WSOP was really wild with lots of online poker room money flying around for parties and fun stuff.

I originally got the WSOP gig by answering an ad on Craigslist in Vancouver. I’d been playing poker online for a few years to make extra money while going to school and followed the poker world as a fan.

After the 2006 WSOP, PokerListings.com offered me a full-time job traveling all over the world to tournaments to create content for the site. I dropped out of university and was on the road roughly ten months a year writing about poker. I’ve been working for them ever since. 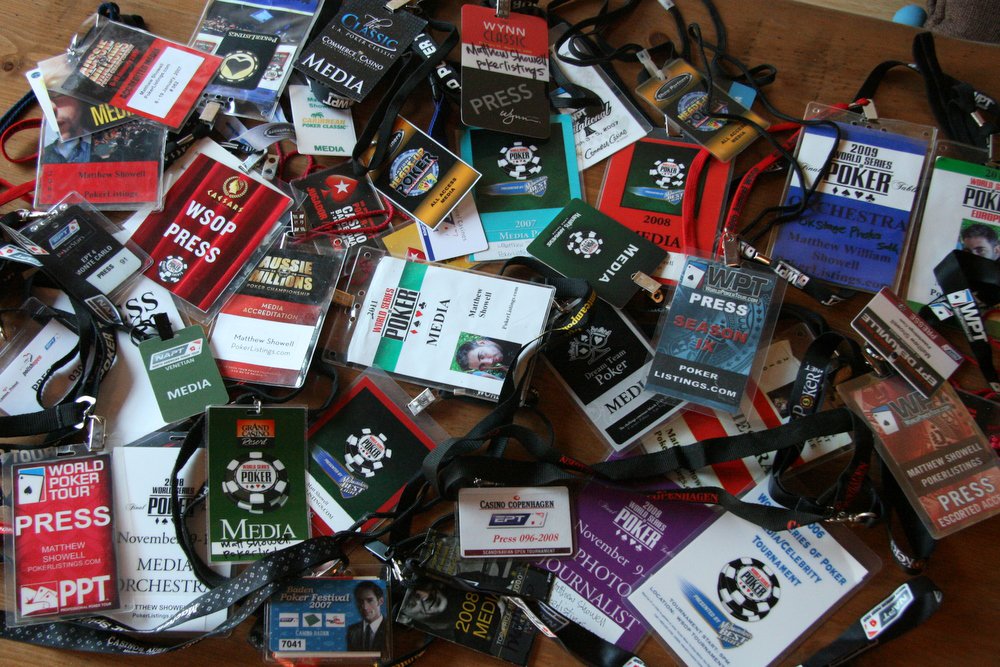 What other sort of work, beyond writing, do you do in your position as Editor-in-Chief of Pokerlistings?

After traveling to live tournaments pretty heavily for like five years I was really happy to reduce my time on the road and spend more time creating content from Vancouver.

Three years ago we built a small video studio in a historic warehouse-conversion in Gastown and started working on more developed video content.

We’ve made a lot of strategy and tutorial stuff geared towards beginners in an effort to make poker more accessible and less intimidating for new players.

We also do short documentaries to try to dig deeper into interesting stories.

I also work with an amazing editorial team to create ongoing news, interview and strategy content as well as copy for all the reviews and other resources on PokerListings.com.

What would you say are the main things that make Pokerlistings.com unique among other poker sites? In other words, within your editorial vision, what sort of content do you try to focus on and produce that other poker sites don’t?

PokerListings.com has always had the goal of bringing poker to as many people as possible and that’s guided our editorial direction in a big way.

We try to create content that helps introduce poker to new people, makes poker more accessible for people already interested in it at a beginner level and just generally tells interesting stories that have a tie in with poker.

There are so many genuinely compelling people and stories in the poker world and I think it’s really important for us to shine the spotlight on them. I don’t think you can overestimate how important inspiring new and existing players is to the continued success of the poker industry.

It’s practically impossible to write anything about Pokerlistings without mentioning the Battle of Malta. Over the last few years, it has become a staple of the poker tournament calendar. Would you care to please tell us how the concept originated and why it’s such an important part of branding for the site?

The Battle of Malta is such a blast. It’s really turned into something special over the last four years.

The idea was originally brought to PokerListings.com by Ivonne Monteleagre with the goal of making a low buy-in poker event that could provide the kind of experience you get at major events like the European Poker Tour.

Ivonne’s vision was basically an event where you can win big money for a small buy-in, but also to make sure everyone who doesn’t make it deep has so many parties and fun stuff to do that they completely forget about having busted. It’s a good formula.

PokerListings.com is already based in Malta, which is such a great location. A lot of people have never been to Malta and it’s honestly a place everyone should visit at some point.

Watch our video tour of Valletta. Mind-blowing how beautiful it is. #unesco #BattleofMalta https://t.co/JPdD21JqOr pic.twitter.com/H4DYsjpTcM

Maria Ho is back for her third year as host after taking over from Kara Scott and we’re gearing up now for another great event this November.

What is it that you love about poker that has kept you so interested in the game for over a decade? 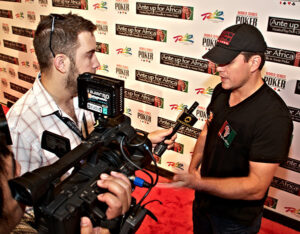 Poker has played such a big role in where my life has gone over the last decade and I’ve been blown away by how special the poker world is.

When I was younger, I loved traveling to new places and meeting new people every day. Poker tournaments attract a very interesting variety of people.

I don’t know how many hundreds (or thousands) of interviews I’ve done but it’s been a great experience. I’ve been able to talk to the smartest poker players in the world, famous celebrities and athletes, and a huge cross-section of everyday people from all around the world.

Having been in poker for a while, I’ve seen all the places poker can take people and there’s really nothing else like it in the world.

How often do you play poker? Home games mostly or in poker rooms? Online or live (or both)? Cash or tourneys?

In Las Vegas I play low-stakes cash games and tournaments for fun, but in Vancouver pretty much the only poker I play is the home game at our studio.

I work on the computer so much that online poker isn’t very appealing to me in my free time, but I love having a beer and joking around with friends and poker’s the perfect excuse to do that.

When I was a tournament reporter, the biggest misconception was that I got to live it up in all these exotic locations while in reality I was working 18 hours a day in the basement of a casino.

What sort of jobs did you have before getting into poker writing?

That’s a pretty eclectic mix of jobs. Is there anything you learned from doing any of that work that has served you well during your poker media career?

My previous jobs didn’t really teach me anything specifically applicable to poker writing, but they definitely helped me learn something about work ethic. I’ve always tried to take pride in whatever I’m doing. I feel really strongly that if you decide to spend your time doing something, even if it’s not a glamorous job, you shouldn’t half-ass it. I like to create things I can look at and be proud of, whether it’s a garden or a poker story.

Let’s switch gears a bit. Could you tell us a bit more about your personal life; where you live, family, etc.? 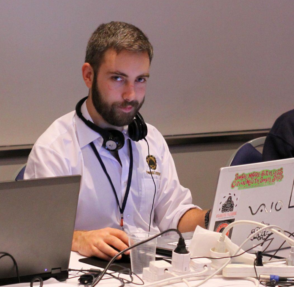 I got married last year and it’s been amazing. The wedding and honeymoon were definitely the happiest times of my life so far.

My wife is a social worker in a pretty rough neighborhood close to Vancouver and she works with families and children struggling with a wide variety of challenges.

Her passion for her work is a big inspiration for me and I’m so grateful to have found someone I love and trust. I didn’t always have a lot of confidence that it would be possible to find that.

Reading, exploring the outdoors through camping and hiking, playing guitar, building stuff in the shop in my garage, playing golf/disc golf, cooking.

Definitely the documentary video stuff we’ve done. It’s fun interviewing people at poker tournaments but it can challenging since you’re usually working with a limited amount of time.

When I’ve been able to spend many days with someone telling their story in a documentary format we can get a lot more depth.

What articles or other content that you’ve written/produced do you look back upon and say “that was my best work”?

We’ve just released a new short documentary telling the story of poker legend Stu Ungar’s third world championship win. We spent a lot of time interviewing people over this past summer including Billy Baxter who backed Ungar in the ’97 Main Event, Ungar’s close friend Mike Sexton, Nolan Dalla, who wrote Ungar’s biography, and other poker legends who were there in 1997.

It’s an incredible story and I’m really proud of how the video came together. I’d definitely recommend checking it out.

Other stuff I like includes last year when we followed Jason Koon as he played over $600,000 in tournament buy-ins in a single week in Las Vegas. That was a lot of fun.