The Folly of PokerStars’ Spin & Gos

The recent acquisition of the PokerStars brand by the Amaya gaming corporation has seen massive changes come to the world’s largest online poker site. Of all those made, none has incited as much debate in the poker community as the new “Spin & Go” format. Change is of course accepted slowly in any established community. That being said, the discussion swirling around Spin & Gos has been noticeably impassioned – sometimes even outright vitriolic – between those who feel this new game offering is the shot in the arm online poker has been waiting for and those who believe it will be its death knell.

The debate centers on the aggregate effect of the following two questions:

A “Spin & Go” tournament is a hyper-turbo style “Sit & Go” with the following structure:

Where this format diverges from the traditional sit-and-go format is that before the first hand is dealt, a multiplier of the buy-in is chosen (either 2x, 4x, 6x, 10x, 25x, 100x, 200x or 1,000x) to determine the payout for the winner of the tournament.

This is visually displayed by a spinning wheel on each player’s screen: 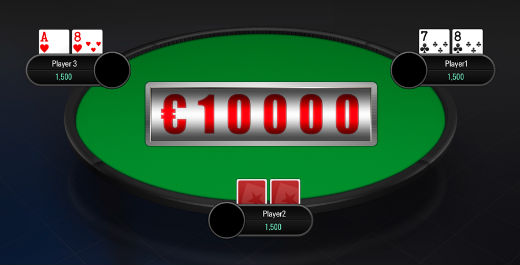 Since Black Friday, the number one issue for the online poker economy has been attracting new players to the virtual felt. In the “old days”, PokerStars‘ brand marketing strategy focused on presenting poker as an “everyman” sport – where you too could throw off the shackles of the 9–5 grind and go pro – if you were willing to put in the effort necessary to make it to the top. This dynamic is commonly known as “The Moneymaker Effect”. 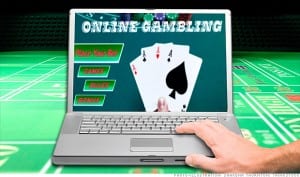 Image from CNN Money; used for illustrative purposes only

However, it appears safe to conclude that, at a minimum, PokerStars has chosen to hedge this strategy.

In an effort to bring in new depositors to the site it has re-oriented the marketing pitch to the impulses of the casual gambler. A recent promotional spot for the site in the UK declares quite simply, “Three players, one spin, and you can win up to $30,000…in just five minutes”; this is a stark contrast in messaging from the iconic PokerStars slogan, “Find the PokerStar in you”.

The math of it all is still being debated by people much smarter than I am, but regardless of whether or not this new format is “beatable” it’s obvious that PokerStars wants people to think of Spin & Go’s as gambling.

That thought is troubling to me, since – taken to its logical conclusion – it means that PokerStars sees the future of its brand not (just) in poker, but in casino games cloaked in the cultural legitimacy that poker has managed to gain as a “skill game” since the 2003 WSOP.

This is a seismic shift in the online poker landscape. I believe that it is also a big mistake.

Rethinking the Liquidity of the Poker Economy

The “Poker Boom” saw the game explode in popularity across the globe for two reasons:

People must have an interest in playing the game before they can be converted into actual, depositing, poker players (Recreational or Professional). Let’s call this dynamic “Liquidity of Interest” (LQI). The debate over LQI is necessary and important, but it’s only half of the equation.

Let’s call this dynamic “Liquidity of Access” (LQA). Whether we like it or not, LQA has only one determining factor: Sovereign Governments that control our access to online poker sites and our ability to get money on and off of them.

The LQA of the global online poker economy was devastated by “Black Friday” in the US and the “ring-fencing” of national markets in Western Europe. Recently, however, governments have begun to rethink these policies in favor of increased LQA as they realize that higher actual liquidity means more tax-revenue.

Tangible progress is very slow in coming, but the beginnings of change can be seen:

However, while governments may now be coming around to the view that LQA is essential to their ability to get the most tax-revenue possible out of the online poker economy, they still must operate in a political environment where powerful interests oppose online gambling.

The continued decoupling of “poker” from “pit games” is essential to these positive developments. It provides cover to politicians who are more than happy for the increased tax-revenue, but not at the expense of being labeled “pro-gambling”.

What PokerStars has done with Spin & Go tournaments is provide anti-online poker advocates a huge spinning prize wheel on a computer screen to show Pols while asking, “does this look like a skill game to you?”.

This greatly endangers the LQA part of the equation because PokerStars can’t even deny the charge. Their own advertising is now aimed at undercutting whatever cultural progress has been made towards placing poker in a different category than pit games such as Blackjack, Slots, and Roulette.

This makes it a near certainty that efforts by PokerStars to decrease regulation of online poker markets will become increasingly difficult.

A PokerStars representative recently posted on the 2+2 forums to address some of the major concerns about the Spin & Go format expressed by members of the poker playing community. These included a broad range of sensitive topics including rake, variance, and the migration of recreational player pools. 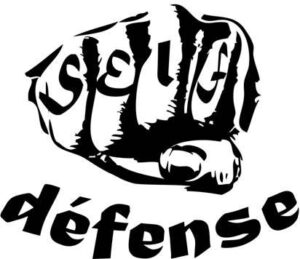 However, conspicuous in its absence is the presence of any comment about the impact that increased efforts by the company to brand poker as “gambling” will have on efforts to increase LQA through more favorable industry regulation in key markets.

To be fair, this issue is not currently receiving the attention it deserves within the community. Nevertheless, I think many would appreciate hearing PokerStars acknowledge the risks inherent in this new strategy, and at a minimum provide reassurances that they have taken them into consideration.

What’s most essential to PokerStars seeing a return on their investment in their new marketing efforts is that the trend towards increased LQA continues. If it were to stall, the company would face continued ring fencing of markets globally, as well as less access to untapped markets in the US and a higher likelihood of continued state-by-state ring fencing.

The new Spin & Go format irrefutably undermines this, and is thus potentially devastating to the online poker ecosystem, and by extension, PokerStars’ investment.

*Disclaimer: The opinions expressed in this blog post are those of the author only and do not necessarily reflect those of Cardplayer Lifestyle.