Five Great Books to Take to the World Series of Poker

The return of the World Series of Poker (WSOP) has seen thousands of poker players head to Las Vegas with dreams of winning a gold bracelet. That right is reserved for those who conquer a WSOP event and take down the top prize. Along the way, players will have to negotiate other opponents, the Rio’s sub-zero temperature, and some devilish poker formats that last for days on end.

Many will grind it out sitting at a poker table for hours on end, possibly passing time between hands on sites like Casinobud. Others, however, prefer to read. So, with more and more players reading at the poker table as well as between sessions, we have decided to share the five books you should take to Sin City to keep you company this fall.

Our first pick is an absolute must for anyone looking to make the most of their tournament poker skills. Jonathan Little’s magnum opus is a poker strategy book for the ages. This book is a wonderful read at the World Series while players grind tournaments that range from $400 to $100,000 in entry fees.

Little’s neat explanations of age-old problems will have you nodding in agreement and reminding yourself of the leaks in your own game that need plugging. From breaking down each stage of a tournament to providing just enough inspiration to go with the perspiration, Jonathan Little’s Secrets of Professional Tournament Poker should be this generation’s Super System. 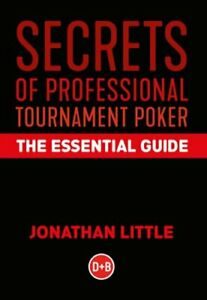 READ MORE: Our review of Secrets of Professional Tournament Poker

Released just this month, O’Kearney and Carter’s third poker strategy book Endgame Poker Strategy has raced to the top of the bestseller charts in poker, and rightly so. If you’ve reached the latter stages of a poker tournament at the World Series, then the advice in this book could make you tens of thousands of dollars.

Endgame Poker Strategy contains a lot of complex problems which are broken down into easy-to-learn formulas in O’Kearney and Carter’s inimitable style. Just as their first two books went down in history as changing poker players’ lives on the felt for the better, this book is certain to do the same for anyone good enough to reach the final stages of a poker tournament… we’ll get back to you when that’s us! 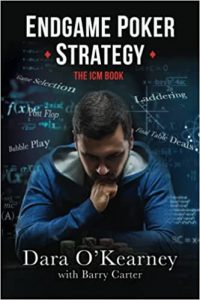 3. The Biggest Bluff by Maria Konnikova

One of the best poker books in recent years, Konnikova’s best-selling book approaches poker from a psychological viewpoint and takes a holistic yet scientific approach to the game. Konnikova’s research builds towards her own participation in poker games and leads to a battle for profit that The New Yorker writer describes with aplomb.

If you enjoy The Biggest Bluff, then we’d recommend The Confidence Game just as highly, in which Konnikova explores the intrinsic wiring that allows us to be conned. She also shares the confidence trickster’s motivation. Which is nice to know when you’re getting bluffed on the river in a $100 Rio special. We can’t recommend this 2017 autobiography highly enough, especially during your WSOP grind. Hellmuth is, of course, the record holder of 15 World Series of Poker bracelets, five more than anyone else. In Poker Brat, Hellmuth’s own words about how he did it are a priceless inspiration and can drive your own quest for gold during October and November.

This at times revelatory book, especially concerning the way Hellmuth grew up as a kid with unidentified ADHD and rose to be a poker World Champion, sees the Poker Brat of the title having mellowed since the book came out. He’s at points hilarious, at others moving, but he always grabs the headlines, and this book is a fine example of exactly why. Phil Hellmuth is never, ever not highly entertaining. 5. The Long Walk by Stephen King (writing as Richard Bachman)

Our only non-poker book on the list is a novel published in 1979 under the pseudonym Richard Bachman. It is actually, however, Stephen King’s first story, The Long Walk, which was conceived in 1966 while he was in his freshman year of college.

The tale centers around the fate of 100 boys, who are competing in the long walk of the title, where they must walk across America. There’s only one catch – if they stop, they’re dead. Acquiring warnings when slowing down and stopping, they are whittled down until just one ‘player’ wins the ultimate prize. Think of it as a Battle Royale format for the deadliest of poker tournaments in which bluffing can mean the difference between life and death. 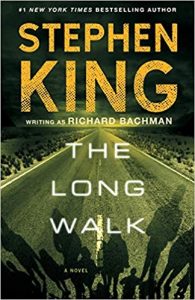 Whichever of the books above grab you, make sure that you take your A-Game to Vegas. Who knows, you could be about to write the most exciting chapter of your poker career so far.