Drinks and Double Board Bomb Pots in Austin, Texas 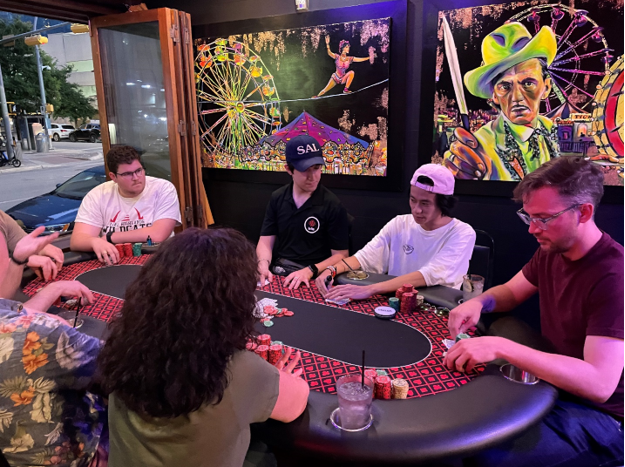 I mapped out my first day in Austin, TX, well before I arrived for my four-day trip. Inspired by a desire to experience the Texas poker club scene firsthand, I booked a flight, a rental car, and an Airbnb for my stay in Texas’ capital city.

My flight landed at 2 pm, and I couldn’t check into the Airbnb until 5 pm. That allowed an ideal opportunity to head straight from the airport to Texas Card House in North Austin.

I’ve heard the stories about the games at Texas Card House, which offers poker at multiple locations across Texas. Via my last article for Cardplayer Lifestyle, however, my friend Dan Ross read that I was going to Austin and wanted to know if I wanted to connect with one of the locals for recommendations on the best games in the city.

Ross, the founder of Hold’em Media, knows just about everyone in the poker industry. He put me in touch with Rob Perelman, an Austin resident and another poker industry veteran.

Through text, Rob informed me that I should change my immediate plans after landing. He invited me to check out what he called the best $1/$2 game in town, at a bar in downtown Austin.

Texas Poker at the One Time Card Club

I definitely couldn’t pass up Rob’s offer, especially considering that this was a solo trip to a city I’ve never visited.  He told me the game started at 6 pm and that my first drink was free.

I generally don’t drink while playing poker, but I figured this was an excellent time to make an exception. One Time Card Club, as it turns out, runs a game at Grandstand Bar in the heart of downtown.

The game runs every Thursday and Sunday as a $1/$2 No-Limit Hold’em cash game. Bomb pots play out once per orbit, usually in the form of double-board PLO.

I sipped on my first Old Fashioned of the night and settled into one of the most enjoyable poker games I’ve ever experienced. This game played big, with a max buy-in of $300 and the allowance for any player to top up to three-fourths of the biggest stack at the table at any time.

There were definitely a few adult beverages going around that night. Using Andrew Neeme’s technique of drinking a glass of water between every cocktail, I managed to stay reasonably coherent for most of the session. 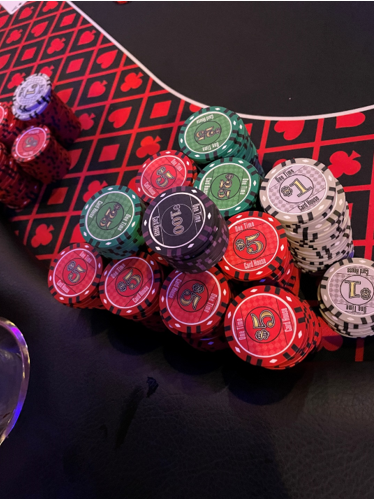 Winning, obviously, makes for a fun night at the poker table. I ended cashing out $2,200 in profit, resulting from a night of picking up strong hand after strong hand (i.e., not exactly a skill I picked up from one of the top poker training sites 🙂 ).

Even some of the double board PLO bomb pots went my way, although I had no idea what I was doing. The players, the staff, and the owners of the bar and the club were tremendously nice, and I couldn’t ask for a better start for my trip to Austin.

Somewhere in that eight-and-a-half-hour session, a player challenged me to a $500 heads-up match at somebody’s house in Austin the following night. It seemed like a great idea at the time, and we put in a stipulation that if one of us backed out of the challenge, that person had to pay up $200.

Come Friday morning, I realized I wanted to spend that day exploring Austin, instead of playing a form of poker in which I undeniably have no clue what I’m doing. I settled that $200 “bet” on Venmo later in the weekend and spent Friday on non-poker activities.

By Saturday morning I was ready to get back to the felt. On Rob’s recommendation, I headed to Shuffle 512, a poker club that offered a $10,000 guaranteed tournament that day.

Tournaments are yet another form of poker that I avoid, but I figured the cash games there could be good with the $10k guaranteed going on. Rob told me the games at Shuffle 512 were more like home games than a casino grind, and that description couldn’t have been more spot on.

All of the guys at the $1/$3 table that I played knew each other. Lots of good-natured trash talking went on, along with the Texas-style level of action I was introduced to at the One Time game.

I was a bit intimidated in the first couple of orbits, however. Everyone at the table was straddling to $10 early on, and $1/$3/$10 No-Limit is a bit above my comfort zone. 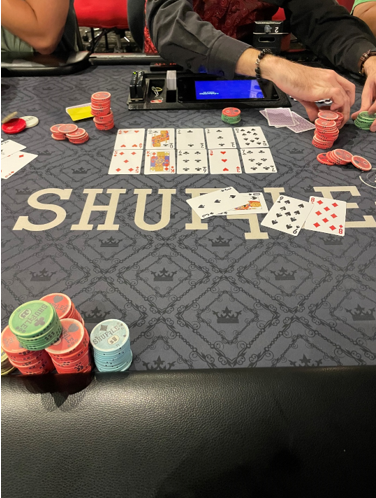 The straddles eventually became intermittent. The double board PLO bomb pots were a regular thing though, coming once per orbit, once per dealer change, and at any time anyone requested an “emergency” bomb pot.

Much like the Thursday session, double board PLO led to the biggest pots I’ve seen in low-stakes cash games. I didn’t see too much folding in the bomb pots, and got lucky enough to scoop a couple of them at Shuffle 512. Making aces full on both boards can really help a player that’s otherwise clueless to double board PLO bomb pot strategy.

This is what a $1/$2 double board PLO bomb pot looks like at a bar in downtown Austin, TX. Research for an upcoming article for @cardplayerlife pic.twitter.com/6zldb53xMN

The cards really came my way throughout the entire trip in Austin. I came out ahead enough to pay for the whole trip, even the rental car that stayed parked at the Airbnb the entire time I was there.

Some of the other highlights from the Austin trip included a dueling piano bar on Sixth Street, bats flying out from under Congress Street Bridge in the thousands, and BBQ brisket that lived up to my expectations.

The Austin poker scene was hands down the highlight of this trip though, particularly that first night at One Time Card Club. My next visit to Austin will come soon, without the rental car, and begin on a Thursday.