It is no secret that the online poker market is highly competitive, and this doesn’t apply just to the players. Poker sites, too, have to constantly stay on their toes to keep their existing player base and attract new players.

A few major operators have been “running the show” for a few years now, pretty much uncontested, but one online poker room has emerged recently, willing to enter the fray and do what is needed to compete with the “big boys.” The room is WPT Global, an operator that has only been around for a few months, but whose marketing efforts thus far have been exceptionally impressive.

Expensive, to be sure, but the company seems to have its ducks in a row and understands how to utilize their marketing budget in the most efficient way. 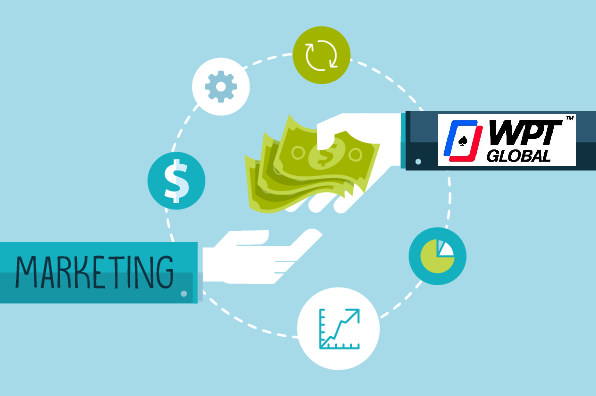 Overlays are a wet dream of any semi-serious tournament player. They mean you get more value for your buy-in, and the bigger the overlay, the better that value is. In general, operators are never too happy about overlays as they have to pay the difference out of their own pockets, but WPT Global doesn’t seem to have a problem with them.

This event alone will cost us in excess of $900k. It’s the most generous tournament overlay since the guys at Stars forgot to enable late registration on the Warm Up 🙂 https://t.co/QR8LfFrbmY

On the contrary, their Summer Festival, the first MTT series run by the room boasting $3.5 million worth of guarantees, has been filled with them.

In particular, the $1-for-$1-Million tournament stands out the most here, as the operator made it so that players can rest assured that there’ll be more than $900,000 in overlays no matter what. So, it’s basically a $900K giveaway, and players just need to pay $1 for the privilege to try and claim some of the free cash. 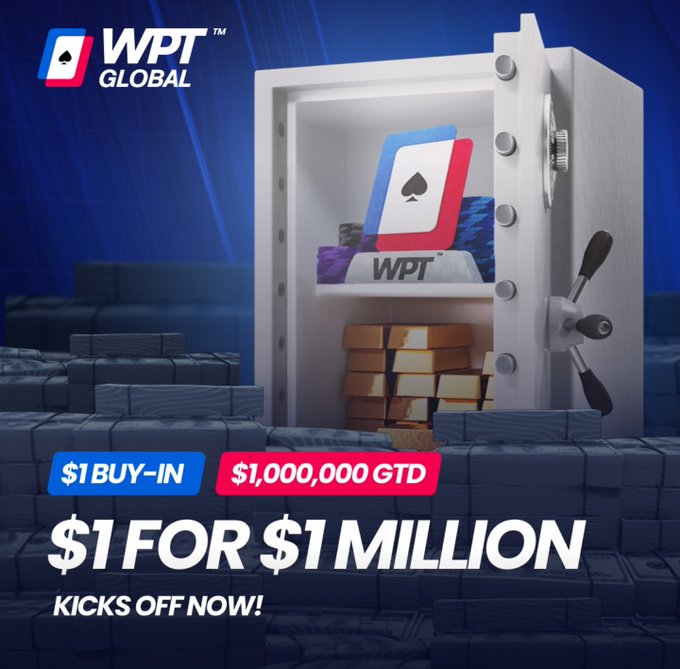 At first glance, this seems a bit insane, but it is an excellent promotion to attract new players, all of whom will have to make a deposit. Some may deposit just the $10 minimum, but many are more than happy to put in some additional cash and take advantage of the welcome bonus and other goodies on offer, like Summer Festival freeroll tickets.

The fact is that with other tournaments in the Summer Festival featuring hefty overlays, there is every incentive to deposit more and take advantage of all the extra value up for grabs.

From my experience playing at WPT Global, not only do the tournaments have overlays, but games generally tend to be way softer than anything you’ll find on other sites. They are filled with lesser-skilled players, even at higher buy-ins ($110+).

So, giving away all this extra cash through overlays and promotions may not seem like the best idea in the short run, but long-term, it’s the perfect way to get many new players onto the platform while generating hundreds of thousands worth of deposits.

Is it a risky strategy? Of course, no doubt about it. But at the same time, given the current online poker climate, it feels like it could really pay dividends in the long run. It is no secret that action attracts action, and WPT Global already has some impressive player traffic numbers. Giving away what’s likely to be more than $1,000,000 in overlays during the entire series may seem wild, but it could be precisely what they need to get them across that critical line. Once there, they’ll be home safe.

Moreover, WPT Global General Manager Alex Scott even stated himself in a recent interview with Cardplayer Lifestyle founder Robbie Strazynski that “We are probably the only poker startup ever not to have a liquidity target… I care about different things,” which he then proceeded to lay out in his reply.

Bringing Back Funny and Creative Ads

Those of us who remember the old Full Tilt Poker days also remember some of their funny ads over the years. Sure, we all know what happened to that ill-fated brand because they didn’t properly segregate player funds, but credit where credit’s due – they had some hilarious marketing ideas, and they weren’t afraid to run with them. This certainly helped them become the market leader and hold on to that position for a while.

WPT Global has been taking a similar approach with their ads, and the feedback so far has been great. It’s not just that I like them – everyone I have talked to seems to share the sentiment. They are funny, interesting, and feature some of the best-known poker names of today – including none other than Poker Hall of Famer Phil Ivey.

WPT Summer Festival now at @wpt_global including the $1 buy-in $1 million guaranteed event. See you there pic.twitter.com/OrL3cXOOJE

There is nothing wrong with having a bit of fun at your own expense, and a marketing strategy that brings smiles to people’s faces can’t be bad. It’s fair to say that over the years, poker has become “serious business,” and a lot of fun has been sort of stripped away from it. To see WPT Global bringing back these funny and chill ads is just awesome.

Lots of very cool @wpt_global events going right now including the $1 for 1 million. I may have gotten a little carried away with the planning of it; as a result, we expect an overlay… pic.twitter.com/mGCzkIIYm2

Let’s face it – hardcore grinders may not care about these types of ads (they certainly will care about overlays and the fact that WPT Global DOES properly segregate player funds), but for an average recreational player, this is the kind of invitation that works. A poker room that is willing to make fun of its own ideas in 2022 – I didn’t think we’d see another one of those if I’m being completely honest.

Will the Strategy Pay Off?

I’m not an industry insider with access to all the numbers and data — and even if I were, I wouldn’t know how to read them — so, statistically speaking, I have no clue. But from a purely player’s perspective, it seems like these marketing tactics ought to work.

Beyond offering value and fun, there’s even a whole NFT side of things that adds a whole new layer to the WPT Global operation that sets them apart from everyone else.

It will be interesting to see what comes next for WPT Global and where they are once the dust settles a little bit, but overall they seem headed in the right direction!