The Bubble that Wasn’t Supposed to Burst

For three weeks now I’ve held my tongue. I’ve wrestled with myself nonstop, wondering if this poker blog is the appropriate forum via which to share my thoughts. I’ve bounced the idea off colleagues who opined that it might not be wise to “have the writer as the center of the story”. On the other hand, I reasoned, I own this site and could choose to publish whatever I please. Then again, I didn’t want to potentially alienate my audience – you guys – who keep on coming back here to read what I have to say about poker. After all, I even wrote myself that poker and politics don’t mix well.

But then the bubble burst.

Sadly, I’m not referring to the bubble of a tournament.

Last Friday night, at 8:39 pm, a shrieking siren pierced through the tranquil silence of my shabbos. My wife, my mother-in-law (who had come over to join us for dinner), and I all looked at each other in disbelief. Sirens?! Here?! Why on Earth would Hamas be firing rockets in the direction of the Shomron (a.k.a., West Bank)?! 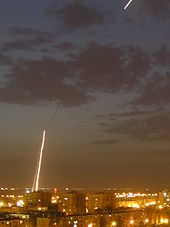 Instantly, the three of us ran to my sleeping kids’ room where we yanked the three of them (ages 6, 4, and 2) out of their beds. We then ran to the narrow corridor of my apartment, the “safest” area, where we huddled together, crouched low, tried to calm down my crying children, and prayed.

My little bubble had burst.

Having grown up along the sunny shores of Los Angeles, I’ve now lived in Israel for 15+ years. Over that time, I’ve experienced my fair share of trials and tribulations, which all come with the package deal of living in the world’s tinderbox. Residing way out in Karnei Shomron though, I never imagined that our serenity would be disturbed by sirens warning of an impending rocket strike. To point, I even penned an article about that a couple weeks ago in the Times of Israel. How shortsighted my chosen title now seems. 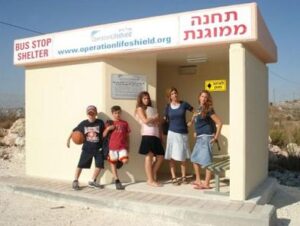 To be sure, I’ve experienced plenty of tense moments ever since this current war began. I commute daily into the Tel Aviv area, which is about 35 miles away from home. While walking from the train station to my office, I’ve caught my heart beating 1,000 times a minute not because I’m bluffing, but rather because I’m huffing and puffing, running towards the closest bomb shelter. When the sirens first blared in my Dad’s neck of the woods, he told me the following morning of how it had broken up his home poker game – all the players’ wives immediately calling their husbands to come home. He also shared with me the numerous times he’s witnessed rocket interceptions with his own eyes. I’ve got my brothers, aunts, uncles, and cousins checking in with me on a daily basis from abroad to see if my family and I are okay; usually ending off with wishes that we “stay safe”, whatever that means…

Day in and day out I still find it an impossible struggle to maintain my focus. To a large extent, I’m almost always on edge, wondering what tragedy the next bit of news will bring from the front lines. Indeed, concentration seems to constantly elude me, much like the flush card you can never seem to catch on the river.

But at least until now my nights and weekends had been peaceful. I could retreat back home where no sirens would blare and no Iron Dome missiles would intercept rockets, bursting in the air. I could record new episodes of the Top Pair Home Game Poker Podcast without worrying if loud noises would interrupt. My home still represented a safe place where I could get my mind back to thinking about pocket rockets and poker booms, not the aforementioned sounds and weapons of war.

Not anymore – that bubble has burst.

The Continuum of Heroism

I suppose not all has been bad though. I’ve been emboldened by people I know who’ve reached out so kindly with words of support. I’ve been pleasantly shocked to hear from acquaintances I’ve gotten to know through poker – Jewish and non-Jewish alike – who’ve called me a hero, just for living here and thus be “fighting the good fight”. They’ve put their money where their mouths are too, sending hundreds upon hundreds of dollars my way to purchase food and supplies for our brave IDF soldiers, who are fighting to liberate the Gazans from Hamas just as much as they’re fighting to protect Israelis. 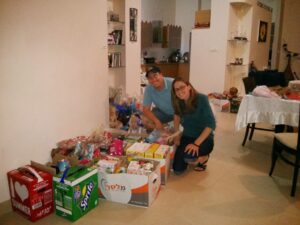 My wife and I posing with $1,000 worth of food we collected for our soldiers

And yet I feel “spoiled” and to a large extent a “wimp”. I’m not the one out there in a uniform, serving my country. Hundreds of thousands of my fellow Israelis, living far closer to Gaza, have known the sounds of sirens for years. Their children have already grown up learning the words “shelter” and “code red” far too early, knowing they’ve sometimes only got as little as 15 seconds to make it to safety. So many parents here have already lived through that nightmare of grabbing the kids out of bed, out of the bathroom, out of the showers – to run for cover. I’ve been “lucky” that only yesterday I heard my kids tell me for the first time that their summer camp location was moved down the block, so they can be closer to the shelter in the event of a siren.

It’s all a matter of perspective I suppose, with my own little life just fitting in somewhere along that continuum of heroism.

Where to from Here?

So many times during this conflict I’ve found myself wishing that I could jet off on a plane to Las Vegas, where I could relax and just play endless sessions of poker until this all blows over. But I cannot leave. In the real world, there’s no such thing as asking for a seat change. Staying here and continuing on with our routine and day-to-day lives, clinging to life – a value that our Hamas attackers clearly attach no importance to – is the only way to send them the message that they will not win. 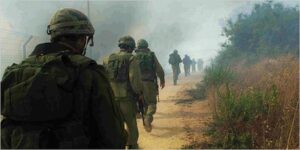 Some feelings and experiences transcend poker and need to cause us to look up from our stacks. Thanks to all of you who’ve taken the time to read these words, and for your understanding as to why I’ve chosen to publish them here.

Like all heads-up battles, you’ve got to know when to hold’em and know when to fold’em. Bubble or no bubble, Israel is my Homeland – where I belong – and nobody, no matter how intimidating, is going to eliminate us.

I tried to find reference to Palestinian people and their claim to the land in the Israel,and I can’t.For same reason,nothing shows up before the 1960’s.Another attempt by (?) to change the history?