9 Topics You Should Never Discuss at the Poker Table

Poker at its heart is a social game. The love that most recreational live poker players have for the game stems not only from the potential for financial gain that poker provides, but also for the opportunities it presents to be intellectually and socially stimulated. Some of the best poker games create great memories not because of the hands that are played, but rather because of the jovial mood and conversation at the table throughout the night. That said, there are limits to what should and shouldn’t be discussed at your poker table. Be sure that you and your tablemates stay away from the 9 topics below and it’s practically a guarantee that – at least socially – it’ll be a pleasant evening of poker. (If you’re in need of some topics you SHOULD talk about, then read our blog post about 9 Topics You Can Always Discuss at the Poker Table). 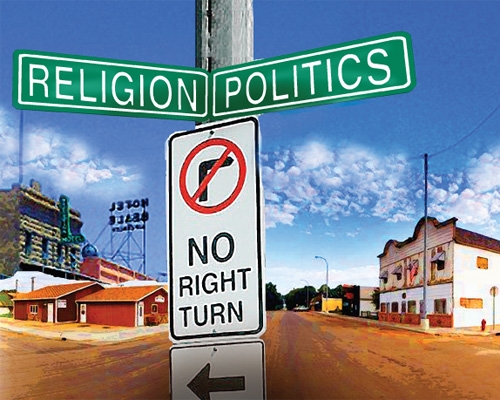 There’s nothing that can drive a wedge among people like politics. Sure, it might be fun to muse about which candidate may win an upcoming election or to publicly opine on a trending political issue, but more often than not you’re likely to end up in some sort of heated argument with at least one of your tablemates. People are passionate about poker but they’re often just as, or even more, passionate about politics. There’s nothing objectively wrong with political discussions, but the fact is that you came to the poker room to play poker, not to attend a town hall meeting. It’s probably best to keep it that way.

Notwithstanding that many politicians enjoy a good game of poker here and there, if you know what’s good for you – and good for your poker game – you’ll do what you can to ensure that conversation steers clear of anything too political.

You know how I just mentioned that there’s nothing that can drive a wedge among people like politics? Well, perhaps there’s one major exception: religion.

Most of the world’s wars have historically been waged over religious differences among people. There’s no reason to ignite World War III at your poker tables over a discussion about anything having to do with religion.

Part of the beauty of poker is that it enables people from all walks of life to unite around a common interest. The way to preserve that unity is to ensure that players don’t bring up a religion-related topic sure to divide them.

The only battles that should be being fought at the felt are showdowns between poker hands.

3. Never Talk about the Current Hand Being Played

Every sport has a code of ethics. Part of poker’s code is to not discuss a hand with anyone else at the table while there’s still action in play. This applies whether you’re still part of the hand or whether you’ve already folded. 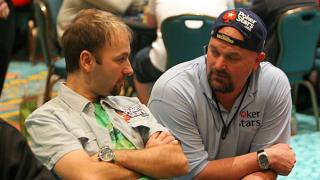 There’s a time and a place for poker discussions

Discussing the current poker hand while it’s still being played out is wrong on at least two very important fronts:

Even if you decide to quietly whisper the cards you folded to your neighbor at the table, you may be overheard and that could swing the outcome of the hand.

Until a hand is over, then, it’s best to keep your thoughts about what’s taking place to yourself – possibly just jotting down a poker note on your phone. Moreover, if another player not in the hand starts to chatter about the hand while it’s still in play, you’re well within your rights to ask him/her to keep quiet.

Don’t you just love when you’re trying to get a read on your opponents or make mental poker math calculations and other players at the table are still going on and on about a “sick” hand that was played 1 or 2 orbits prior?

Yea, we can’t stand it either. 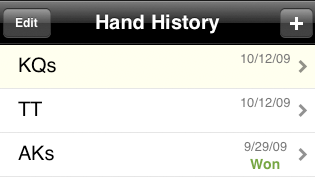 There’s absolutely nothing to be gained from attempting to reenact a hand. More often than not, there’s likely to be an argument over exactly which cards were on the board, what order they came in, which players were holding what, and who was in what position.

Rather than keep dwelling on the past, encourage your tablemates to pay more attention to the present and focus on the current poker table action – it keeps things flowing much more smoothly and quickly. 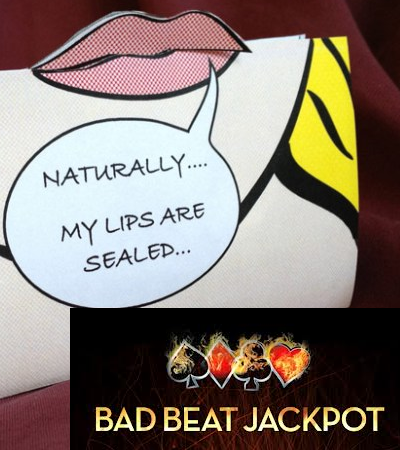 Many poker rooms these days feature bad beat jackpots. Though the exact rules of how a hand qualifies for the jackpot and how players get paid out differ from one room to the next, a common denominator among them all is that any discussion about a bad beat jackpot while a potentially qualifying hand is going on will disqualify the hand from being eligible.

It’s fun to dream about being on the losing (or winning) end of a bad beat jackpot… or even being in the right place at the right time to grab a “participant’s share” of the progressive. In fact, that’s often a main draw that gets recreational poker players to come out to a live poker room rather than just sit in another home game.

That said, be sure you and your table mates all remember to zip your lips if a potential bad beat is in the works at your table. It would be a crying shame for a jackpot hand to be disqualified because of careless poker table chatter. 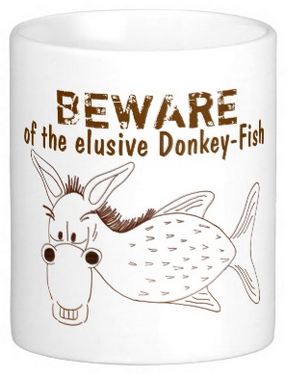 In the wake of this summer’s World Series of Poker, many articles have come out in the poker media chastising professional poker players for their lack of manners and general disrespect towards recreational players. It’s that type of condescending attitude that’ll completely turn recreational players off from playing poker and essentially dry up the player pool, they say.

If you’re an educated and experienced poker player, it’s far better not to criticize the play of weaker opponents, but rather to “go along with the show”, be genuine with your compliments as much as possible, and keep them enjoying themselves. That’ll make them more likely to keep on playing, thus increasing your long-term advantage.

This will make you a much better ambassador for the game of poker. Remember that if you scare away enough fish, you’ll end up exclusively swimming and sitting with the sharks; that’s not good for you or for the poker economy.

You ever hear the expression that you should “keep your cards close to the vest”? It’s simply bad form to discuss poker math and strategy at the table – almost as bad, in fact, as revealing your cards to your opponents. 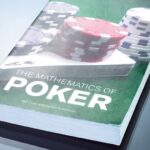 The stronger the player, the more likely they are to pick up on all your talk about (e.g., floating, thin value betting, +EV, 4-betting weak from the cutoff, etc.) You’re giving away valuable information about your playing style and it’s almost surely guaranteed to cost you money.

Strategy and poker math discussions surely have their place, and that place is away from the poker table.

Sometimes poker players can get so involved and absorbed in poker playing that they forget that the person dealing cards to them is also a human being. Dealers have arguably the toughest job in the game, having to content with players of all stripes, who aren’t always the nicest people in the world, to put it lightly.

Dealers are human; they make mistakes. That dealers aren’t perfect is something you’ve got to accept as part of the package of playing live poker (just like the rake and other playing “costs”).

It’s beyond disrespectful and rude to be openly discussing a dealer’s performance while they’re still at your table – regardless of how poor it may be; it’s downright shameful. If you need to protest, then walk away and speak to the poker room manager or floor supervisor. If you’re really peeved, then just don’t tip the dealer. 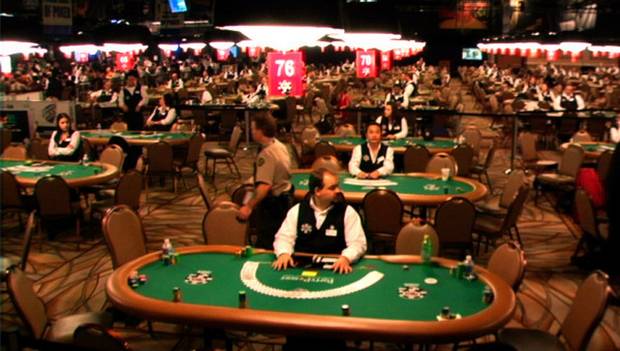 Shame on those players who sit around a poker table criticizing the dealer, while they’re working hard and doing the best they can. For that matter, it’s also best to keep your mouth shut about stuff like that even after there’s a dealer change. Dealers talk amongst themselves and are often friends with one another. How would you feel if 10 people were talking for half an hour about how crappy a job your fiend just did dealing cards? Probably not too good.

9. Nobody Wants to Hear How Badly You’ve Been Running

Much like people could care less about your bad beat stories, most people really couldn’t give a damn about how badly you’ve been running, be it at the poker tables, while playing any other casino game, or in life in general. 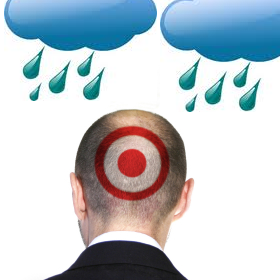 Pessimistic, downtrodden people just aren’t fun to be around and can be real atmosphere killers at an otherwise lively and exciting poker game.

On top of that, there’s another reason you should keep quiet if you’ve been running bad – talking about it essentially paints a big, huge target on your back, as other players are likely to channel their “inner vulture”. They’ll jump at the opportunity to take advantage of your “unlucky image” and attempt to bully you around.

If anything, continued talk about and reaction to how previous hands played out might reveal things about your play to others, who might be taking poker notes on you.

It’s much harder to play poker when constantly on the defensive against players who are trying to “keep your bad luck streak going strong”.

So, if you’ve been running badly, it’s best to either keep quiet about it or just end your poker session right then and there.

Should dealers call out the tabled cards? For eg. “there’s three spades on the board” or, there’s a pair on the board. And, if a player asks a dealer “what’s on the board?” Does the dealer or another player have the responsibility of calling out the cards?

I’d say that the dealer ought not to say anything, unless asked by a player. For example, he shouldn’t volunteer “there’s a 3 of spades on the board”, but if a player asks the dealer directly “what card is that” (i.e., he can’t see it because it’s too far away or poor eyesight), then the dealer should answer the question. Dealers also shouldn’t count up a pot, but should spread the chips if a player asks to see, in order to make their own calculations.