A Shout Out to the Top 5 Poker Players from Sweden

Sweden has certainly produced a number of great poker players. Over the years, several Swedish names have made their way through the ranks of the world’s poker elite, leaving their mark thanks to excellent results in live and online poker games alike.

The fact that Sweden represents fruitful grounds for the development of poker talent is hardly a surprise. Swedes are no strangers to different forms of gambling, which is confirmed by the number of new casinos in Sweden opening all the time, especially online. From that large pool of players, some have discovered the game of poker and proven they have what it takes to rub their shoulders with the best out there. Other Swedes have honed their craft in brick and mortar poker rooms over the years and have earned the respect of players both nationwide and worldwide. With that in mind, here’s a shout out to 5 of the top poker players from Sweden.

Blom may not be the winning-est Swedish poker players according to the official results but he’s almost certainly the best-known one. Born in 1990, Blom discovered poker at a very young age and started brushing up his skills at online tables long before he was 18.

The poker world will always remember Blom for his run in 2009 when he took on some of the world’s best players at Full Tilt Poker playing under the notorious screen name ‘Isildur1’. At that time, his true identity wasn’t known but he quickly became a legend in the online circles, sitting down to battle against the likes of Patrik Antonius, Phil Ivey, and Tom Dwan.

They made a fight poster for the match with @TomDwan. I look like the fav on this pic.twitter.com/oS3oz5Gu so sick!

Completely fearless and with little regard for the bankroll management, the young Swede played the highest stakes available, mostly playing PLO, and over a fairly short period he accumulated several millions in winnings. His aggressive style seemed to represent an unsolvable enigma for the pros who, one by one, fell victims to Isildur1.

Eventually his run came to a crushing end in a duel against Brian Hastings, leaving Blom more than $2 million in the hole when it was all said and done. His true identity was revealed in 2010 when he signed with PokerStars. He has continued to play both online and live posting decent results here and there and accumulating around $2.9 million in live earnings, but it is highly likely that his 2009 run will be what the poker world will always remember him for the most.

If not Blom, then others would argue that Martin Jacobson is the best known Swedish player. Having won the 2014 WSOP Main Event, Jacobson certainly caught the public eye but he seemingly never wanted too much exposure. The publicity aside, his win netted him $10,000,000 and the most coveted WSOP bracelet out there. 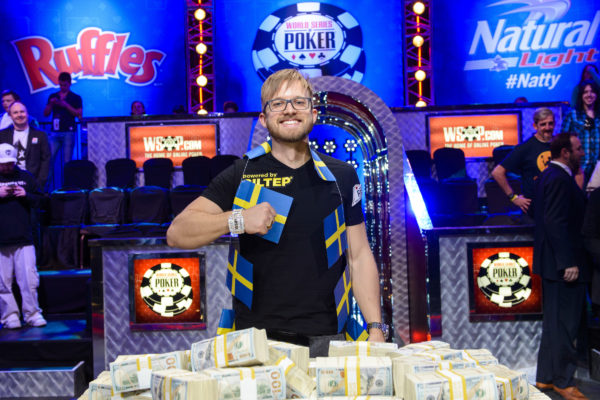 Unlike many before him, Jacobson didn’t appear “out of nowhere” to win the Main Event. By 2014, he was already a well-known and respected player with significant results on his resume. Before that World Series, though, he didn’t have any major titles to his name, although he had had many close calls during his career.

To date, the Swede has accumulated just shy of $17,000,000 in live tournament earnings and he continues to play the global tournament circuit. As of right now, he is firmly seated at the top of Sweden’s All Time Money List and having been born in 1987, Jacobson still has a long career in front of him.

If there is a Swedish player we could dub a “silent assassin”, it would have to be Chris Bjorin. An “old school” poker player, Bjorin has been in the game for decades, with his earliest recorded result dating back to 1989. To date, Bjorin has accumulated close to $5.8 million in tournament earnings and occupies the second place on Sweden’s All Time Money List. 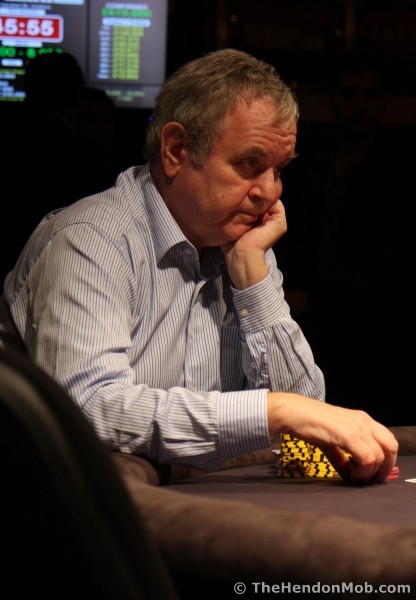 While he prefers cash games, he’s got two World Series of Poker bracelets to his credit, won in No Limit Hold’em and Pot Limit Omaha in 2000 and 1997, respectively. He has also had several runner-up finishes, including the ones in 2-7 No Limit Lowball Draw and Seven Card Stud 8, clearly demonstrating he’s a well-rounded poker player who can play almost any game.

Apart from his results, not much is known about Chris Bjorin as over the course of his long and successful career, the Swede has tried his best to avoid televised tournaments and interviews.

With $4.7 million in tournament winnings and currently sitting in 4th place on the country’s All Time Money List, Michael Tureniec definitely belongs to the group of the best poker players hailing from Sweden. Thus far, his peak tournament achievement was winning a WSOP bracelet, the 2016 $1,111 Little One for One Drop Event.

Tureniec discovered poker in 2004 and, like many from his generation, made his first steps online. A couple of years later, after completing his military service, he decided to turn to poker professionally. Notably, his WSOP bracelet win doesn’t represent his biggest career cash, with that coming back in 2007 at the EPT 7 Copenhagen Main Event, to the tune of $680,000.

Although there are several other players from Sweden who could easily find their place on this list, I’ve decided to include Simon ‘C Darwin2’ Mattsson as one of the best online tournament grinders, not just in Sweden but in the world. This is specifically because of his incredible online poker success as, according to PocketFives, Mattson has accumulated well over $13,000,000 since he began playing.

Mattsson joined the online poker craze in 2010 and quickly moved through the ranks. He started playing single table sit and go’s but soon transitioned to MTTs. It wasn’t long before the results started to come in, with his first SCOOP and WCOOP titles dating from 2012.

Simon Mattsson is the number one ranked tournament player on @PocketFives. He plays as ‘C Darwin2’ on #Pokerstars pic.twitter.com/D0NQumr5nn

Since online play has always been his focus, the Swede doesn’t have many live results to write home about but he’s nonetheless accumulated around $1.4 million in brick and mortar poker rooms, even booking a win in a side event of the 2017 PokerStars Championship in Barcelona.