The high stakes online poker pro known to the world simply as Isildur1 has finally “gone public”, revealing himself to be none other than Viktor Blom. PokerStars scored a coup, signing Isildur1 to become one of their site pros and promising that his identity would soon be revealed. Keeping to their word, PokerStars reportedly has big plans for Viktor Blom this year.

PokerStars has created a special SuperStar Showdown, meant to showcase Blom against other online nosebleed regulars. So far, Blom has taken on Isaac Haxton and PartyPoker pro Tony G, losing about $40,000 to the former, and winning about $45,000 from the latter. The SuperStar Showdown is a heads-up match at minimum stakes of $50/$100 over 2,500 total hands at 4 tables simultaneously, 2 No Limit Hold’em and 2 Pot Limit Omaha. 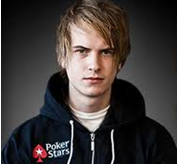 Reportedly, top PokerStars pro Daniel Negreanu also wants to take a crack at Blom, but is busy refining his online multi-table game, which he says needs tweaking. The only negative this poker blogger can see is that some of the big Full Tilt poker pros, like Tom Dwan, Phil Ivey or Patrik Antonius, won’t be able to play Isildur1 anymore, like they used to back in 2009 and 2010. Oh well…

But it’s not just the pros who can line up to face the Swede, anybody can! Well, anyone with enough money at least… As released via PokerStars “whoever wants to step up to the challenge and provided a player has the bankroll to do so, they can email [email protected] to apply.”