888poker, the most trusted poker room

888 is a well-known gaming company with worldwide interests. It currently divides its offerings into three portals: 888casino, 888sport and 888poker. Founded in 1997, it has been listed on the London Stock Exchange since 2005. The poker room was launched in 2002, and today, 20 years later, it is definitely one of the largest online poker rooms in the world. For several years poker enthusiasts from all over the world have had a point of reference in 888 casino.

888poker offers players from all over the world the opportunity to safely enjoy poker and its variants. Compared to other rooms, it is preferred by many players, because it is easy to find opponents with different levels of expertise. In fact, many come to 888poker from the casino or from the betting site, and therefore represent tempting opportunities for the more experienced players. 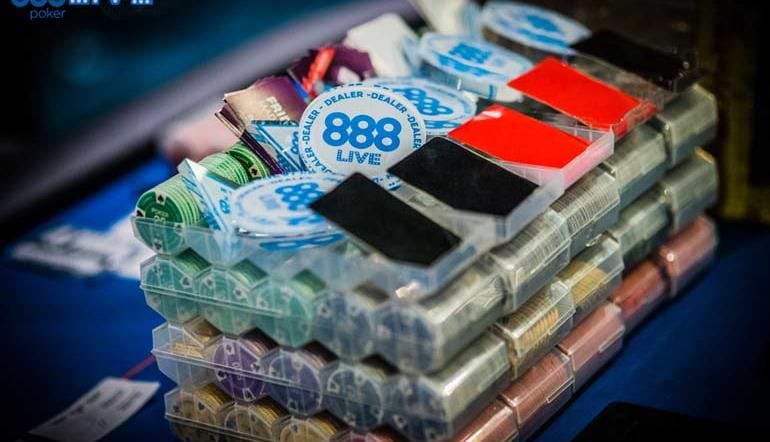 888poker around the world

888poker was initially launched on the international market as Pacific Poker, which attracted subscribers from all over the world. Following the 2006 Unlawful Internet Gambling Enforcement Act, the site can no longer be accessed by US players.

Among the firsts of 888poker was webcams games. This innovation allowed for the first time the players seated at the table more interaction. 888poker is recognized in the gaming industry for several features that have also earned it important awards. Among these we point out several EGR awards as responsible operator, operator of the year, and best gaming site.

The 888poker brand is also the organizer of international festivals and competitions called 888 Poker Live. To these are added important online competitions of the XL Championship Series. In addition, 888 was in the past the main sponsor of the prestigious World Series of Poker.

888poker offers players many possibilities with cash tables, Sit & Go and tournaments. In the cash version it is possible to play:

This choice is ideal for those who want to play fast with the ability to sit at the table and get up whenever they want. Furthermore, those who play in cash mode have the possibility to decide their starting stack. He can buy the chips back whenever he wants and withdraw them when he gets up.

Sit & Go can be thought of as a mini tournament that is played at a single table. This involves reaching a certain number of participants and an equal starting stack among the players. The game is played until all players are eliminated and the prize pool is divided according to the exit position, among the best.

As for the budget, another distinction must be made here. There are the No Limit tables, where you can raise and move all-in as much as you want. Then there are the Fixed limit tables, which impose maximum limits and are ideal for beginners. Finally, those Pot limits, where the maximum bet limit depends on the size of the pot.

Without a doubt, the tournament version is the most popular for lovers of this game. The platform offers a wide variety of tournaments suitable for both beginners and experienced players. Just take a look at the Tournaments section on the site to find the daily offer. Here are some examples:

Each with its own characteristics, for those approaching the game, for experts, for those with little time or for those in no hurry. To participate, you can proceed with the paid registration, or win participation with the daily freerolls.

Without a doubt, multi-table tournaments (MTTs) are the most popular with players from all over the world, also because the final winnings soar. To participate, you must incur an initial cost, the Buy In to which a commission for the site is added. Among the advantages of MTTs we can list:

PKO Tournaments: When the going gets tough

Among the multi-table tournaments there are some that fall into the PKO category where the competition becomes maximum. PKO in fact stands for Progressive Knock Out: each participant has a bounty on their head. In this type of tournament, a player who with an all-in eliminates an opponent, collects the bounty on the head of the eliminated player, in addition to the winnings linked to the bet. As the tournament progresses, the bounty on each player increases. This happens in the following way: a player who eliminates another collects a percentage of the bounty (generally 50%), while the remainder increases his own bounty.

Those who aspire to participate in tournaments that take place in prestigious venues around the world can do so thanks to 888poker. In fact, 888 hosts live events held in important locations. From London to Bucharest, passing through Madrid and Barcelona. On the platform it is possible to attempt the online qualification and end up participating in the most exciting live tournaments. 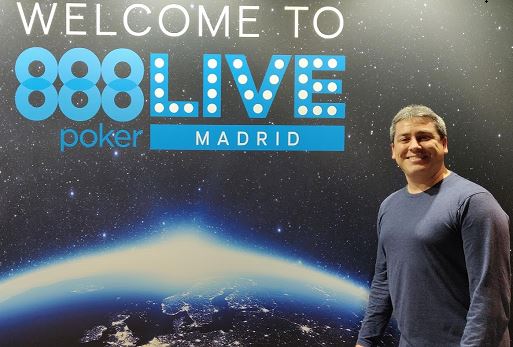 888poker offers an easy to use and efficient gaming portal, with all information and links clearly visible. The white background of the platform gives the site an airy and clean look. Above the main links lead to the different sections. The site offers new players a lot of information about the game of poker, with a section dedicated to rules, terminology, strategies and much more.

The game software is user friendly and above all stable, which is a fundamental feature when you participate in sessions that last hours. All security standards are guaranteed by advanced SSL encryption protocols. In order to play you need to install the software, available for Windows and Apple Mac platforms, and you can also play from mobile devices. In this case, you need to download the app from the Apple store or the Play Store, or directly from the site.

The advantages of poker at 888

As can be seen from this guide, 888 is one of the reference points for poker players around the world, with over 10 million subscribers. Among the advantages offered by this site there are undoubtedly the welcome bonuses. These often change over time, but allow you to start playing for free when you first register on the site. This free bonus is also accompanied by a welcome deposit bonus.

On the offers page it will be possible to view the many promotions in progress. Bonuses for special events, freerolls, daily blasts.

The site also includes a blog dedicated to poker with news and updates on the most important world tournaments and articles on strategies to win. Backed by the EGR Awards that testify to its reliability, 888 allows you to make secure transactions. The accepted methods are many, including the best credit cards, e-wallets, systems such as Apple Pay, Sofort and even tools to top up cash.

Gaming enthusiasts can enter the 888Club, which allows them to accumulate points by playing. The points allow you to climb levels and obtain gold tokens that can be converted into prizes.

Much appreciated by experienced players, 888poker is the ideal platform for those who want to approach poker. Thanks to the welcome bonus it is possible to start for free. In addition, the site allows you to play in the demo version without real money. In this way and thanks to the section “how to play” you are guided step by step in the world of poker. There are no limits to the practice games that can be done to reach a good level, before facing a real table.

Poker 888 operates worldwide and has licenses for various jurisdictions. In this way it guarantees safety on all aspects, including that of gambling-related issues. 888 promotes responsible gaming, respecting the limits and laws of the various states in which it operates. It protects minors from access to gaming and creates environments in which responsible gaming is promoted. This also happens thanks to the training of employees on compulsive gambling issues.

The 888poker platform includes an information section on gambling issues. This can be useful in identifying the presence of doubts regarding your modality. There are also links and useful numbers to contact in case of problems. Where applicable, according to the laws governing the game, 888 allows you to set limits that allow you to keep the amount dedicated to poker under control.