Much like any poker player, sometimes the game of poker itself can run well while other times it just can’t catch a break. Four years on from arguably the darkest day in poker history, while the industry continues to recover slowly, it still awaits an injection of energy and electricity to help recapture the general public’s appreciation and love. 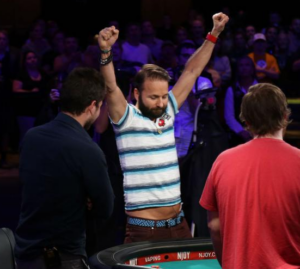 Poker’s White Knight came riding to our collective rescue. Daniel Negreanu, the game’s most popular and visible player, was in the midst of a magical run towards the November Nine. With top billing on poker’s center stage, the Poker Hall of Famer was in prime position to give the game a huge boost.

If I had a dollar for every social media post about Negreanu over the last week, the payout would be somewhere in the neighborhood of what each of the November Niners themselves are making.

The story unfolding before our eyes was bigger than that of just one player. Much bigger. A poker jackpot of this nature would be nothing less than Moneymaker-esque. Indeed, it seemed as if the stars were aligning just right. Negreanu dreamed and declared. Surely he would deliver. Poker’s brightest light was ready, willing, and able to get the world talking about our beautiful game again.

This is the most deflating moment in November Nine history. — Remko Rinkema (@RemkoMedia) July 15, 2015

Time froze in the Rio’s Thunderdome. You could slice the disappointment in half with a knife. Way out here in Israel, 7,500 miles away, and surely in many other corners of the globe, we wore our emotions on our sleeves.

While all of us railbirds were collectively licking our wounds in the aftermath of the knockout punch, a queen on the river, just a scant few minutes somehow he rebounded.

Brad Willis, of the PokerStars blog, captured the moment perfectly:

“Afterward, before any of the fans, media, or WSOP staff had come to grips what what had happened, Negreanu’s signature laugh echoed through the Rio hallways. He stood before cameras and microphones and spoke from his heart.”

Where Negreanu summons that inner strength from, I don’t know… But, wow! If poker’s hero can bounce right back, so can we. That’s what motivated me to write this piece. That’s what should motivate us all to not be disappointed by Daniel’s 11th place finish. Here are seven other reasons why:

1. This will still be the most watched series of ESPN broadcasts in history

Did someone say “ratings”? No, this did not happen:

Nonetheless, it doesn’t get more “must-see poker TV” than this. We know that we can rely on the fantastic ESPN crew to do a phenomenal job in producing the shows. I think it’s safe to say that 2015’s Main Event run up to the final table will be the most watched, re-watched, and talked about in poker history. Go grab a bucket of popcorn – the next few months of televised poker are going to be spectacular.

2. The Rio’s Penn and Teller Theater will still be packed to the gills in November

For those poker fans lucky enough to be in Las Vegas when the November Nine rolls around, it will be the hottest ticket in town. Friends and family galore will come out in full force to rail and support all of the November Niners in person along with the standard cadre of poker glitterati looking for some camera time (yes, we’re looking at you Phil Hellmuth :-)). As we’ve seen in years past, there’s simply nothing else in poker like the atmosphere at the November Nine table. Sure, it would’ve been supercharged if Negreanu was still in the mix, but there will still be plenty of buzz in the air come November 8th. 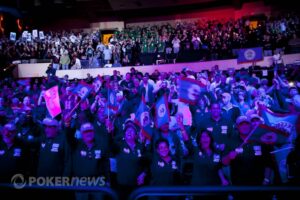 3. It will still speed up the online poker legalization process in the U.S. (a little)

While even the most celebrated of celebrities are powerless to actually enact laws, the savviest of them know how to use their influence to make a difference regarding issues about which they care. A sponsored PokerStars pro, Negreanu had already planned to participate in a California poker room tour to help advocate for the legislation of regulated online poker in the Golden State. Even though he didn’t make the November Nine, with all of the positive press and exposure Negreanu is going to get from the ESPN broadcasts over the summer, it will by proxy bolster campaigning in favor of U.S. online poker legislation.

4. ESPN and WSOP will figure out a way to provide live streaming of the 2016 Main Event

As poker information guru Kevin Mathers made clear repeatedly, there was no live stream of the WSOP Main Event due to contractual restrictions in place by ESPN. No video, Periscoping, or graphic Tweets of any type were permitted either, and staffers were out in force to ensure adherence to policy. With all of the complaints by rabid poker fans about the lack of a live stream, you have to figure that the bright minds at ESPN would at least consider figuring out a way to amend their WSOP contract to allow for some sort of compromise.

Following PokerNews reporter Remko Rinkema or Negreanu’s agent, Brian Balsbaugh, for live chip count Tweets, detailed and interesting as they were, is a poor substitute for a live broadcast of some sort.

Living in the Information Age, with social media ruling the day, broadcasters need to adapt to changing media consumption habits. Much like Poker Night in America shows, there’s no harm in offering a live stream to the hard core poker fans, while still producing an edited show and broadcasting at a later date for more casual fans. The Negreanu connection? The run up to the 2015 November Nine, as fascinating as it was, was a tremendous missed broadcasting opportunity. While nobody can guarantee that a poker superstar will make a similarly deep run in the future, it’s a shame to not be able to give fans what they want to see. I’m reasonably certain that we fans won’t be disappointed again next year. The formula is pretty simple really: deliver what the fans want and they’ll continue patronizing the product.

5. Negreanu will keep on grinding

In my write-up following Negreanu’s second-place finish in the 2014 WSOP Big One for One Drop event, I noted that he continued playing on immediately after the huge score. The consummate poker professional, even if he would’ve won the 2015 Main Event bracelet, Negreanu would stay the course and continue grinding away at tables all over the world in search of additional accolades. It’s neither the money nor the increased potential for fame that motivates Negreanu anymore, but rather the thirst for competition and for winning. While there’s disappointment, to be sure, time heals all wounds and – to an extent – it seems like Daniel’s wounds are somewhat healed already.

I can’t remember where I saw it, but at some point over the last year I saw a quote from a poker media member, which I’ll paraphrase here: it seems as though Daniel Negreanu exists solely in order to give interviews. The most charming, welcoming, and generous-with-his-time poker player our industry will ever know has been interviewed hundreds, if not thousands, of times. Adding the deep 2015 Main Event run to his legacy gives interviewers a new wrinkle to explore for the duration of his career. After all, nobody ever gets tired of hearing about Chris Moneymaker’s run to glory, right? On a personal note, this makes my seventh poker goal for 2015 that much more challenging… Thanks Daniel :-). 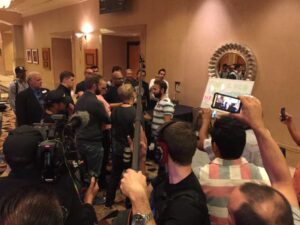 7. Negreanu didn’t have to win to be considered a winner

This point might seem obvious, and I don’t want to belabor it, but it needs to be said. There’s nothing I can add about the impressiveness of Negreanu’s accomplishments that hasn’t already been covered by the poker media over the years. Beyond the list of accolades, however, lies a man whose character cannot be applauded enough. Someone who puts THIS out in the world:

…and who then cares enough to, without prompting, make a personal video thanking his fans around the world for their support, is a winner in my book.

He dreamed and he declared.

Somehow, through the pain, Daniel Negreanu still found a way to deliver.