People may argue that the summer is the best time of year to be a poker fan, what with the spectacle that is the World Series of Poker rolling into town. There are more tournaments than seem humanly possible to play, away from the Rio there are cash games aplenty running all around the clock, and the Aria runs a series of popular High Roller events. However, as 2017 is now in full swing, there are a number of reasons why January should be the month that poker fans circle in their calendars. 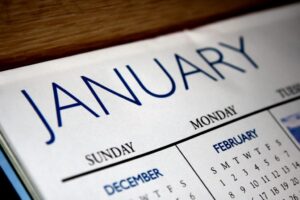 1. New Player of the Year contenders

I should start by congratulating David Peters, who snuck in at the last minute to snatch the Player of the Year away from Fedor Holz (who we’ll touch on later). It’s well deserved from a player who won not only a WSOP bracelet this year, but notched an astonishing 16 six-figure scores in tournaments stretching from Monaco to Macau.

In any event, January is the chance for poker fans from around the world to gear up for a whole new campaign. The slate is wiped clean, meaning that anyone could come out and grab the headlines and forge a path to the 2017 Player of the Year. Who is going to add their name to the list, enjoy an unforgettable year and and enjoy the “prestige and respect” that Peters said came with claiming the title?

January is probably the only the month of the year when I get jealous about my friends hanging out with pigs. The pigs in question are those that live freely on the uninhabited beaches of an island of the Bahamas. It’s unknown how the pigs got there in the first place. Some say that sailors who wanted to come back and cook them there. Others believe that there was a nearby shipwreck and the pig swam to safety. 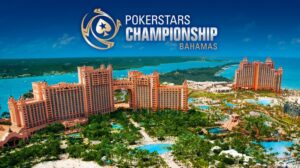 Pigs aside, the tournament formerly known as the PCA is extra special this year as it is the inaugural stop on the PokerStars Championship circuit, with legs in Panama, Macau and Monte Carlo soon to follow. As the first major festival of the year it gives players a chance to dust off the cobwebs and get back to the table, and this year is no exception, with the festival attracting some big names outside of the world of poker including Kevin Hart and Aaron Paul. 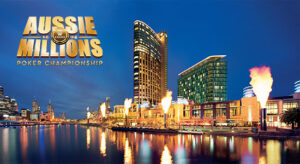 You can tell when the Aussie Millions is fast approaching when poker players are tweeting how best to travel from one side of the world to the other. I’ll be surprised if there aren’t whole planes with only a handful of “civilians”, for want of a better word. And for those who can’t stand one minute without gambling? Well, that’s why they put slot machines in the airport!

The best bit about the Aussie Millions Poker Championship is the fact that there is not one, not two, but three(!) High Rollers, all of which are at eye-watering price points. With $25k, $100k and $250k tournaments (Ed. note: Australian dollars) all within the same festival, all eyes move to the southern hemisphere. Who knows, we may even spot Phil Ivey trying to win an unprecedented fourth $250k Challenge crown after wins in 2012, 2014 and 2015.

Check out our Phil Ivey Interview

There is precedent for people starting a year strongly. I said at the outset that I’d come back to Fedor Holz, and here it is:

There’s always a player on a hot run at any point in poker. Think Mercier during the World Series last summer, or Dzmitry Urbanovich at the EPT in 2015. A few names spring to mind at the moment, including Charlie Carrel whose latest cash came when he finished runner-up to Jason Koon Pokerstars Championship Bahamas $100k, but it remains to be seen who is going to kick off their 2017 with a series of wins.

One of my favourite things about poker is the ever-changing faces that populate tournaments. Year in, year out the names change as players opt not to travel to certain events for one reason or another. Take Steve O’Dwyer whose volume has dialled back since the heady heights of crushing High Roller after High Roller on the European circuit; or the aforementioned Fedor Holz, the length of whose retirement remains to be seen.

Similarly, some players may decide to up their volume. A hot 2016 may lead to an even hotter 2017, so there may seem like no time like the present to jump into tournaments that perhaps they wouldn’t have done twelve months ago. Whatever happens, the excitement of players coming back from the holidays is palpable as 2017 gets underway.

Whether you’re a casual fan or an avid watcher of live streams from all over the world, it looks like 2017 as a whole is gearing up to be an exciting year of poker. Enjoy the rest of January!