Charlie Carrel on Fitness, Wellness, and Prepping for Poker Play

Charlie Carrel is crushing on the live tournament scene this year, and he’s just added to that total with a second-place finish in the €25,000 No-Limit Hold’em event at PokerStars European Poker Tour Barcelona, for €481,640. That tournament run brings his 2019 earnings up to $2,475,294, which includes four six-figure cashes, as well a seven-figure cash from his win at the £50,000 No-Limit Hold’em 8-Handed event at the Triton Million London.

I caught up with Charlie just after he busted out of the EPT Barcelona Main Event, and before his big finish in the €25k. Originally intended to just be a couple of questions for Carrel to use in some other EPT Barcelona pieces, I thought this short but very interesting conversation deserved to stand alone. 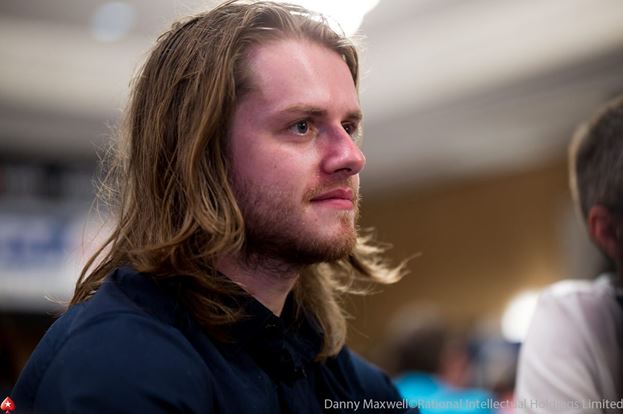 I’m doing a couple of pieces; one is about how do poker pros prepare for a big major event like this, versus how new players prepare. You’re obviously on the poker pro side; how do you prepare for a big, major tournament like the EPT Barcelona Main Event?

I feel like if you were graph out all of the different preparation of the different players in this whole event, I’m probably in the top 0.1 percent. My preparation; in this case we have a personal chef with us, which is pretty huge. We have an AirBnb, which is very good for sleeping in, and very good for just taking time away from the casino. I make sure I meditate every day; I make sure I’m eating well every day. I make sure I exercise at least a tiny bit every day. Although that I’m kind of slipping up on at the moment.

I always make sure I’m kind of engaged with poker as well. We were watching poker on the TV this morning; it just gets you in that mindset before you sit down at the table.

Do you want me to speak about other people?

Within the high stakes community, this isn’t uncommon, doing at least some of those things. I do feel like there is kind of a polarity and a split. So if you look at, say, the German high rollers, for instance, they’re very into health, the keto diet, intermittent fasting, things like that. And they’ll always be talking hands, going over meditating.

The if you look at the American high rollers, they’re very good in their own right, but I feel like they’ve kind of let the health side of things slip a bit. It’s difficult to stay healthy when you’re playing poker all the time. But they definitely seem to not do too much preparation in that sense; getting their mind and body in peak performance mode.

Then when it comes to less well-versed players, like amateurs or new professionals, you see a whole array of things. You’ll see some people turn up on adderall, thinking that’s the best way to plow through 10 days. You’ll see some people just not even think about these things, get here and be like, oh, well there’s not really much to eat here, everything is so expensive. And they’ll end up not eating for most of the day, or they haven’t planned out things.

I can relate to that, when I first started out. I was trying all the different stimulants I could, just to try to get me through the 10 days including caffeine, which I do not recommend to anyone. Let’s just say coffee, for example. I have my one coffee on the first day. And then you hit a final table, you need to have another coffee just before the final table, which is at 1 am. And then you’re not sleeping until 5 am. Then you’re waking up at 9, so you need like three coffees the next day. And it just kind of cycles, and gets almost exponentially bigger like that. I try to be pretty moderate in terms of what I put in my body.

Going back to fitness, I do think that’s kind of a challenge for a lot of people. You’re playing 12, 13 hours a day, so when do you find time to do that physical exercise?

Fitness is the one I’m struggling with at the moment. Usually I’m pretty on top of it. We have a punching bag, which I’ve been hitting every day. And I make sure I take the stairs up to the apartment every day.

I think that when people say they don’t have enough time to exercise, it’s almost always just an excuse. I know for me it is. I can be really busy, but I know that if I took five minutes out of my day to go do some press ups and sit ups, then I’d be able to do that every day. Sometimes I convince myself that I’m too tired, or it’s not worth it. So it’s like an ongoing battle I think for most people.

Moving in another direction; we’re here in Barcelona, lots of things to do around here. What are some of your favorite non-poker activities in this city?

You’re asking the wrong person, I guess. I’ve just spent so much time at the casino! I’ve seen Gatti Park, which I thought was lovely, very touristy. The cathedral is beautiful; I like architecture. But apart from that, I really haven’t explored much of Barcelona, despite having been here like four times. Which is pretty sad, but I’ve been here for work. As a matter of fact, I was thinking about jumping in the cash games to be honest.

A man truly dedicated to his craft. Thanks for your time, Charlie!