3 Ways for 888poker to Better Compete with PokerStars

Those are apt words to describe today’s online poker market. For the first time in five years, since Black Friday, cracks are showing in what has been universal PokerStars dominance as the market leader. As the poker community has watched Stars’ parent company Amaya Gaming make change after change designed to steer the brand away from the game that is its namesake, it’s begun losing a bit of luster. 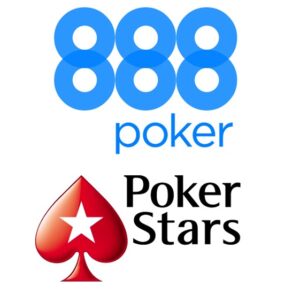 These days, the world’s largest poker site increasingly looks more like typical online casino sites that also offer poker on the side. As that shift crystalizes, opportunities are beginning to open up for a different company to capture the hearts and wallets of online poker players by supplementing Stars’ at their premiere online poker destination.

One the biggest contenders for this mantle is 888poker. Owned by a gaming company with a lot of experience and expertise behind it, there is no reason why 888poker can’t begin to capture the segments of the poker community that PokerStars is no longer interested in catering to.

Of course it won’t be quick or easy but, as the impossible is increasingly becoming possible, I’ve outlined three things that 888poker needs to do if it is serious about really competing with PokerStars.

Twitch live streaming is the biggest innovation to come to poker since the online game was invented. PokerStars has done a great job of leveraging the platform to create a new generation of poker stars (no pun intended) for the key 18/21–30 demographic. 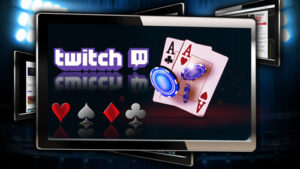 To date, this is not the case with 888poker. If there is an 888poker-sponsored pro playing daily on Twitch, (and I’m talking about online players, not live players who occasionally play a few hands online) I can’t think of their name off the top of my head. Meanwhile, the likes of Jaime Staples and Jason Somerville have seen their streams featured more than once on Twitch’s main home page.

This is a trend that 888poker should – and could – reverse. There are tons of quality, entertaining, young people who would love to be sponsored poker pros. Get a few young and talented faces to build up a Twitch following, and you could start giving PokerStars a run for its money.

If you think about the list of online tournaments/series most casual poker players have heard of, it might run something like this: Sunday Million/SCOOP/WCOOP/MicroMillions. All four of these are held by PokerStars, and the series name recognition is a reality that any operator looking to take over a large portion of the market is going to have to change.

888poker should be thinking about how to successfully start up a new series that will really capture players’ imaginations. This is something that would require a little innovation but is not impossible. Cross-promotion with other sporting events, huge prize pools, or celebrity participation are just a few of the things that might be considered.

I’d love to see them challenge PokerStars for the title of holding the “World Championship of Online Poker.” The public spat that would ensure would be worth its weight in free publicity.

Overall, this idea would be essential to shifting the focus away from PokerStars in general. When all of the major online events are going on at one site, it’s inevitable that people are going to consider it “the” place to play. Shifting that perception would go a long way towards leveling the playing field and making 888poker more competitive.

3. Continue to Develop Their Software

Software is one of the biggest reasons that an online player will choose one room over another. While 888poker’s software is good, there is definitely room for improvement. One suggestion I would make is to smooth out the animations a little bit. For example, I’ve always thought the cards spreading out for a dealt flop looks jerky and awkward. Another thing that comes to mind is the awkwardly “square” nature of the cards.

Now, I’m not a computer programmer, but I feel like this is something that could easily be improved to give the game some polish, and while this may sound nitpicky, it’s not intended to be. When you consider the fact that online poker competes with other forms of online entertainment that are much richer graphically, I honestly think these kinds of things matter.

Making sure that the software is providing the smoothest, most visually compelling experience possible – something PokerStars does very well – is essential to getting players to think about migrating over.

Giving PokerStars a Run for Its Money

A lot has changed since Black Friday. While I certainly never thought I would see the day when PokerStars might be vulnerable to competition, that day is nearing. If 888poker really wants to compete with Stars, I believe that it is possible.

However, it certainly won’t be easy. Major investments need to be made by the brand in how players are reached and the experiences they are offered. But if that challenge is met head on, there’s no reason why we couldn’t be talking about the return of the days of two truly competitive poker sites being available to players.

While that, in turn, may only get us back to the equilibrium we lost on Black Friday, it should still be something that any player today would welcome.

With such a large player base, and the popularity of online poker being pretty stable, it just seems so hard for other online poker sites to catch up with Pokerstars.

In order to have bigger tournaments/ bigger prize pools you need more players, unless you want to trade at a loss. Makes it very difficult for 888 Poker to increase market share and catch up!

100% couldn’t agree with you more! Fact is, PokerStars has a commanding lead and isn’t going to be “seriously challenged” for a long time…. HOWEVER, there’s merit in establishing yourselves as THE clear #2, which is precisely what 888 has done. They keep on grinding and they’ll keep on making up ground on the leader.