The World Poker Tour has announced the first half of its Season XXI live poker tournament schedule, which will include 12 tour stops between January and June 2023.

The release comes on the heels of the company’s historic World Championship Main event at the Wynn Las Vegas. The $10,400 buy-in Main Event nearly doubled its original guarantee of $15 million, and is set to award over $1 million to each of the top six finishers, with the winner receiving a whopping $4.136 million.

The first half of Season XXI will span the globe – from California to Cambodia, and from France to Florida and beyond. 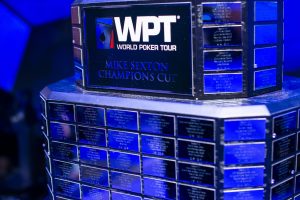 “Coming off an incredible 20th-anniversary season for WPT, we are looking forward to its progression into 2023,” said WPT CEO Adam Pliska. “Players have much to anticipate during Season XXI, as we have established some new partnerships and continued our relationships with longstanding staples of the Tour.”

Season XXI (2023) of the World Poker Tour will begin in Paris, France, at the Club Circus Casino on Sunday, January 22nd. The venue will host daily poker tournaments leading up to the €1,100 buy-in Main Event on January 31st.

The WPT Prime Paris Main Event will feature five starting flights (spread out over four days) in a multiple re-entry format with late registration ending in the early morning hours of February 4th.

This will be the first time in almost a decade that the WPT has hosted a Main Tour stop in France. In October 2013, Moshin Charania took home a first place prize of €340,000 upon outlasting a field of 186 competing entrants at the Grand Prix de Paris.

The WPT will return to Queensland, Australia this coming March for a Main Event (buy-in AU$1,500) held at the Star Gold Coast Casino. There will be plenty of preliminary poker tournaments along with cash game action in the days before the Main Event.

In August 2022 the World Poker Tour set an all-time attendance record for its “Prime” branded events during its tour stop in Cambodia.

David Erquiaga of the Philippines walked away with just over $137,000 in the Season XX Prime Cambodia Main Event, which attracted a record 1,050 participants.

The Holland Casino in the Netherlands’ largest city will once again be the site in March 2023 for the World Poker Tour Prime Amsterdam Championship. 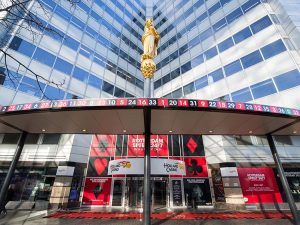 Santo Bakker of the Netherlands was victorious in the Season XX WPT Deepstacks Amsterdam, and claimed a cash prize of $130,690 according to the official WPT webpage.

Going into Season XXI, Bakker is ranked among the Top 100 all-time Dutch live poker tournament cash prize winners, according to The Hendon Mob.

The Thunder Valley Casino Resort in Lincoln, California, will kick off the WPT Season XXI Main Tour, as Vietnam native Tony Tran will attempt to defend his 2020 title and spot within the WPT Champions Club.

As with all of the Season XXI Main Tour stops, Thunder Valley will offer a number of preliminary tournaments as well as cash games throughout the festival, which will begin in late March 2023.

For the first time in three years, the WPT will return to India in April 2023 – with poker events held aboard the Deltin Royale ship, anchored off the picturesque coast of Panaji.

Season XXI will see the World Poker Tour will add another poker player to its growing list of Champions Club members at the conclusion of the WPT Prime India Main Event.

This year’s Seminole Hard Rock Showdown Main Event will have a televised final table, and could once again witness a seven-figure payday awarded to the eventual winner.

Speaking of televised WPT final tables, the WPT Choctaw Main Tour stop at the Choctaw Casino & Resort in Durant, Oklahoma, will likewise be broadcast to poker fans around the globe once the competition has ended.

The World Poker Tour will host a tournament series in the European country of Slovakia for the first time ever in May 2023 when it showcases poker action at the Card Casino in Bratislava. 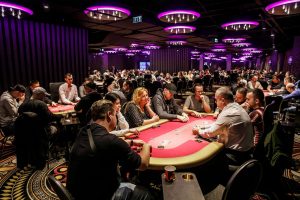 The venue provides 24-hour casino action and has a dedicated poker room that will offer additional poker tournaments – namely the “Royal” and “ITALIAplay” events – with guaranteed prize pools ranging into the hundreds of thousands of euros.

With a $5,250 buy-in No Limit Hold’em Main Event, the 2023 (Season XXI) WPT Gardens Poker Championship is sure to attract the best talent not only locally from California, but across the United States and beyond.

San Diego poker player Markus Gonsalves earned his entry into the WPT Champions Club in January 2020 when he took down the marquee annual tournament at Gardens Casino for a cash prize haul of $554,495.

The Crown Poker Club in Hanoi will be the return destination for WPT Prime Vietnam in 2023.

Zarvan Tumboli from Mumbai catapulted himself close to the Top 20 of India’s all-time live poker tournament money list in May 2022 when he won $131,394 in the Season XX WPT Prime Vietnam Main Event.

The first half of the WPT Season XXI schedule will conclude in early June 2023 at the all-new Sanremo stop: Casinò di Sanremo in Italy. 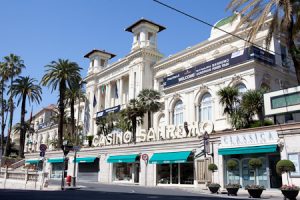 World Poker Tour VP of Global Tour Management and 2022 Women in Poker Hall of Fame inductee Angelica Hael expressed her excitement about Season XXI, stating that “it is the pride of WPT to offer such a wide range of tournament festivals when it comes to buy-in and location. We would like to extend our sincerest thanks to all of our live partners worldwide and our appreciation for the players for their continued support.”

The first half of WPT Season XXI will likely bring a lot of encouraging news to live poker tournament players around the world in the form of attendance numbers.

Cardplayer Lifestyle will be covering many of these events during WPT Season XXI, so keep it right here to follow the action and learn about poker biggest winners in 2023.