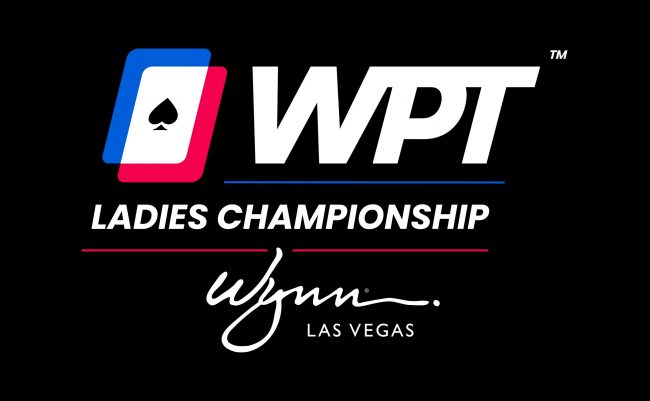 The addition of this event to the schedule represents another important step in growing poker’s female player base. It is no surprise that poker is dominated by men. Whether it be regular $1/$2 cash games at casinos or large field poker tournament series, the overwhelming majority of the player pool is typically male. The debut of the WPT Ladies Championship will undoubtedly have a hand in boosting women’s participation in poker.

Having this premier tournament for women hosted at Wynn Las Vegas and being one of the televised final tables  makes its inclusion in the series even more potent. Located on the Las Vegas Strip, the Wynn has earned the reputation as one of poker’s largest stages. The TV broadcast will give half a dozen fortunate and skilled women an important stage to showcase their poker prowess.

Angelica Hael, VP of Global Tour Management at the World Poker Tour stated, “We are committed to increasing the number of women in our global poker community, and will continue to introduce thoughtful initiatives both live and online at ClubWPT and WPT Global.”

Events geared towards women are not new for the World Poker Tour. Just earlier this month, WPT hosted the first-ever Ladies Meet Up Game at MGM Grand Las Vegas. A roaring success, this event hosted $1/$2 and $2/$5 cash games and also saw $10,000 worth of WPT prizes raffled off. The Ladies Meet Up Game gave women a chance to meet fellow female poker players and some notable pros like Kristen Bicknell and Jamie Kerstetter. Angelica Hael was in attendance herself, representing the WPT brand, but of course this wasn’t her first rodeo.

Back in 2018, the WPT hosted a Women’s Poker Summit in Los Angeles at the Bicycle Casino, also led by Hael. Especially as an organization where women represent over 50% of the employees, the World Poker Tour has long set a positive example for the entire industry.

Wynn Las Vegas is no stranger to ladies’ events either. The Wynn Summer Classic is a tournament series many poker players circled on their calendars. There is regularly a dedicated tournament for women, as this year they hosted a $550 No-Limit Holdem Ladies $50k Guaranteed. Marguerite Spagnuolo of Staten Island, NY took the tournament down for $18,840.

Wynn Las Vegas is excited to be hosting poker tournaments geared towards increasing female attendance. Executive Director of Poker Operations at Wynn Las Vegas, Ryan Beauregard, stated: “We are thrilled to include this event as part of December’s festivities, and to round out the WPT World Championship lineup.”

The announcement of the Ladies Championship as part of the WPT Championship Series is yet another indication that the World Poker Tour is clearly pulling out all the stops in celebration of its 20th anniversary. Moreover, by creating this new marquee event to showcase women in poker and choosing it to be one of the few televised final tables, the World Poker Tour is doing whatever it can to grow the female poker player base.