Women of Mixed Game Poker – Is This a Thing?

The Women’s Poker Association (WPA), based in Las Vegas, is excited for the women who are exploring and crushing the poker mixed games arena while preparing for the World Series of Poker (WSOP).

The WPA who works with Poker Power, the educational partner of WPA, has high hopes for one of our own board members, Rebecca Scales. Like many women who are introduced to poker, Scales quickly became a poker enthusiast. She set out to expand her poker repertoire to include mixed poker games and actively studied to become a serious contender at the table. This is her first year entering the WSOP, considered the most highly competitive field of poker players in the world. She aspires to take home one of the coveted WSOP gold bracelets. 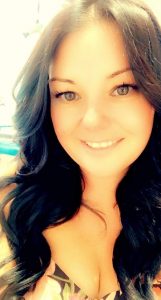 Scales is also an instructor for Poker Power, which teaches women how to play Texas Hold‘em as a way of showing them how to compete and win in business, finance and more — all in a fun, supportive, safe-to-fail environment.

We teach poker to anyone who identifies as female who wants to win or change the world, because poker’s more than a game. It’s a game changer. And it gives you the skills to succeed at every table in life—from the classroom to the boardroom. – Poker Power.

Currently Poker Power teaches the two-card Texas Hold‘em (NLH) poker game to women around the world. However, given the rising popularity of mixed games and encouragement from teachers like Scales, they are looking to incorporate mixed games lessons in the future. In the meantime, the WPA offers recorded video lessons for Omaha, Omaha 8 or Better, Razz, Stud, and Stud 8 or Better on the wpa.poker website.

Women account for roughly 5% of the poker players in major tournament festivals. It’s believed the percentage is much lower in mixed games fields, where women account for approximately 1% to 2% of players. Many seasoned poker players of both genders have never entered into mixed poker games in their poker playing lifetimes. The strategies are different, the games are not widely played across the country, and mixed games can be more difficult to grasp.

We’ve got 6 tables left and 46 players with a dream of winning a @PokerStars #PlatinumPass pic.twitter.com/M6TNUD87lv

“I am finally ready to play at the highest level this fall in the WSOP. I just want to show the world women can hold their own in all variants of poker. And we can have success and win in all poker games.” — Rebecca Scales, Las Vegas

In Vegas, if you’re a mixed game player, you know Jeanne David. David is affectionately known as the “lady in charge of mixed games” in Las Vegas. She is definitely the go-to person if you want to know what mixed games are being offered and where. She runs and plays in the Vegas HORSE League at the Orleans Casino that awards entries to the WSOP after nine months of play. Her concentration on mixed tournament play paid off when she won this year’s first place prize of a $5,000 entry to the 2021 WSOP series. 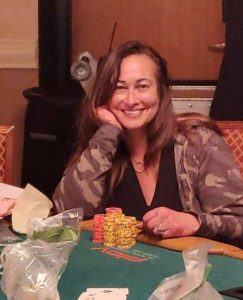 Her impressive win record also includes two wins this summer with the Ladies International Poker Series (LIPS) Omaha O8 tournament at the Sahara and the Poker League of Nations (PLON) Omaha tournament at South Point. Jeanne also made a final table in the $1,500 Razz event in 2018 World Series of Poker and her Hendon Mob is a directory of mixed tournaments offered in Las Vegas. All of this preparation has her ready to go big this fall.

Only six women have won WSOP bracelets in open mixed game events: Linda Johnson in Razz, Cyndy Violette in Seven-Card Stud/8, Annie Duke in Omaha High-Low 8/OB, Katja Thater in Razz, Vanessa Selbst (3 Bracelets) in PLO, 10 Game Mix and Omaha Seven Card Stud Hi-Lo Split 8 or Better, and Carol Fuchs in Dealers Choice. We have big hopes for the women who are stepping up to potentially become part of this exclusive list of amazing mixed game players this year.

Many men have been active supporters of women learning mixed games. One of them is four-time WSOP champion Robert Mizrachi. Mizrachi is currently writing a book featuring split pot games and has a full schedule of mixed games this fall. He is a WPA Purple Tie Guy (ed. note: as is Cardplayer Lifestyle founder Robbie Strazynski) and enjoys sharing his experience and knowledge with all new mixed game players.

“I support all women in poker. I love playing all the poker variants and look forward to seeing more women at the tables this WSOP. I wish these ladies all the very best.” —Robert Mizrachi