Witnessing ‘The Tank’ Get Shattered

As a veteran poker player and product of the Moneymaker Boom, I’ve seen plenty in my 15+ years at the tables. Anyone who has played for any length of time has. However, despite the heartfelt campaigning from some of the best in the game, something I’ve seen way too much of lately seems to have become far too prominent, namely open criticism and gross mistreatment of recreational players.

We know the game has become far tougher to beat at even the lowest stakes, as the glory days of the mid 2000s are far in the rear-view mirror, replaced now by tables full of hoodies, headphones, and — most importantly — knowledgeable, experienced poker players.

We also know that these players need a continual flow of new players to the tables to grow bankrolls and prize pools. It ain’t 2004 anymore, so when something like what I recently experienced happens, it’s incredibly disappointing. 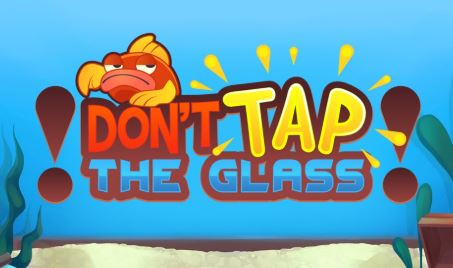 I was playing in a $2/5 NL game at a local casino that was filled with several regs and a couple of less experienced players, but no one you could really call a true ‘spot’ at the table. It wasn’t the best lineup I could ask for, but then a young woman sat down and greeted us all with a somewhat timid “hello” and a smile.

She nervously placed $500 in chips in front of her, fumbling with them as she took her seat, seemingly unsure of where they should go in relation to her hands. it was apparent this was her first time playing poker in a casino. I won’t lie, the imaginary dollar signs popped up in my eyes and the cha-ching of a cash register echoed in my head, as it likely did with every other player at the table.

As the game continued, she would look at her cards awkwardly, then place her chips into the pot hesitantly when she was weak, or overly confidently when she thought she was strong. She played too many hands, seeing almost every one of them to the river. She got picked apart by the table, and there was no beginner’s luck to be found for her.

Her stack dwindled, and then disappeared. But still, she had a smile on her face.

She reloaded for another $500 and shortly thereafter got stacked again… and again… and again. Somehow though, she was still smiling, shrugging off each loss and reaching into her purse for the next re-buy. She knew she was out of her league, but she was learning and having as much fun as she could. It was as #goodforpoker as you could hope for.

@JesseWeedman @EdMillerPoker That seems -ev. If he wants to keep coming back and donating, be quiet and let them. Don’t tap the Aquarium.

Until the following hand happened.

In her first hand after dropping a fresh $500 onto the table, she happily called a UTG raise to $20 from middle position. The BTN and BB joined the pot with calls. With $82 in the pot, the 4-handed flop came down A72 rainbow. The BB and UTG both checked, and the young lady quickly and excitedly pushed out a $100 stack of reds. She obviously loved her hand, but based on previous hands, her range here easily included plenty of weak aces, and possibly even some 7s. Her ‘strength’ could be very marginal but based on this flop action and those previous hands, the rest of that fresh $500 would be in the middle by the end of this hand.

The action moved to the BTN, who we need to talk a bit about before we continue. This player is a reg who is well known in my local room as a talkative, brash, and sometimes problematic player when it comes to etiquette. Think Tony G vs Ralph Perry or Hellmuth vs Northern Europeans, but clueless as to his behavior and with no redeeming qualities. As for his play, he can be a bit splashy, but when he’s putting significant money into the pot, he’s got it.

He called the $100, saying to the lady as he pushed forward his chips: “Ooh, you like your hand. I like my hand, too.” Her stack would undoubtedly be heading in his direction, but it’s how it would get there that’s the problem.

The BB and original UTG raiser both fold (the UTG player later claimed it was the easiest folding of KK in his life). We’re off to the turn, heads-up.

Before the snap of an offsuit 6 hitting the felt could be heard, the young lady has pushed another $100 forward. Cue the stage lights; it’s time for the BTN to go Hollywood.

He proceeded to unleash the most obvious and unnecessary mess of speech play, angle shooting, and borderline harassment I’ve ever seen at a poker table. He feigned debate of whether he should continue in the pot, pushing chips to the line then pulling them back, talking to her about whether he should call or not, asking her what he should do, saying ”you wouldn’t do that to me,  look at that smile, how could you do that to me?” and other various nonsense.

Everyone at the table knew he had her crushed, barring a miracle, and that she’d be going broke. We suffered uncomfortably through this production for over 2 minutes before he finally said “OK, here you go” and moved all in.

She happily put her remaining $280 in the middle. The villain rolled over 77 for middle set and the second nuts. She sadly turned over her horribly ill-fated AQ. She hesitated for a moment and said, “Oh, I thought I was winning.”

The smile was gone.

She’d lost $2,000 over two hours in four $500 learning experiences and kept coming back for more, but after this, nope, she was done.

Much like you could read her for perceived strength or weakness when she played a hand, the expression on her face as she said goodbye and left the table screamed ‘that was an awful experience, I’m never playing this game again.’ And it had nothing to do with the money she’d lost. For all I know, she was off to play some blackjack online, where she wouldn’t get treated so poorly.

Shame on the Glass Tapper

A couple of glances were shot his way from other members of the table, but much like the ineffectiveness of passivity in a hand, he was oblivious to it. And I wasn’t having it.

I spoke up, telling him how incredibly rude and unnecessary it was, that when everyone else at the table knew he was winning the hand and that she was never folding, he still felt the need for that production.

Either still clueless or now feigning it, he tried defending himself and his actions, saying he was just “playing the game.”

I continued to explain how unnecessary it was and reminding him of the fact that she’d just left the table miserable because of what he’d done. His response… ”What the f***? Why are you being such a d***?”

I don’t think I’ve ever shaken my head so visibly and dramatically. “Yah, I’m being the d***…” I muttered audibly.

A few more words were exchanged before the dealer shut the argument down and the player stood up and left for dinner. Once he left, several of the other players — and the dealer! — commended me for my actions. The dealer even said he would have loved me to keep going at him, but it was his job to calm things down. Soon after I too had to leave, booking a winning session that, yes, came partially at the expense of the recreational player I’d likely never see at this casino again.

We’ve Got to Be Better

I’d like to say this story is rare in its extremity, as I’ve never seen something so blatant in person, let alone felt the need to act so strongly in the situation. However, I’ve also seen too many incidents recently of snide comments being made, eye rolls or head shakes all within earshot or view of a player who is obviously new to poker.

Yes, taking a bad beat from a beginner sucks. Yes, losing a hand on the river when it never should have gotten that far sucks. But as a wise (though problematic around Northern Europeans) man once said, “If there weren’t any luck involved, I’d win every one.” Moreover, if that luck weren’t involved, those new players would never experience the thrill of victory and would never come back. So, let’s not be compounding things by driving them away with situations like what happened while I was at the table that day.

We can’t be scaring new players away from poker. The hoodies, headphones, and growing anti-sociability are more than enough to do that. If inexperienced players are brave enough to bring their money along with some innocence and levity to a table, let them. For the good of the game, everywhere.