Home POKER NEWS Will Michigan Join An Interstate Online Poker Network In The US?
POKER NEWS

Will Michigan Join An Interstate Online Poker Network In The US?

Back in the pre-Black Friday “boom years” of online poker there existed a Wild West-like scenario, with lack of any regulation meaning online poker players could log on to and play at any site. Games were plentiful and action-packed at all hours of the day because, simply put, they were accessible to the full online poker player pool.

Nowadays, in the regulated era, poker players in the US can only dream of the day when a multi-state legal online poker network comes to fruition. Only one regulated network currently allows interstate competition, with WSOP.com Nevada, WSOP.com New Jersey, and Delaware’s 888poker network sharing player pools. As longtime Cardplayer Lifestyle readers know, liquidity is the lifeblood of online poker and the more of it there is, the more likely the US online poker can thrive once again.

In that vein, a new major player has emerged on the online poker landscape in 2021. PokerStars Michigan launched on January 29, and BetMGM Poker Michigan went live on March 22.

Legal online poker is a hit so far in Michigan, a state with a rich live poker tradition. Both of Michigan’s regulated online poker sites are limited to in-state competition for now. In other words, it’s a ring-fenced market. 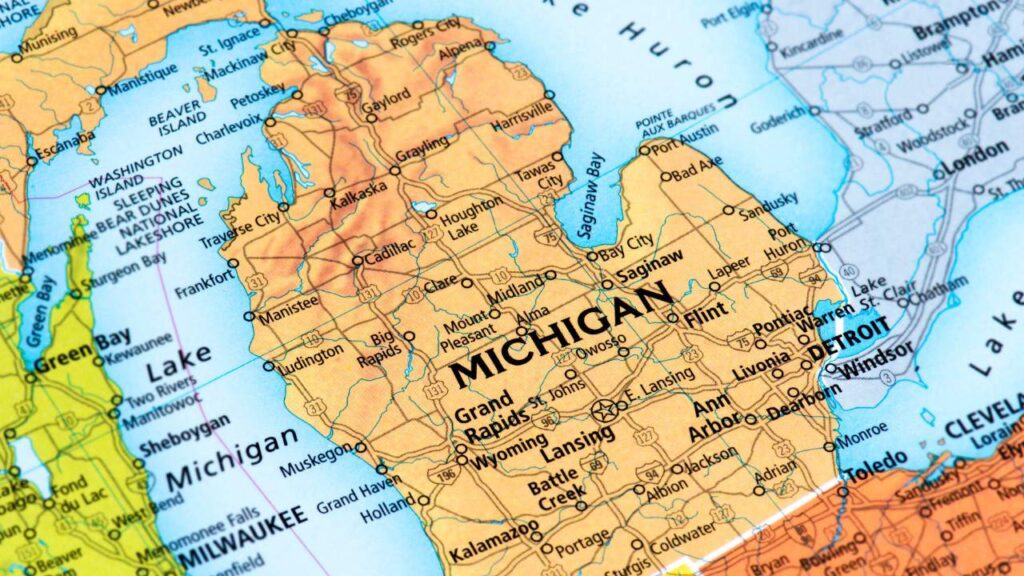 Based on moves made by state lawmakers, however, Michigan appears poised to expand into multi-state online poker play at some point.

Michigan Gov. Gretchen Whitmer signed off on a multijurisdictional poker bill in December. The bill allows the state’s regulated online poker sites to merge player pools with their sister sites in other states.

MichiganSharp.com, which covers all aspects of the Michigan legal gambling industry, projects that the state’s online poker sites will likely share player pools with other states at some point.

Both PokerStars and BetMGM Poker could potentially merge with their sister sites in New Jersey. New Jersey, Nevada, and Delaware all allow multijurisdictional online poker, and the three states operate in a pact known as the Multi-State Internet Gaming Agreement (MSIGA).

The MSIGA opened the door for WSOP.com to merge its Nevada and New Jersey player pools, along with the 888poker Delaware network. Michigan’s interstate online poker bill allows the state’s poker operators to enter into the MSIGA, or perhaps a separate multi-state agreement.

While a few other legal hurdles remain, the Michigan bill could lead to a merged PokerStars NJ/MI network, as well as a BetMGM Poker NJ/MI network. BetMGM Poker parent company, partypoker, already brands its US-facing sites as collectively the partypoker US Network.

Michigan’s forward-thinking approach to online poker could transform the partypoker US Network into a truly national online poker site. PokerStars, which operates the world’s largest poker site outside of the US, would likely see an expansion of its US network as a positive move.

WSOP/888 is expected to enter the Michigan market at some point, which could add a prospective WSOP Michigan site to its existing online poker network.

All in all, it’s good to see online poker growing in the US once again, and the addition of Michigan’s almost 10 million-strong population to the fray has certainly been a most welcome development.