Ed. Note: Poker Satellite Strategy has just been released by Dara O’Kearney and Barry Carter and the reviews and feedback have been absolutely stellar thus far. Cardplayer Lifestyle wishes to thank the authors for kindly providing us with this exclusive excerpt. 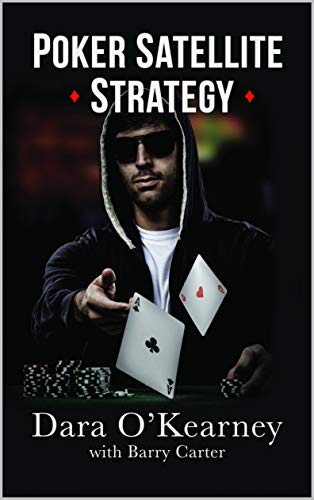 There are lots of obvious reasons to play satellites, but there are probably a few that you may not have thought of.

The first, most obvious, and perhaps best reason to play in a satellite is because it means you can play an event beyond your bankroll for a fraction of the price. If you have only dreamt about playing a World Series of Poker or European Poker Tour event, then the best route to playing one is by winning a package online. If the $10,000 or €5,300 buy-in is out of your price range, but $215 is not, then you could parlay your satellite skills into a seat in one of these events.

Not only does this give you an opportunity to play an event you otherwise would have no chance of playing, it also gives you a mental game advantage. You’ll be competing for a prize pool otherwise beyond your means, so the event is less stressful for you because you can reflect on it as only costing you $215. Whenever you face a big decision for your tournament life you can shrug your shoulders and take a profitable risk, knowing that this once-in-a-lifetime trip only cost $215. Later on in this book we will be exploring the correct way of approaching bankroll management in satellites (Which differs if you are a pro or an amateur) but until then we will assume you are playing with an amount you can afford to lose.

Often the satellites for live events come with travel expenses and spending money, as well as special events exclusive for qualifiers during days off like meals, nights out and tourist experiences. This means that at the very least, satellites give you the opportunity to travel and have a holiday experience, even if you bust out early. Some online poker rooms also have ‘Last Longer’ style promotions between fellow qualifiers with a separate prize for the last remaining online qualifier.

When amateur Chris Moneymaker famously won the World Series of Poker Main Event, he did so via an $86 satellite win. He won $2.5 million from a satellite entry, a prize pool you would never see in an $86 tournament (It’s also worth googling the story of that satellite win, because he had no idea he was playing a satellite at the time). The upside of satellites can be huge.

Those are the obvious reasons to play satellites, but there are a lot of other reasons why satellites remain one of the best kept secrets in poker.

First of all, they are the format of poker which most frequently miss their guarantees. A guarantee in poker is an advertised minimum prize pool where, if not enough players turn up, the operator makes up any shortfall. For example, if an online poker room has a $10 buy-in satellite which guarantees 10 x $100 seats, but only 50 of the required 100 players turn up, then the poker room has to pay the $500 overlay. This effectively makes your $10 buy-in worth $20 without any increase in difficulty and, in the case of satellites, your chance of winning a seat doubles. Poker operators are usually quite good at estimating what their guarantees should be, but satellites, especially satellites to live events, routinely get it wrong. It happens rarely, but most satellite regulars have experienced the situation where the operator has estimated the interest in the satellite so poorly that the number of seats guaranteed is almost the same as the number of players registered, and as a result some players win a ticket without playing a hand. 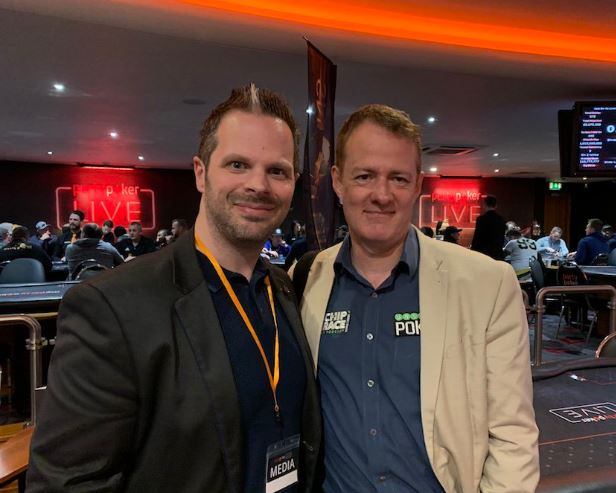 Another reason to play satellites is that they present a viable way to make money in and of themselves. If you have already won a package, most poker rooms will credit you with the cash value of the package if you go on to win a second package. I am quite well known in poker for twice finishing on top of the PokerStars UKIPT Satellite leaderboard where I would frequently win a £2,000 package to a UK or Ireland event, then go on to win another ten packages before the event started meaning I was over £15,000 up before playing in the target event. Other operators will actually allow you to unregister from the destination event and take ‘Tournament Dollars’ (T$) instead. These work the same as regular money, but they must be used to play in tournaments on the site, so the site keeps you playing in their games but you have flexibility. In the case of satellites held in live casinos they tend to let you just take the cash there and then. This is a viable method of making money but before you embark on it, make sure you know:

At the time of writing, online poker sites vary in what their policy is towards satellite grinders so rather than date the material in this book we won’t specify which site has which policy. It is a useful practice to check out the satellite policy whenever you play somewhere new, because it is constantly evolving.

The best reason to play satellites, however, is because they are by far and away the softest form of poker regularly available. It seems very counterintuitive because fundamentally satellites are perhaps the most formulaic, solvable form of poker you can imagine, but that is assuming everyone who plays in them is playing Game Theory Optimal (GTO), which they very rarely are. The biggest and most frequent error in satellites is when somebody ‘plays for the win’ and makes decisions that might maximise their chips in a regular MTT, but in a satellite it would be a suicidal tactic. In satellites everybody is playing for prizes of equal value, so it doesn’t matter if you end with 50% of the chips in play or a single big blind, you win the same prize. Putting your chips at risk in a high variance spot, even when it would be profitable in a MTT or cash game, is a huge error in satellites, where the name of the game is reducing variance. Not only do you see recreational players needlessly bleeding chips on the bubble in satellites, you also see otherwise talented MTT regulars unable to make the necessary ICM adjustments. They can also play too tight, which is also good news, because they are easily pushed off hands on the bubble. Either way, many MTT regulars look down their nose at satellites and do not put in the work they need to thrive in them. In fact, plenty of MTT regulars will scoff at the existence of this book in the first place, arguing it is too simple a form of poker to justify a book, whilst simultaneously making basic errors in them.

Just because satellites are soft overall, do not think for one second that you are not going to improve as a player by specialising in them. There is a misconception in poker that ‘good satellite regs are bad MTT regs’ and that someone would only play satellites because they cannot beat regular tournaments. This is probably because if you see an amateur player make a schoolboy error in a major tournament, they probably won their seat in a satellite, so it’s a selection bias. However, if you look at the players who crush the biggest satellites regularly, they are often some of the best players in the world. The players who beat up the old Steps satellites on PokerStars back in the day, or the players at the top of the partypoker PPL leaderboard at the time of writing, are among the biggest winning online MTT regulars as well as the crushers in the live Super High Roller tournaments. It’s a bell curve where weak players make up a lot of the field but some of the best players in the world specialise in them (However there is plenty of money to be made for those in the middle). Satellite regulars in particular have an acute understanding of ICM that even very good MTT regulars do not have. So while the games are soft at the low levels, the opportunity to become an ICM master at the top end knows no bounds.

It is precisely because satellites have been overlooked by the serious poker community that they remain a uniquely profitable form of poker.

Poker Satellite Strategy by Dara O’Kearney and Barry Carter is now available at Amazon. If you email [email protected] with proof of purchase and say that ‘Robbie sent you’ you can get an exclusive free video on how to do one of the complex ICM calculations in the book (quickly, at the tables).