What The Flop? | Smell Ya Later!

I took small breaths in and out of my mouth, trying to limit the air reaching my nose to zero. Shit, that wasn’t working. I was crushing the table, had happy chips for days, but the wafting smell of the man next to me kept intruding into my thoughts. Sweet holy mother, what is that smell? It smelled like a combination of rotting death — B.O. that had been let sit for days in the sun, rotating shirts until they all were reeking of the dump at the outskirts of town. He turned to his left and smiled at me. I smiled back internally screaming, “MOVE MOVE MOVE!” He had a friend that was standing behind him, which I hate anyways, but lurking and also emanating the same smell. It was like I was in a partial cone of silence with Oscar the Grouch and his rancid friend. 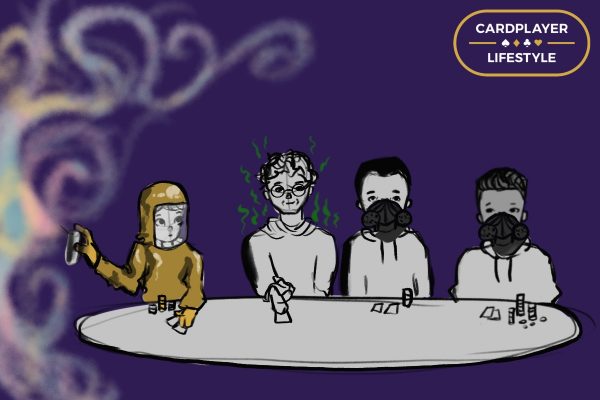 What made it worse is that I was wearing a cute dress and fancy jacket. I’d felt like fully embracing my feminine poker self that day, walking into the Commerce Casino smelling like a flower, rosemary mint shampoo and most importantly, deodorant. I was at that tipping point-five more minutes and his smell would become my smell. I would forever look at that outfit differently because it would’ve transformed into Oscar the Grouch’s stinky lady friend. I lovingly looked at my chips, raised my hand to the floor supervisor and asked for a table change. My chips melted slowly away while I reminded myself, WORTH IT.

It’s times like those that I fully identify with people who just prefer to play the game from home, on the well known sites or ever lesser known ones like casino online Romania. At least in your own home you can ensure a pleasant aroma while playing online. Perhaps even enjoy the smell of some freshly baked goods from the kitchen. But I digress…

The Sights and… Smells… of the Poker Felt

I’ve sat at tables where women were wearing overwhelming perfume in their high and poofed out hair. I’ve been at tables where someone smelled like overwhelming weed and the dealer leaned in to smell them for a contact high. I’ve been at tables where I smelled NOTHING. Those are my favorite. I want to smell nothing at the table as I’m taking in enough with my other senses. The worst is when I’m at a table where a smell like my cone of silence friend prompted me that my only power and recourse is to move tables.

I’m usually having a great time, making some money, laughing and then BOOM. A smell makes it so that my only option is to leave. I almost never do well at the next table. Actually the worst is when someone’s drunk or lit to the point that they’re giving you undue attention, calling you “poker Barbie,” telling you to go F yourself because you called the river with “crap”. With a smell, I sigh inside because I know I won’t say anything. There’s no Emily Post way to tell someone they smell like diarrhrea and could they move to another table.

There was recently a debate on Twitter if it’s appropriate to tell someone they smell at the poker table, and if so what’s a kind way to say it. I never want to make someone feel badly in that matter, so I’m screwed. I’ve made jokes that deodorant should be handed out at the WSOP. For some events, $10,000 should give you a gift/welcome basket which includes gum, deodorant, new underwear options, dial antibacterial soap, a mask with your initial seat number, Fiji water, and a reminder on pretty paper to wash your hands after you use the huge ass line to go to the bathroom at breaks. Maybe some Jack Links beef jerky as well as an apple. Fingers crossed Paris/Horseshoe!

A (Literal) Breath of Fresh Air

I’ve also been blessed with a highly astute, shall we say, sense of smell. I love it when I take the hotel elevator down and smell the spa. It takes me right to the mindset of massages, Jacuzzis, and pre-pandemic robes and communal sipping of tea. Casino hotel carpets have their own particular scent, usually differing slightly at the quality of the hotel. (I once took a “tour” of a place that I might be staying at during the WSOP which had trash strewn, dicey security, looked like a murder scene might be on later on Dateline, and I have a smell of the place in my memories just from the look of it. P.S. They were charging $5,000 for a few weeks… I went outside, cried to my best guy friend and said maybe I was done with poker. I wasn’t, and I didn’t stay there.) 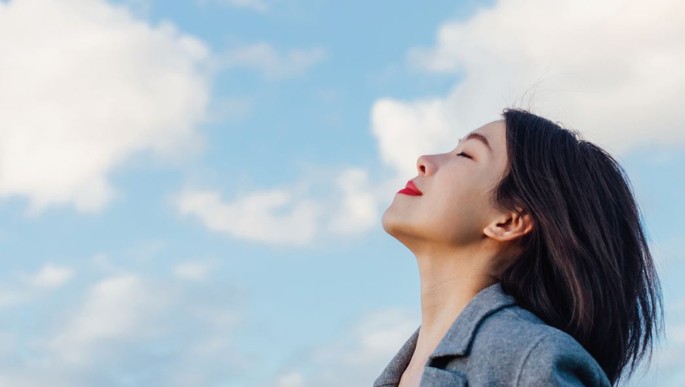 There’s so much I love from being in a large poker room, the sounds of the chips being riffed, sounds of the poker players giving one another crap, people seeing their friends stop by the tables and filing each other in, even having chips or the floor being called. I’ve realized that poker players sit for hours and hours, in sweats, comfortable clothing in the meat locker temperature of the rooms. It lends it itself to particular odors. And all I can do is ask for a seat change, table change or go outside and deeply inhale fresh air thinking “I’ll see you next time. Smell ya later.”