What the Flop? | Sisterhood of the Big Blind

There’s been an unspoken vibe and energy for women in poker lately since 2022’s WSOP. One that hummed beneath the surface. This energy and momentum spread to the WPT World Championship Festival at the Encore/Wynn.

From the moment I entered the Encore, I was immediately surrounded by luxury and poker players. This was no Hawaiian Gardens back in the day (where if poker chips that stuck together had a smell, it would smell like that iteration of the HG). I looked out the window at topiary gardens flanking a pool, walls in a deep red, employees in purple jackets and sporting earpieces.

When I walked into the inaugural WPT meet-up-game at the Wynn hosted by (and the brainchild of) Jamie Kerstetter, I was excited, filled with anticipation. The day ended up lighting me up inside, to where a friend commented how happy I looked. I was, filled up by these women who were there, women who had won millions of dollars willing to teach women who were playing their first hand, women who cheered when someone won a prize (such as $1100 passport entries to a 2023 WPT event), women who were completely in their element without having to explain themselves. The support they gave each other, and just the FUN of it all. 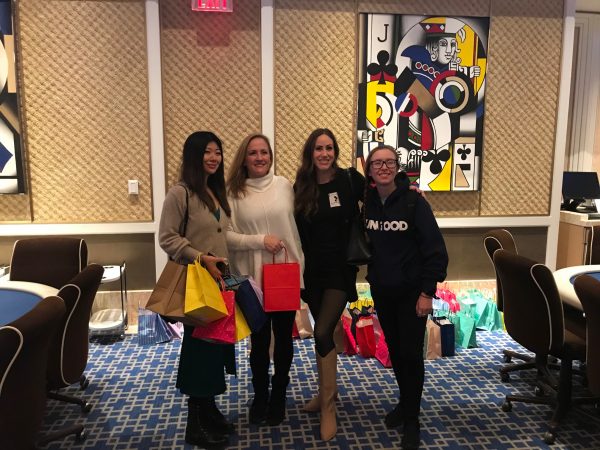 These women ended up treating me to lunch (thanks Sammie G and AJ Rudolph!). Yes, I might have been laser-focused on the salad more than finally meeting Joey Ingram in person, something I truly doubt happens to him often. He was there supporting the event, among many others. I got to see Efi Litsou who came in 18th at the 2022 WSOP Main Event, get a hug and a smile. I got to meet Erin Lydon (President of Poker Power) and Tara Smith (President of the Women’s Poker Association) in person, as well as Veronica Brill, Sofia Lövgren and Katie Kopp. So many others, too, that now fill that part of my memories. 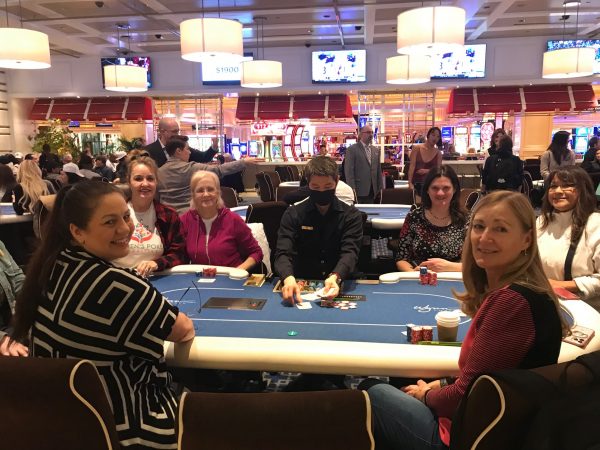 The pandemic made me so grateful for the small things in life, especially the kindness of many of the poker community. For the humor and ridiculousness of poker Twitter. For Caitlyn Comeskey for being hilarious in her videos.

When women get together, one of the jokes is “what are you going to do? Pillow fights and lingerie?” Maybe some do that, but some play poker. Some want to be John McClane in the first Die Hard (until they find out they’re claustrophobic). Women who play poker already have courage; the courage to be different, the courage to walk and STAY in the room and play poker. The courage to get better, admit mistakes in their game, and the courage to see a player lick their fingers after eating buffalo wings dipped in ranch dressing and then touch their cards. 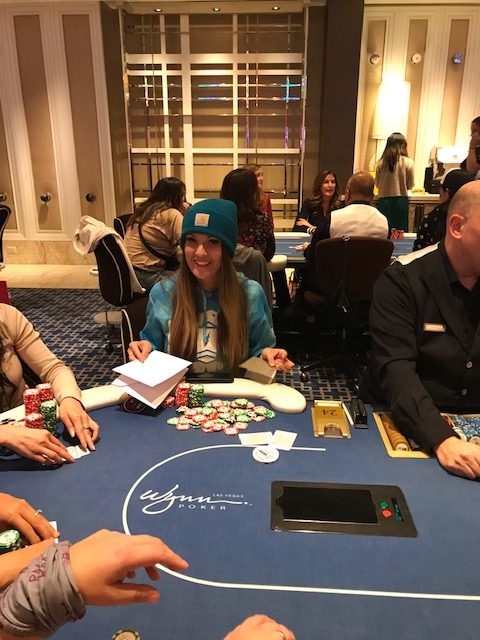