Home POKER OP-EDS What the Flop? | Poker Field of Dreams: If you build it, they will come
POKER OP-EDS

What the Flop? | Poker Field of Dreams: If you build it, they will come

Ed. Note: This is the fourth in an ongoing series of articles by Christina Bradfield entitled “What the Flop?” a poker column about the absurdities, humor, and just “random stuff” that goes along with playing poker.

“Yeah. no. The guys will definitely not go for that,” Mike (not his real name) responded. I’d just asked the floor supervisor of one of the most popular card rooms in Vegas if we could have one hot male server in the poker room. Just one in a sea of corseted women in fishnets serving me my coffee with cream and Splenda. Just one hot guy, he can even keep his shirt on, no fishnets required, but I can objectify him quietly as I ask for an extra napkin for my drink. 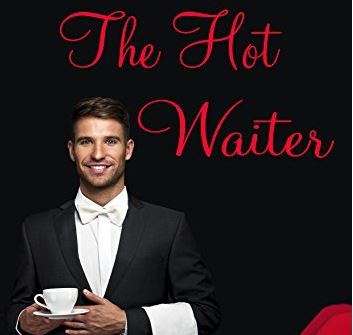 I’ve been hearing for years that the next big poker boom is going to be women, a sea of women joining the poker community to boost up numbers that rival the heyday in poker after the Moneymaker Effect swelled the entrants to the following year’s WSOP. I’ve heard just as many people saying there’s no way in…heck that would ever happen. It’s like a unicorn — that magical thought that some phenomenon would propel waves of women to participate in a primarily male sport. You’d have a better chance of winning a jackpot  at bspin.

To achieve this unicorn, how do we make poker attractive to women or incentivize it more without compromising the game that it is now? Or does poker have to change or compromise to have more of a gender blending?

I might be more incentivized to put time in the poker room if they said “Christina, for four hours of play we’ll give you a $25 gift certificate for the spa.” I already enjoy earning food comps and, ironically, the Commerce Casino has one of the best steak salads I’ve ever had, anywhere.

One of the first poker tournaments I ever played was at the Oasis in Mesquite, NV. It no longer exists, but for $10, I got an entry, parting gifts, and I met some great women. (It was a Women’s Tournament.) However, our parting gifts were either anti-aging cream or picture frames. At the time, most women there were about 50 years my senior (and kicked my butt!) I felt uncomfortable taking the cream in front of them so I took the picture frame. Where’s my Jack Link’s Beef Jerky that used to be a sponsor of the WSOP?

And as much as I love playing in women-only events, I also like the intermingling of men and women playing together. Granted, there’s more grunting and sweatpants, and I get asked constantly if I’m a nurse or a teacher, but there’s a vibrancy there.

Poker supervisors, perhaps consider an aspect of your poker room like a Field of Dreams for women. What do you have to build in order for them to come? WSOP, what needs to happen to have more than approximately 4% entrants who are women for the Main Event?

And I’m not necessarily advocating for special treatment, just a hot waiter or two would definitely make me wonder if I really wanted to see that movie or if I wanted to go play cards.

Or, perhaps my four hours of play could net me part of a pedicure. Yes, I’m partially joking, but small things make a difference.

I don’t want to be the unicorn, I want to be a part of the action; thinking about quads, joking with my table, and maybe hot guys, a killer steak salad and the potential of a pedicure. That’s the makings of my Field of Dreams…

What the Flop women in poker