They say that nowadays poker is a solved game… Well one mystery the poker community is still trying to solve is “Who is Isildur?”

The poker phenom known only as Isildur1 became famous almost instantly by racking up millions of dollars online faster that you can say “bankroll”! Moving up to play the highest of nosebleed stakes at some of the top online poker sites, Isildur counts among his conquests huge scores against the likes of Patrik Antonius and Tom Dwan. Just as amazingly, he lost millions in just a few sessions to a “triumvirate” of math specialists, most notably Brian Hastings, who used data mining — a somewhat controversial procedure among poker pros, to be sure — to “figure out his game”. Nonetheless, Isildur is still a force to be reckoned with, and is currently once again on his way up to the higher stakes online. Clearly this is a man who has mastered poker statistics, and has a firm grasp of the correct way to play after crunching all the numbers.

These days, just the mere mention of Isildur’s name seems to strike fear into the hearts of poker players worldwide, perhaps the same way the names Stu Ungar and Chip Reese once did. Will Isildur1 some day lay claim to being a multi-time WPT title winner or be chasing Phil Hellmuth for most career WSOP bracelets all-time? With decades to come and Isildur firmly entrenched playing the game’s highest stakes, that might be an eventuality. For the time being, it seems as though Isildur has limited himself to playing just Hold’em and Pot Limit Omaha, while other mixed games are out of his purview for the time being.

Those in the know understand that the man with the mysterious screenname Isildur1 has identified as the Swede, Viktor Blom, but that remains unconfirmed to the public at large. Regardless of who it is, it remains astounding the fact that a “mystery man” can suddenly just shoot on to the poker scene and begin gambling for sums most of us could only dream of. Where did this man learn how to play Texas Hold’em? 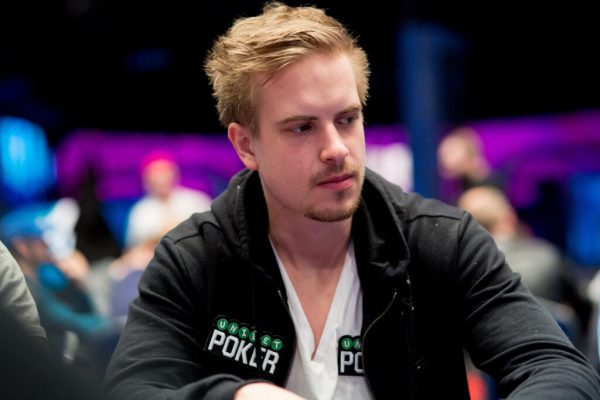 But there’s some good news: The man himself will soon make a public appearance on TV, in partypoker’s Big Game IV.

What we know now is that Isildur1 is from Scandinavia and supposedly very young (20 years old).

Apparently, Tony G. was instrumental in getting Isildur to “come out and play” in a live televised setting, but rumor has it that the young poker phenom might still wear a mask. I wonder if that’ll be a widespread thing some day… Talk about a tight table image! Wonder if he’ll speak or just sign to the dealer that he calls, raises or folds….

READ MORE: Interview with Tony G. The Heart of a Champion

Anyhow, the live action takes place next week, with the televised broadcast following soon thereafter. Stay tuned. We’ll be sure to cover the latest developments in the Isildur1 story right here on Cardplayer Lifestyle.

Isildur’s Poker “career peak” took place on November 15th when he totaled over $5 million. This is the moment he cut of the Ring and should have stopped playing, throwing the poker game in Mount Doom. But Isildur went on and his battles got bigger and bigger.