Everyone has pet peeves. Little things other people do that get under your skin like chewing loudly or FaceTiming in public without headphones. These seemingly small things can cause a visceral reaction. Poker is no different. In a game where emotions can run hot, poker pet peeves are very common. 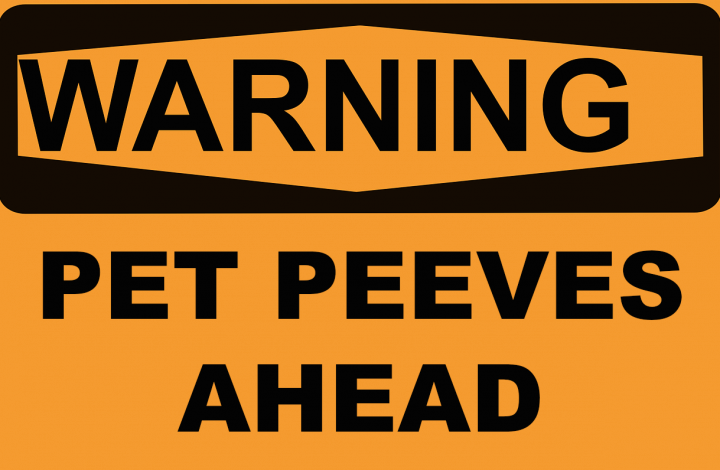 The trick with poker pet peeves is trying to ensure they affect your play as little as possible. The same is true, for instance, with bitcoin slot games. It doesn’t matter that you’re playing with a non-fiat currency, or whatever the particular slot game might be; you’ve just got to play and enjoy yourself!

Stacking chips isn’t hard, yet some players seem incapable of keeping their chips organized. It is common knowledge the best way to stack chips is in stacks of 20. The most common chip used in a poker game is $5, so an even stack of 20 chips is $100. Similar math can be applied to all chip denominations as it is an easy way to see stack and bet sizes.

However, plenty of players end up with a mangled mess of chips in front of them. If you want to make a tower and they end up being 25-40 chips each, so be it. You should still be able to ascertain a rough stack size. But when players have seemingly random stack sizes it can be incredibly annoying. Some players will have four working stacks of anywhere from 10 to 40 chips each. It makes it hard to count stack sizes and makes no sense. A select few (usually intoxicated) players will end up with a random pile of chips; a.k.a. “dirty stacks”. This is especially problematic if they have larger denomination chips, as the other players have no way of gauging their stack size. Make everyone’s lives easier and just stack your chips in 20s. 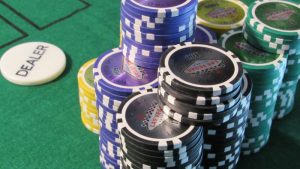 Players who cannot count their chips out quickly annoy everyone at the table. This is very common in low-stakes cash games where skill and comfort with the game vary greatly. The number of times I’ve seen someone count out a $75 call one or two chips at a time is insane. It slows the game down and is painful to watch. If you can’t count out five chips at a time, just announce “call” and slide in a stack. Letting the dealer collect the correct amount will make everyone’s lives easier.

Another pet peeve that slows down a poker game is players not paying attention. This can come in many varieties, whether they are playing online poker along with live, getting lost in conversation, watching a game, or even watching a movie on their tablet. No matter what the player is doing, it is very annoying when they need to be reminded multiple times that it is their action.

Although less common now, I distinctly remember a few regulars at my preferred card room bringing an iPad and headphones to play. All day they would sit and watch movies and need to be tapped on the shoulder to act. Nobody wants someone slowing down the game over and over. So please, put the tablet away and pay attention to the action.

I hate to break it to you…nobody cares about your bad beat. Boat over boat: wow that sucks, but we don’t need to hear it. He called your 3-bet with 67o and flopped a straight, yeah, it happens. For some reason, players think that their bad beat stories are unique. A bad beat story is nothing but complaining about some run bad. Everyone experiences running bad.

The worst part about bad beat stories is that there is never just one. If someone tells their bad beat story and one other player acknowledges it, there is a chain reaction. Suddenly every player within earshot thinks we want to hear about their worst beat of all time, too. Most of the time the beats aren’t even that bad. Unless you’re losing with quads at a casino that doesn’t have a bad beat jackpot, your story just isn’t that interesting. Even if you have an “I lost with quads” story, nobody wants to hear it. There is one acceptable bad beat story to tell, and only Bryce Yockey has the privilege of telling it.

My number one worst poker pet peeve is unnecessary tanking. As poker theory becomes more advanced, players have more to think about. However, the majority of players know what they are going to do within a few seconds. Most players have their plan. If my opponent bets, I am going to raise. If they check to me, I’ll bet. Yet for some reason, many players think they need to tank for at least 30 seconds on each hand. Maybe it is an image thing, or they’re really torn between two bet sizes, but regardless of the reason, it is very annoying. It is especially annoying when the tank is just to eventually either raise or fold preflop.

The absolute worst case of this is the dreaded double tank, which can sometimes occur in a multi-way pot. Let’s say the player first to act jams all-in on the river. The next player to act may have a tough decision and go into the tank for a couple of minutes debating their options. After their action is complete, the third player then enters the tank! What were they doing for the first tank? Can you not use that first couple of minutes to think things through? The player to act second has limited options for action, so if you’re the third player you should have a plan in place.

There is one more thing that should be added to the list, but I wouldn’t consider it a pet peeve. This is better described as abhorrent behavior that should NEVER be tolerated.

Players who are rude and abusive towards dealers don’t deserve a seat at the table. While the above list is annoying, it may be in your best interest to let it go and not call people out. But if you see someone verbally abusing a dealer, say something. Usually, the rest of the table hates it, too, but stays silent. Be the vocal person to stand up to that player, or if you like to avoid confrontation tell the closest floor person. The best way to end dealer abuse is to call those players out.

Everyone has their own pet peeves at the poker table. As you can tell, slowing down the game really gets under my skin. Hold’em games have been getting slower and slower over time, so avoiding the above will make everyone at the table happier. Please, do everyone a favor by keeping the game moving and keeping your bad beat stories to yourself. And, as always, tip and be nice to your dealers!