The world of online poker is constantly changing. This has become especially true lately, with several leading poker rooms trying to introduce new poker variants again and again. First, we had things like Spin & Gos, with their special dynamics, increased variance, and relatively weaker fields due to their propensity to attract many recreational players.

But, this was only the beginning. For online poker operators, it is imperative to keep players interested and introducing new game formats is definitely one way to achieve this. By doing this, rooms also try to answer some of the players’ demands and expectations. For example, quite a few rooms are now offering straddled games as a standard feature on their cash game tables, which is certainly a welcome addition for recreational and professional players alike (albeit for different reasons). 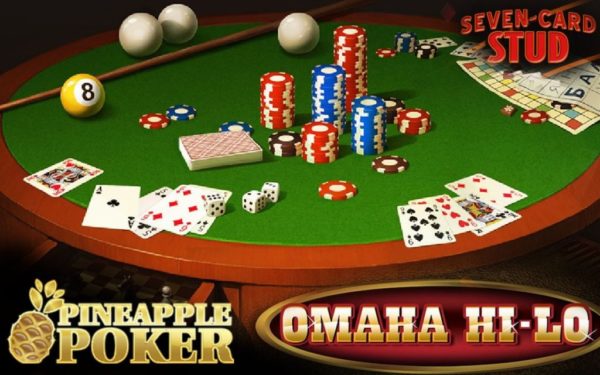 Obviously, not all new formats catch on and most of them are either removed or forgotten in a few weeks’ time. But, some, like Spin & Gos, manage to find their place under the sun, sometimes even getting in front and pushing aside some classics.

As a player, being able to adjust to new formats as they roll out can be a great way to increase your bottom line. With these three tips, you should be able to do so more effectively than your competition.

As mentioned, there are many new poker formats appearing at online rooms all the time. Not all of them are going to make it, which means some of them simply aren’t worth your time or attention. If a game is going to be around for just a couple of weeks, you just won’t have enough time to learn the necessary skills to fully capitalize on it.

So, when there is a new game or game variation out there, you should take a bit of time to think about whether it’s going to succeed or not. A good way to go about it is to check poker forums and see what people are saying about it. If something is about to strike gold, there’ll usually be some fuss about it. When players see something they like, they’ll start discussions about it and these discussions will pick up as more players discover a particular new format.

2. Be Quick to Develop a Basic Strategy

Once there is a new poker format that seems like it could hang around for a while, it is time to get down to business. Being among the first players to come up with some sort of actionable strategy for the particular game/format can provide you with a tremendous advantage over a large percentage of the field, which translates to more money, at least during those early days.

If you’re familiar with different types of poker tools, you probably have an idea of where to start. Plugging in some numbers and scenarios and adjusting them for a particular format (as much as possible) should at least give you some basic feedback to work with.

But, even if you aren’t the one to crunch the numbers, you can always try and talk strategy with your poker buddies on a forum or in a WhatsApp group. Even tossing some ideas around can help you get ahead of the curve. Plus, you never know if one of your buddies might come up with a detailed strategy plan and share it with you just because they feel like it.

3. Don’t Be Afraid of the Transition

Transitioning to a new poker format can be a challenge even for the most experienced players. In doing this, you’ll be leaving your comfort zone, which means there might be some unexpected surprises along the way.

Don’t let it change your mind and discourage from continuing with new formats. Just remember your early days in whatever format you’re currently proficient at and you’ll remember that you likely had exact same feelings about MTTs, Spin & Gos, or whatever your game of choice might be.

If a new format looks promising and you’ve managed to come up with a strategy that promises to be profitable in the long run, just stick with it. Every poker variant has inherent variance and if it happens to strike early on, so be it. Just weather the storm until you get back on track and you will be on the way to boosting your bankroll!