Poker truly is a global game, which goes a long way to explaining its international appeal. In recognition of that diversity, I decided to take a look at the top 10 players with Middle Eastern roots. A number of different Middle Eastern countries are represented in the list below, which begins with someone known for his big paydays as well as powers of illusion. That said, the list was compiled in no particular order. Without any further ado: When your nickname is “The Magician” it carries with it some lofty expectations. Fortunately for the Iranian-born Antonio Esfandiari, he has been able to back it up with over $25 million won in his poker career, more than any other poker pro in the world. His list of accomplishments includes two World Poker Tour championships and a victory at the “Big One for One Drop” in 2012 (1 of 3 WSOP bracelets he owns). The latter event was the largest buy-in tournament in history and Esfandiari’s take home was $18,346,673 – his best magic trick to date. He will be turning 35 in December and we wonder if he’ll be able to top the birthday party he threw for himself last year. 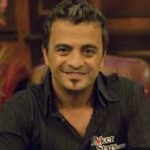 There are few “One Drop” opportunities in the world of pro poker. Joe Hachem had to “make due” with a plain old victory at the 2005 Main Event of the World Series of Poker, which was good enough for a $7.5 million payday. The most successful Australian player of all-time, Hachem largely credits his Lebanese roots for his success. In an interview with Poker Player Magazine, he was quoted as saying, “Being born Lebanese as I was and playing cards, it’s a combination that’s natural.” 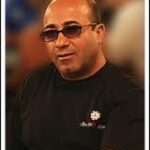 Born and raised in Lebanon, Freddy Deeb shares more than just a knack for poker with Joe Hachem. Deeb currently sits #35 on the all-time poker tournament career money list, which is a little behind Hachem (#11). However, he does hold the edge for career cashes and WSOP bracelets (2). Deeb also has a dramatic narrative to accompany that success, turning to poker for income when he was unable to land a job due to complications with his citizenship. Fortunately, it turns out that he’s not too bad. 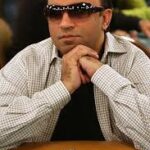 It turns out that Hasan Habib’s skill set is not limited to professional poker. Born in Karachi, Pakistan, Habib is a former 14-and-under National Tennis Champion in that country. Although far-removed from his biggest career win – a $1,372,223 take home at the Five-Star World Poker Classic in April 2004 – Habib is still a presence in the poker world, having cashed for $12,667 at the WSOP back in June. 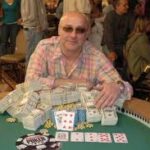 Countrymen to Esfandiari, Bonyadi moved from Iran to the United States in 1983. Early exposure to the U.S. casino business included holding the title of executive host at the Commerce Casino (one of this poker writer’s favorite places to play) and shift manager at Hollywood Park Casino. Bonyadi garnered attention for his poker skills at the 1998 World Series of Poker, earning $429,000 in a Limit Hold’Em victory. Farzad has been quiet over the last year but his 3 WSOP bracelets still speak for themselves and stand the test of time. Born in Lebanon, Sammy Farha might be best known for his showdown with Chris Moneymaker at the 2003 WSOP Main Event. We know how that turned out: Moneymaker came out on top and what has been referred to as the “poker boom” began. Although his winnings aren’t as impressive as some of the other poker players with Middle Eastern roots on this list, Farha remains a popular face who is exceedingly cool at the table and easy to root for. Of course his books on Omaha and 3 WSOP bracelets in that poker discipline still make him count as one of the game’s best. 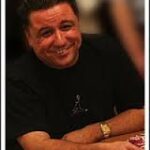 It seems like Eli Elezra should have higher totals for career winnings to back up his notoriety and fame in the poker world, at least based on all those Poker After Dark appearances. One might not have anything to do with the other but the PAD performances certainly increased the popularity of the Jerusalem-born Elezra. It’s probable, though, that Elezra’s biggest wins have come in poker cash games, whose results are obviously not known to the public. That said, the man’s got 2 WSOP bracelets, one of which he just won playing 2-7 Triple Draw this year. Oh, and he’s one of the Top 10 Jews in Poker. 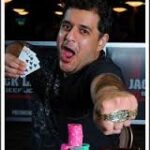 Owais Ahmed is still plenty young and is going to be a lot of fun to watch playing poker for years to come. He has 15 cashes since January 2012 but his two biggest paydays were at the 2011 World Series of Poker. That year he won $255,959 and his only bracelet by taking first place in the Omaha & 7 Card Stud Hi/Lo 8 or Better. That was accompanied by a $482,058 fourth place finish in the Poker Players Championship. The Pakistani-born Ahmed has been convincing as one of the nicest guys in poker – he’ll now look to prove he is also one of the best. 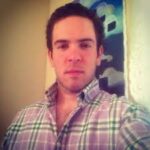 Yuval Bronshtein has been on a sustained tear for the last four years, having accumulated 30 cashes since January 2010. Although he has yet to win his first WSOP bracelet, the Israeli-born Bronshtein seems destined for continued prominence. For instance, he had a very deep run in the 2012 WSOP Main Event, finishing 23rd (we interviewed him just afterwards). In addition to all those earnings, Bronshtein was the only player to cash at the World Series of Poker Europe H.O.R.S.E. event in both 2007 and 2008. Yuval’s feats of greatness have also been visible in the online sphere where he has shown his ability to dominate. 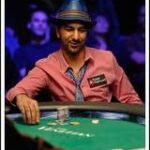 One of the rare poker pros who is deadly both while playing live poker and online poker, Faraz Jaka has won millions on both the live and virtual felt. With Pakistani roots, Jaka doesn’t yet have that career-defining win, but he’s final tables WPT, EPT, and WSOP events as well as won many a prestigious online tournament. Surely his best days in poker are yet to come – and that’s pretty impressive considering he’s already won upwards of $5 million.

Ed. note – Oct. 8th, 2013: I woke up this morning to find a number of pro poker players discussing this article on Twitter (thanks for reading and sharing by the way!). It thus came to my attention that I had made an incredibly glaring (accidental) omission – indeed it would reflect poorly on me as a poker writer and this site, as the go-to news and information resource for recreational poker players and fans, were this player to not appear on the list. That said, better late than never… So as not to disrespect any of the other 10 players by removing them, I’m adding #11: 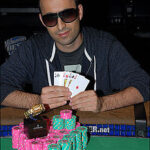 Daniel Alaei has been a true force at the poker tables for close to a decade now. The 4-time WSOP bracelet winner, of Iranian descent, also boasts having won the WPT 5 Diamond Classic, back in 2009. A force at both the tournament tables and cash game tables, Alaei was featured numerous times on the popular High Stakes Poker TV series, mixing it up with the best of the best of the game’s players. His most recent big score came at this past summer’s WSOP, where he took down the PLO Championship event, for the 2nd time in 4 years.

Source of career tournament poker winnings data: CardPlayer.com Rankings. All images for illustrative use only.