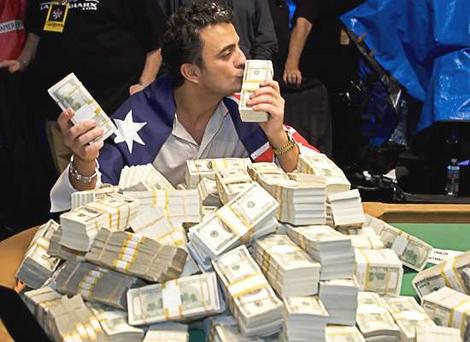 Bursting onto the poker scene with his dramatic 2005 WSOP Main Event win, Hachem’s has been a household name ever since. His successes didn’t end with his then-record $7.5 million haul either – far from it. Since his marquee victory, Hachem has racked up an impressive $4 million+ in additional live poker tournament earnings. One of the Top 10 Poker Players with Middle Eastern Roots, Hachem has shone brightly away from the felt as a poker ambassador all over the world, specifically in his home country of Australia, bringing unparalleled class and dignity to the game.

Joe was kind enough to agree to sit and chat with us here at Cardplayer Lifestyle just ahead of the 2014 Aussie Millions. We want to thank him so much for his time and for making himself available for this exclusive interview. We hope you enjoy. 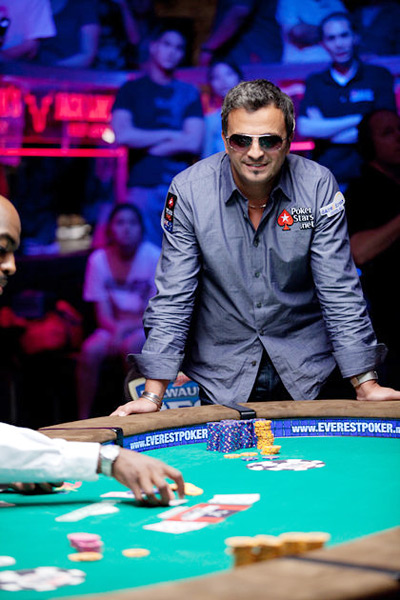 CPL: You’ll forever be a poker ambassador as well as Australia’s #1 poker son. You’ve obviously embraced that role. What impact (benefits/limitations/disadvantages) do you think this has had on you purely on a poker playing level?

Joe Hachem: I forever have a target on my back 🙂 it comes with the territory. People either want to beat you or be beaten by you so they have a story to tell; it can be quite numerous and profitable at times and then quite frustrating at other times. The worst is when you can’t make a hand and every time you enter a pot every one at your table and the adjacent 3 tables call or raise to get involved with you, lol. On a different note, having won the WSOP Championship, I always feel encouraged and challenged to keep improving my game, which is a really positive thing. You know what they say: “you’re only as good as the last hand you played”.

CPL: The WSOP has decided upon alternating WSOPE and WSOP Asia events every two years rather than having both as annual events. In your opinion, is this good or bad for poker in general? For Australian poker specifically?

JH: I think this is a very good decision. I was getting sick of the brand dilution anyway.

CPL: If you hadn’t won the WSOP Main Event in 2005, your life would’ve almost surely been very different. What would you have done differently over the last 8.5 years?

JH: If hadn’t of won, I would have definitely not travelled the world chasing glory. I would have gone back home and played locally and used my $$ for investment and most likely made a trip to Vegas every year for the WSOP. I see guys make this mistake so often when they get a big score. Take the money and manage it and your future expectations. Poker is a hard life if you have no sponsorship or business to support you. I was just extremely lucky that I won at the peak of the poker industry. I tell people all the time that I am much more proud of what I have done with my WSOP success as opposed to just the victory itself.

CPL: You had a flourishing career as a chiropractor for over a decade before it was sadly cut short by erythromelalgia. Do you ever miss your previous career? Was life simpler? Does erythromelalgia still affect you at all while playing poker for long sessions?

JH: It’s funny but my chiropractic days belong to a different life now. I rarely think about those days. The first couple of years were so tough because it was my life. Erythromelalgia still affects me today and it goes through stages when it really sucks and when it’s not even noticeable. If I riffle the chips too much, I do begin to feel pain to the point where I just have to stop. 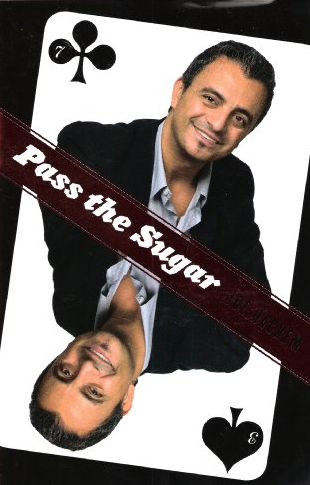 CPL: Your 2009 autobiography is called “Pass the Sugar”. Why did you go with that title and do you remember the first time you used that line at the poker table?

JH: “Pass the sugar” was first coined by an old Greek friend of mine and he ingrained it to my brain with his not so subtle Greek accent. Any time he would drag in a pot he would exclaim “pass the sugar” across the table, in a way rubbing in our faces. I said for the first time over 15 years ago I would say.

CPL: You started the Joe Hachem Poker Academy about a year ago. With so much poker training material out there these days, what does your academy purport to teach new players and players looking to improve that they can’t learn elsewhere?

JH: It seemed to me that all the other sites were so complex and impersonal, aimed at all the online grinders. But what about the average Joe? Where does he get to improve his game with out being bamboozled with all the modern poker jargon? Where can she get personal, intimate help that’s delivered in short succinct bursts so as to not overwhelm her? Where do these novice players get educated and entertained with out spending a fortune? That’s why I created the Joe Hachem Poker Academy! Subscribers welcome 🙂

CPL: You were a PokerStars ambassador for 5 years before parting ways with the company back in 2011. What do you miss the most and the least about that? Are you actively seeking a new big sponsorship deal?

JH: I had a great time with PokerStars and I will always be grateful, but all things come to an end eventually as did our relationship. I am happy and proud to say that I am currently and ambassador for the APT (Asian Poker Tour), Crown Casino, and NPL ([Australia’s] National Poker League), so as you can imagine I have enough to keep me busy at the moment. 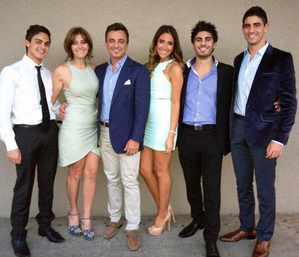 Joe Hachem and his family

CPL: You’ve accomplished so much in poker and you’re also leading a very balanced life –married for over 20 years and proud father of 4 kids. What are your current and long-term goals in poker and in life in general?

JH: I would like to win everything and will stay competitive till my last breath. But the reality is I don’t have the time, energy or priority to devote to poker like I used to. I am very grateful for all my successes but that’s life and balance is such a beautiful thing. To be honest, to me family is everything and I was mistaken to think that when my kids got older they would need me less; it’s the exact opposite for now.

I would love to win the Aussie Millions one day; I would happily retire after that… maybe 🙂

I must be the luckiest man on earth. I have 4 grown children, youngest is 18, and they all fight to see who gets to sit next to me #blessed

CPL: Thanks again so much for your time Joe. Good luck at the upcoming Aussie Millions and, for the sake of all us poker fans, please don’t retire if you win!