Over the last little while, I’ve been somewhat more attuned to music than usual. You see, Israel (where I live) has gone a bit head-over-heels crazy for Netta Barzilai, a singer who defied the odds to scoop a win at the Eurovision 2018 festival. Watched by hundreds of millions of people worldwide, Netta did our country proud, meaning that in 2019 we’ll have the honor of hosting the annual musical celebration.

Close your eyes and imagine…

Scrolling through my Twitter timeline after the contest ended, it was a mix of the standard poker fare, as well as lots of hubbub about the Eurovision contest. One Tweet, in particular, caught my eye though; that of PokerStars Mind Sports ambassador Jennifer Shahade. I hadn’t realized she was in my neck of the woods:

The first time I ever watched #Eurovison, in Jerusalem, as cheers erupted on the Musrara streets at 2 AM.

Was enthralled by the endless scoring drama, like something @GregShahade would devise.

Why is the difference Btwn 1st and 2nd same as diff Btwn 2nd and 3rd though? https://t.co/VOO7VRK2x2 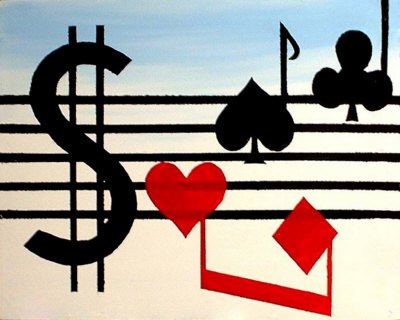 Well, when you can’t get a song out of your head, sometimes the best thing to do is go with the flow. Sunday is the #1 day for the online poker grind, and Twitter also helped remind me that we’re smack in the middle of SCOOP 2018. Numerous members of Team PokerStars Online have been streaming their online tournament action, accompanied of course by plenty of background music to help them stay focused while simultaneously keeping their poker-loving Twitch audiences entertained.

I’m pretty certain that none of the most recent Eurovision songs haven’t yet made it on to the playlists of top online pros. So what are they listening to, though, you ask? Well, the first person I turned to was my buddy (and proud sponsor of my 2018  #charitypoker1000km Running Well challenge), Jaime Staples:

If those artists sound up your alley, be sure to catch Jaime on Twitch and groove along with him: 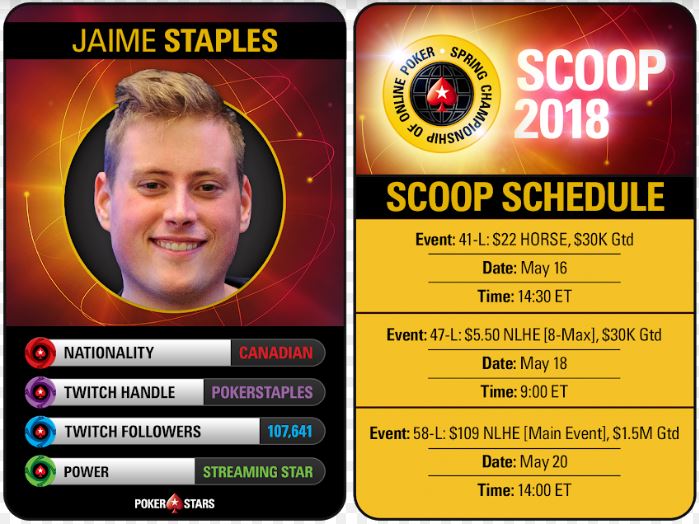 By contrast, Randy “nanonoko” Lew doesn’t listen to music too often while grinding online, finding lyrics somewhat distracting while he’s trying to concentrate on winning at the virtual felt.

I prefer songs that don’t have too many lyrics. Electronic songs like from ‘Deadmau5’ or ‘Zedd’ come high on my list.

Also quite popular on Twitch, I personally wouldn’t necessarily tune in to Randy’s stream for his musical choices, but as a recreational player, I very much identify with his attitude about playing online. In his words, “The best part about SCOOP is the buy-ins for Low, Medium, and High which accommodate many different players, and they have a very similar structure, too. If you have a small bankroll, you can still experience a big prize pool during SCOOP or vice versa to win large amounts of money.” 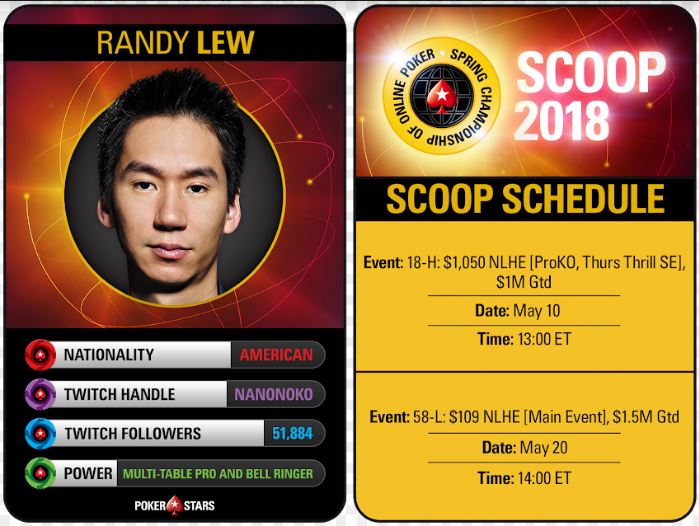 If you can’t wait a few days until Jaime or Randy start streaming SCOOP tournaments, you’re in luck, as their Team PokerStars Online colleague Mikhail Shalamov will be firing up a number of tournaments as well. Hoping to turn small buy ins into big winnings, Mikhail’s “favorite thing about SCOOP is that plenty of people win big prizes and then decide to compete in cash games after that.”

As for what musical selection will accompany Mikhail’s online poker grind today…. well, you’ll just have to be sure to tune in to his Twitch channel. 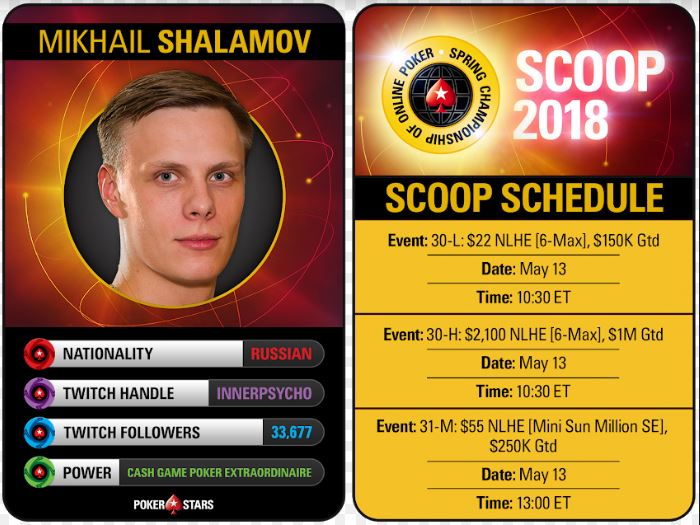 What are your favorite beats when playing poker online or in your local card room? Let us know in the comments, below.