For poker players, the summer is essentially over and autumn is on the horizon. With the World Series of Poker and various Vegas events now concluded, poker players are starting to look to scratch that competitive itch. Sure, you can get a bit of a poker fix by watching PokerGO or Poker Night in America, but some prefer something a bit more interactive.

For those who like to scratch that itch with a little sports betting, https://footballjunkie.co.uk/best-betting-sites/ has some great options for you. Not sure about which events to bet? Check out our list below of five sporting events to bet on this fall. 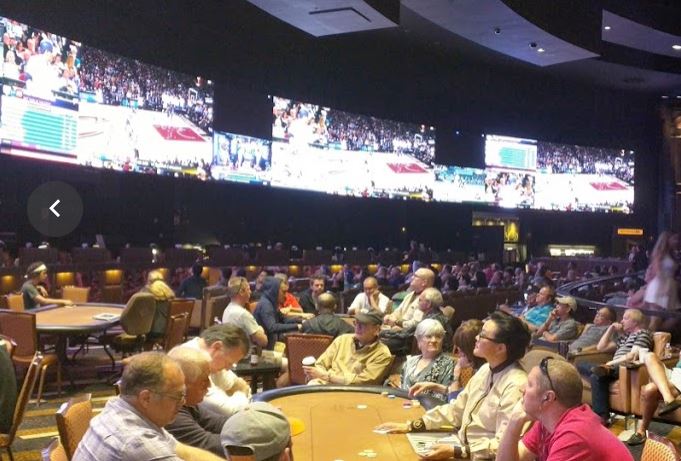 To be clear, we are talking baseball, not poker. The Fall Classic has produced some fantastic drama in the last few years with three of the last five World Series going the full seven games. Boston won it all last year, but will likely fail to make the playoffs this year. However, the Dodgers are in great shape to make their third straight World Series.

Other teams in contention are the Chicago Cubs, Atlanta Braves, Houston Astros, Minnesota Twins, Cleveland Indians, and New York Yankees. While many analysts are looking ahead to an Astros – L.A. World Series, fans of baseball history would probably rather see another Yankees – Dodgers rematch.

The World Series is the one time of year that even casual sports fans pay attention to baseball, and is definitely one of the events poker players will be betting on this fall.

College Football is more than a sport. It is a religion to many fans, and every game can be its own event. It is among the most exciting sports in America because it is one of the few sports where every game matters, especially if your favorite team is a contender for the National Championship. For many teams, a single loss can mean the end of a National Championship run, making every game that much more exciting.

It’s no surprise that perennially strong teams like Clemson, Alabama, and Georgia are among the preseason favorites to win the National Championship. However, the season is long, and a lot can happen. In a few weeks, we could be talking about a whole new crop of National Title contenders. However, the National Championship is not the only “event” during the season. Just ask fans.

There are numerous rivalry games every year that are their own major event. Michigan-Ohio State, Miami-Florida State, Alabama-Auburn, Virginia-Virginia Tech, and Army-Navy are all examples of classic rivalry games that will generate huge action among poker players who like to bet on sports.

The NFL is naturally going to be on this list as it is the most popular sport in America. Every week there are major match-ups that are major events unto themselves. Games such as Green Bay-Chicago are hotly contested and even garner the attention of casual NFL fans and poker players who want to splash around a bit in sports betting.

Heading into the 2019 NFL Season, the Kansas City Chiefs and the New England Patriots are the favorites to win the Super Bowl with the L.A. Rams and the New Orleans Saints right behind them. Keep a lookout for my Chicago Bears this year as — on paper — they have one of the best teams they’ve had in decades!

The great thing about the NFL is that you genuinely never know what’s going to happen. A team could come into the season looking to run deep in the playoffs, and a couple of key injuries results in a losing season. Other teams can overachieve and get rewarded by facing Tom Brady and company in the Super Bowl. Oh, and don’t worry Patriots haters, Brady will be retiring soon.

Yes, NASCAR is still considered a sport, which means poker players are ready to bet on it. The Monster Energy NASCAR Cup Playoffs kick off mid-September, and we already have a good idea who will make a deep playoff run. Kyle Busch, Martin Truex, and Denny Hamlin are the current top three with Brad Keselowski, Joey Logano, and Kevin Harvick right behind.

Every NASCAR race brings lots of wagering, but once we hit the playoffs, we have ten races to determine the top racer on the circuit. Each race will be important as we lose three racers every three races. The final race of the season will be the Ford EcoBoost 400 on November 14, and the Final Four will race to see who wins the title.

Joey Logano is the defending champion while both Martin Truex and Kyle Busch are looking for their second career titles. There’s a lot of exciting racing left in this season, and the playoffs should prove to be the best in years. Expect many poker players to try and profit by betting on the outcome.

The rematch is one between the current IBF, WBO, IBO, and WBA Super Heavyweight Champion and former champion Anthony Joshua. The pair will battle for on December 7 at Diriyah, Saudi Arabia in an event being called “Clash on the Dunes.”

On June 1, Ruiz shocked the world when he beat Joshua by TKO in what some have called the greatest upset in boxing history. The only person that didn’t seem shocked is Lineal Heavyweight Champion Tyson Fury. He told reporters ahead of the fight that Ruiz was a hard puncher and could shock Joshua.

Oddsmakers put Joshua as the favorite in this fight, but he will have to put together a better performance than he did in June. Boxing Hall of Famer and ESPN analyst Teddy Atlas said that Joshua didn’t want to be in the June 1 fight and had no sense of urgency. Even Joshua told reporters that he needs to “get that passion back” for fighting. If he can, Ruiz might join the ranks of Buster Douglas as a flash in the pan heavyweight champion. Expect poker Twitter to go wild prior to, during, and after the fight with the community discussing not just the in-ring action, but how they’ve fared with their bets on the match.