At the end of June, I had the privilege of attending the Women in Poker Hall of Fame induction ceremony. At the event, WPT Executive Tournament Director Matt Savage delivered an impassioned keynote speech, which was complemented by similarly moving acceptance speeches by the luncheon’s honorees Maria Ho and Lupe Soto. The sentiments I heard from them about women’s participation in poker inspired me to add my own voice to the chorus and pen what I still feel is the most important article I’ve written this year.

One premier organization that heeded the event’s call to action was the World Poker Tour. Renowned for being a company in which 60% of the executive management team is female, the WPT also slots plenty of additional women in leadership roles, such as Ging Masinda, who oversees the WPTDeepstacks brand and product, and Mandy Glogow, creative producer of their TV shows.

In particular, with the support and encouragement of CEO Adam Pliska, the company’s Vice President of Global Tour Management Angelica Hael resolved to continue leading by example and spearhead an inaugural Women’s Poker Summit, gathering individuals from across the poker industry to participate in brainstorming sessions and move the stagnant “women in poker” discussion forward towards defining actual resolutions. The summit took place this past Sunday, August 26th, which was coincidentally Women’s Equality Day, and Angelica was kind enough to speak with me and reflect upon the proceedings. 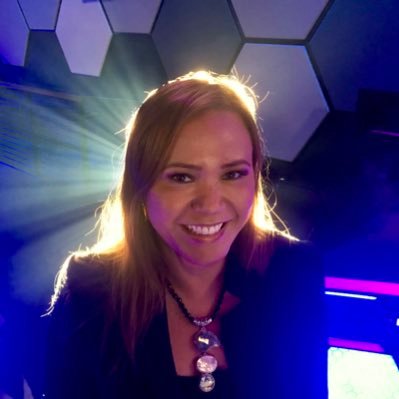 Approximately how many people turned up for the event and for how long did the event last?

We had approximately 50 attendees and the proceedings lasted for about three hours. After the summit itself, we then hosted a freeroll poker tournament later in the evening for all of those who attended.

How did you end up selecting the Bicycle Hotel & Casino in Los Angeles as the host venue for the inaugural WPT Women’s Poker Summit?

For the inaugural summit, we thought it best to have it coincide with a WPT event. At the time, WPT500 Los Angeles was right around the corner and located right in our backyard at the Bicycle Hotel & Casino. The combination of already having resources on the ground and the venue’s close proximity to many we felt would want to attend made sense, so we included the summit as part of the WPT500 Los Angeles festivities.

Photos of the first-ever WPT Women’s Poker Summit. Thank you to the @BicycleCasino for hosting! pic.twitter.com/P1rQ8rmOlM

You had mentioned, in a great interview with Earl Burton over at Poker News Daily, that the summit would be broken up into two main parts, first identifying the issues (i.e., “Why don’t more women play poker?”) and then brainstorming for resolutions. What factors did the participants agree were the main reasons responsible for relatively few women playing?

For the summit format, we thought it important to know the major issues beforehand so that more ample time could be dedicated to identifying a set of recommendations and solutions. The overwhelming major issue outlined by the participants is the unwelcoming environment, followed by game format and accessibility, and then finally societal attitude.

Would you be able to list some of the actionable items the assembly came up with to help bring more women into the game?

After much discussion and lively engagement, the teams came up with some wonderfully creative ideas! Some of them are:

While it would be wonderful to someday see men and women equally represented in poker rooms and tournament fields, it’s obvious that that’s not a change we will see overnight. Did participants at the summit resolve to try and boost the number of women playing poker by any particular amount – say doubling the current average to 10% – within any particular time frame? Moreover, what sort of short-term and long-term changes do you feel you’ll need to see for the initiative to objectively be regarded as a successful one?

Everyone in the room agreed that it was going to take time to see meaningful and significant changes. On the other hand, the participants were buoyed by the fact that 25% of WPT TV viewers were female and 25% of players who play on Zynga Poker are women, so it shows that there is an interest from women, but that the interest isn’t converting to the live poker setting.

The initiative will take time and it will take the effort from all sectors of the poker ecosystem to make it a success. Our hope is that the many dialogues and discussions that are now taking place continue, with various groups and individuals working together towards a common goal. We now need to work together with people in the community to make the live poker setting match the online platforms.

It’s one thing to come up with a list of resolutions for women and for large poker companies like the World Poker Tour. With that said, what sort of actions can individual men take to help the cause?

During our summit, it was evident that men in general can do so much – it doesn’t even cost anything and requires very little effort. Be a friendly face, smile, and if you feel like it, maybe say hello. If you see someone get berated, abused, or harassed (even towards a male), do something to diffuse the situation. Everyone at the poker tables and by extension our entire community, can really benefit by having a non-abusive and pleasant environment. An ambiance like this will attract not just women but men as well and that can only be a good thing for our game.

*More great pictures from the Inaugural Women’s Poker Summit can be found here, on Flickr.