North Carolina is known for many things, among them being the site of the Wright Brothers’ first airplane flight in Kitty Hawk, home to two of the nation’s top men’s college basketball programs at Duke University and the University of North Carolina, and home to the Biltmore Estate, the largest privately-owned home in America. Nowhere in the state, however, could the great American pastime of poker legally be dealt at a live table until just this week.

There’s just one casino in the state, Harrah’s Cherokee Casino, and it had only been allowed to spread electronic games since its opening in 1997. Years of petitioning the local authorities finally paid off this week, as North Carolina Governor Beverly Perdue signed into law a bill allowing live poker to be spread at gaming tables.

In a move slated to add approximately 400 new jobs, many of the gaming machines at Harrah’s Cherokee Casino are slated to be replaced by live dealer-operated table games. Up until now, poker was indeed available at this North Carolina gaming establishment, but only via electronic poker tables, which offered both cash games and poker tournaments. 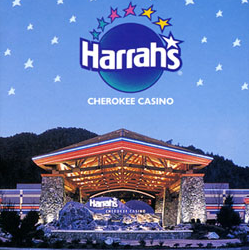 Officials at Harrah’s Cherokee Casino are working diligently to expedite the changeover, with hopes that the brand new live dealer poker room will open in time for July 4th Independence Day celebrations.

The casino is officially owned by the Eastern Band of Cherokee Indians, but is managed by Caesars Entertainment. With real poker on the horizon, Cardplayer Lifestyle’s guess is that Caesars Entertainment will add the “new” poker room and local market of players to their nationwide network, incentivizing them with World Series of Poker-branded opportunities, and possibly even making North Carolina a brand new WSOP Circuit destination.

The introduction of poker to North Carolina comes hot on the heels of last month’s successful launch of live poker in Ohio, at the Horseshoe Casino in Cleveland.