The attraction of poker to many is the chance to win big money, but to those who are already at the top of their chosen field, it’s more about the game and the competition than the cash.

Celebrities from film and sport love the game for what it is, and their competitive edge means they like nothing better than putting one over on some of the biggest names in poker. 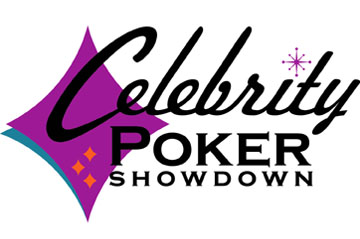 Some have even made the transition permanently to the world of poker, and below we’ll look at five of the best celebrity players:

A Hollywood actress and Oscar nominee, Jennifer Tilly became serious about the game in 2005, winning a WSOP bracelet in the Ladies’ No Limit Texas Hold’em event, topping a field of over 600 players. Regularly seen at televised tournaments, her winnings are in excess of $1 million and she is more than capable of holding her own with the cards, and the verbals, against some of the top players in the world. While she is a player in her own right, it’s also worth mentioning she is the longtime girlfriend of poker pro Phil Laak.

Barny. Let’s you and I start working on getting into the Poker Hall of Fame! If we are in the PHOF people would have to refer to us as notables!

According to Offers.Bet, a 12-year career in the NFL and three Super Bowl rings with New England Patriots is not be sniffed at, but Richard Seymour then set his sights on poker, becoming a regular face at many of the High Roller Events both in America and across Europe. He has over $600,000 in poker earnings, and made it to Day 5 of the WSOP Main Event in 2019, finishing in 131st place, taking home just under $60,000.

Love seeing non-poker athletes and celebs playing the game. Richard Seymour one of those. Loves poker and is playing WSOP #MainEvent Day 1a.

Top soccer player Gerard Pique (perhaps just as well known as the other half of singer Shakira) is a businessman as well as sports star. He’s also part of the team behind the revamped Davis Cup tennis competition, which is among a host of ventures he’s involved with. He boasts over 100 international appearances for Spain and when he’s not playing soccer or thinking up the latest business plan, he’s playing poker, including a second-placed finish in the European Poker Tour Barcelona single-day High Roller Event – winning $400,000. He’s also participated in the World Series of Poker a handful of times since 2013, pitting his skills against some of the game’s best-known players.

The actor and other half of Jennifer Lopez is keen on his poker and blackjack; he’s not too bad either, winning a poker championship back in 2004, which netted him $350,000 – these days he’d probably get more for a cameo in a Hollywood movie. The tournament in question was the California State Tournament Championship but his skill at blackjack once saw him banned from the game at one Las Vegas casino, reports CNN. He hasn’t had it all his own way, however, infamously placing a $400,000 bet on a poker hand in 2001 – he lost!

He may be known for a Twitter tirade or two, but James Woods is a fine actor, and a more than capable poker player, who is a fixture on the California poker scene, and also at tournaments across the US, especially the World Series of Poker. He won’t win any hands with two Oscar nominations and a Golden Globe, but he loves the game, and pitting his wits against some of the top stars seems to keep the 74-year-old young at heart.

We are into the $10,000 RAZZ Championship, friends. I appreciate my supporters on @StakeKings and will play my very best for you.