Ask the Poker Experts: For Ladies Transitioning from Tournaments to Cash Games

But what happens after that? For ladies who enjoy their initial poker experience and want to begin taking the next steps towards getting more involved in the game, what advice should they heed and how should they approach the idea of getting into cash games for the first time, which are a whole different cup of tea?

In this edition of our ongoing Ask the Poker Experts series, we approached four well-known, successful female poker players who’ve got tons of experience playing in both tournaments and cash games.

I’d like to thank (in alphabetical order) Marle Cordeiro, Vanessa Kade, Sofia Lovgren, and Jennifer Tilly, who kindly agreed to take part in this panel and share their advice. I’m certain that Cardplayer Lifestyle readers, both ladies and men alike, will find their answers intriguing and instructive.

QUESTION: What tips would you offer women who want to begin playing in cash games but who have thus far only played in Ladies-only tournaments? 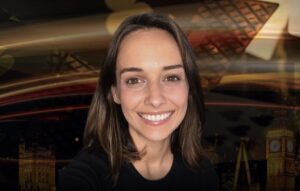 It can be weird sitting at a live cash game for the first time, especially for women. Once you go to live cash, you’ll never go back. The only drawback is you’ll most often be the only woman surrounded by men in their natural habitat. It can be unsettling the first time, especially if you’re new to poker completely. Here are a few things that made my experience better.

Marle Cordeiro is a poker player and content creator. She has her own YouTube vlog as well as a weekly podcast on Run it Once’s YouTube channel. 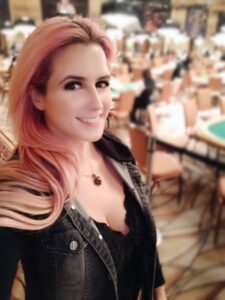 Whether you want to be competitive or just want to play poker for fun, play the game for you, your way. Be kind, but don’t fall into the trap of bending yourself to fill the roles others pressure you to play – it’s a futile endeavor to try to please everyone.

Women worry a lot about being criticized or embarrassed by making mistakes, but it’s part of the game and part of getting better. There isn’t a pro alive who hasn’t punted off into the nuts a number of times, and it happens more when you’re first figuring things out. Just remember that the people who are fastest to criticize and offer unsolicited advice are also usually the least qualified to give it. More often than not, they’re trying to prove how much they know because of their own insecurity.

Based on my experience, I would suggest making friends with players who are better than you who you can openly ask questions to, and make sure you keep some friends outside of poker.

Moreover, don’t put up with abuse at the table! Discreetly talk to the floorperson away from the table if necessary, and if it’s especially egregious, ask why they didn’t interject automatically.

Finally, be a friend and ally to other women and celebrate their success. There is more than enough room in the spotlight for everyone.

Vanessa Kade is a Canadian poker player and Twitch streamer. She was previously a video game producer for BioWare, Lucas Arts, and Disney.

Sofia Lövgren is a Swedish professional poker player whose career took off as she began playing low-stakes online cash games in 2006. Although her major focus has always been on cash games, she also travels around playing live tournaments now and then. Sofia has worked as an Ambassador for 888poker since 2014. These days she travels around the world playing big live cash games and tournaments. She is very active and loves sports like running, kickboxing, yoga, golf, skiing, and sailing. She loves spending time with family and friends, as well as exploring new places, reading books, and good food. 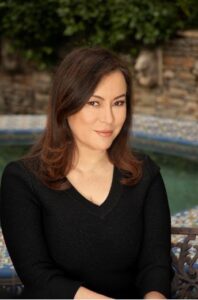 It is very intimidating to transition from playing ladies tournaments to cash games. To walk into a casino predominantly full of men and sit down takes a great deal of courage. But the great thing about poker is it is not a gender-specific game. Once you take your seat, you know your place in the universe. You are sitting there along with everybody else calling folding and raising. It’s just like playing with women, except perhaps the poker players don’t smell as good.

I always advise my female friends starting out that if an Ace comes on the flop, they should bet it. Men seem to think a woman always has an ace. If you don’t have a digital footprint, you can exploit the misconceptions that people have about women; i.e., that they don’t bluff as much, are timid and fearful, and that they will only be in the pot with legitimate hands.

It’s very important to understand the image that the other players have of you, and then adjust your play and image as the game progresses. For example if you’re caught red-handed bluffing on the river with four high, you will notice people looking at you and mentally adjusting what they previously thought. In this case, you will also have to re-adjust the way you play. Always be conscious of the shifting energy at the table.

I think that when going into cash games in a casino or a home game, it’s best to try and blend in. You don’t want to dress overly sexy or flamboyant. This will often bring unwanted attention to yourself. You have to remember you’re going to the poker table to get a bankroll, not a date (televised poker is different; I often dress flashy on TV because we are putting on a show!).

Likewise, you may see poker players on TV doing shots, drinking, and having a great time, but I think it’s advisable not to drink alcohol when there are large sums of money at stake. You’ll need to keep a clear head or your pocketbook may suffer.

Also, as regards a home game, you have to roll with the punches a little bit. You don’t want to be the girl at the table that makes all the guys uncomfortable so they say to the host: “I don’t want her at the game next week because we can’t talk the way we talk. I think that if you’re at a game and men are treating you with kid gloves, it means they don’t really see you as a poker player.

For example, If I’m in a cash game and a guy flashes his full house to me on the river with a wink and says “Don’t call honey; I have you beat,” it’s nice, but it means I have failed in my objective to be taken seriously. I want men to see me as a formidable opponent, not somebody who needs to be pandered to. I don’t soft-play people and I don’t want or expect them to soft-play me.

Another important point when transitioning to cash games is to play for stakes you’re comfortable with, and have at least three bullets. If you are anxious about losing when you’re playing, not only does it make it uncomfortable for the other players, but they will smell the fear on you and exploit it. In other words, if they think they can get you to fold your middle pair, they will apply maximum pressure.

Also, don’t say things like “this is my first time at a cash game,” or “I’m so nervous,” or “I’m not sure what I’m doing…” These are all things that will contribute to a weak table image, and that will lead people to try and take advantage of you. In show business we have a saying: “Never let them see you sweat!” Poker is a psychological game. You do not want your opponents to know when you are faltering.

One reason why the poker world is predominantly full of men is because they have naturally a high testosterone level. To win at poker you need to be aggressive, not apologetic. When I explain the game to my female friends, I use the analogy of a boxing ring. I say you don’t want to be the one on the ropes covering your face, hoping he won’t hit you anymore… You want to be the one doing the swinging!

Go out there, be confident, and take control!

Jennifer Tilly is an Oscar-nominated actress with over $1 million in career tournament earnings, as well as a past gold bracelet winner of the WSOP Ladies Event. She has appeared on many televised cash games, including; “Poker After Dark,” “WPT cash game,” and “Poker Night in America.”