Home POKER OP-EDS Does Poker Have a Future as an E-sport?
POKER OP-EDS

Does Poker Have a Future as an E-sport?

When Global Poker League (GPL) CEO Alexandre Dreyfus announced his intention to “sportify poker,” many in the industry were understandably skeptical. While the idea of reinventing poker as an e-sport looks good on paper, turning it into a reality was never going to be easy. At the outset of the GPL’s first season, I had high hopes for the league. Though season 1 has wrapped up (congrats to the Montreal Nationals, by the way) it’s safe to say that the jury is still out on the viability of the enterprise. 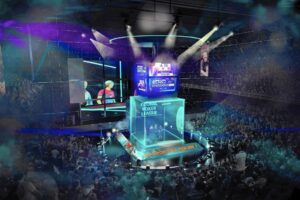 But whatever the issues with season one (and there were many), there is one thing that cannot be denied: Dreyfus is doubling down on his vision. Just this week it was announced that the GPL is expanding into the Chinese market.

I honestly still don’t know whether or not the GPL will ultimately be a success. However, independent of that, this new endeavor has me wondering if, as the relationship between poker and the internet becomes more and more complex, we are starting to develop two different “types” of poker? If we are, what does that mean for the future viability of the game we love right now?

Consider this: China doesn’t have any casinos outside of Macau, but will now have a poker league with teams in 8 cities. Read that sentence a few times. Prior to this week, I would never have thought that sentence would describe reality.

Except that today it does. And the GPL’s announcement specifically states that the reason it believes that a poker league can thrive in a place where you can’t play it live is because live poker isn’t what’s being offered. 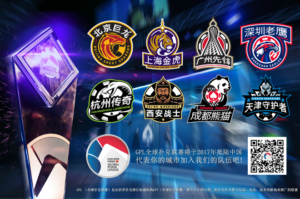 Instead, GPL China (GPLC) is banking on turning poker into an e-sport/mind sport. One of the ways this will be accomplished is by utilizing a “team-based” NLHE format. In other words – not the traditional 9-max/6-max poker format played in casinos or online.

In other words, the GPLC is going to try and take the basic structure of poker, and change it into something that looks less and less like poker. But how far can you change the game of poker before it becomes something entirely different? Do two hole cards and 4 players to a flop make a poker hand?

The idea that the evolution of the game could cause it to be fundamentally altered in a different setting is not as crazy a concept as it sounds. Some recreational players would already argue that the complex mathematical concepts used online have made “online” poker an entirely different game than “poker”. What’s to say that the same type of dynamic can’t be true for the increasingly “e-sport” version of poker?

Asian gaming sites and player pools are booming with this new approach to poker as an e-sport. Spurred on by growth in Twitch audiences and the huge popularity of video games in Asian countries, PokerStars has recently signed Chinese, Taiwanese, and Japanese pros to their roster.

Would these new markets be opening if poker was not reinventing itself into something entirely new? It’s possible, but I think that it’s hard to argue that the new emphasis on poker-as-e-sport is not helping to increase that trend.

The Evolution of Poker

That brings me to the real question and the crux of this op-ed: what do the efforts of the GPL and e-sports poker as a whole mean for the game itself? It’s a question that I find intriguing, and one that I don’t think is being asked nearly enough right now.

The more I think about it, the more I’m coming around to the idea that having different variations of the same core game, adapted to different audiences, will be a very good thing for the health of poker as a whole.

I feel this way because I strongly disagree with the idea that poker is a static concept. Sure there is a basic outline; but beyond that, poker has always been changing. Before Chris Moneymaker came along, NLHE was barely spread, with Stud and other variants being much more prevalent. Then big TV money came along and NLHE became the game. Today, it’s the internet that is driving the profitability of spreading games, so we are seeing more adaptations to accommodate the new realities. There is nothing wrong with that; any game that doesn’t adapt to new realities is doomed to irrelevancy to the point of becoming obsolete.

Ultimately, I think that this new trend to try and tweak poker for a new generation will make the poker community larger and stronger, even as we get farther and farther away from what purists would consider “acceptable.” Even if in a few years “team NLHE” will be considered different than NLHE, the core of the game will remain intact, more players will be attracted to the game, and poker will grow. At the end of the day, that’s really all that matters.