Phil Galfond is about to take the biggest gamble of his life and, if his words are to be believed, he might just be rolling the dice on behalf of an entire generation of online poker players. The 31-year-old online poker pro, founder of the successful “Run It Once” (RIO) poker training site, recently announced his intention to build a brand new online poker site from scratch. 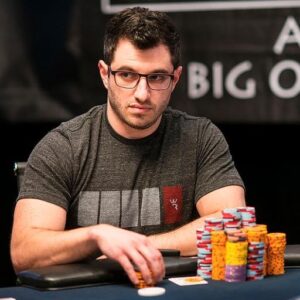 A statement like that coming from such a widely respected high-stakes poker player would have gotten people’s attention in and of itself. Even so, far from the morbid curiosity this kind of announcement might usually make, the news went off like a bomb across the poker playing corner of the internet.

It’s not an exaggeration to say that the reaction to Galfond’s gamble within the online poker community has been an outpouring of support that is almost certainly without precedent. The reason is not only rooted in Galfond’s reputation and prowess, but also the language he used to make the announcement.

I want a fair, honest, transparent poker site that believes in the dream that I have lived: https://t.co/Zl1AM6rHO8

It’s been a rough few years for fans of online poker, replete with a litany of issues and disappointments. From Black Friday to country ring-fencing to seating scripts and everything in between, the game of online poker has suffered setback after setback, scandal after scandal.

While enough ink has indeed been spilled on the aforementioned that there’s no need to beleaguer the point here, suffice it to say that many players have felt that the disappointments they’ve experienced at the hands of the Amaya-owned PokerStars brand were the last, crushing blows to their morale.

It should value the casual player for the money he’s willing to put on the line to play a game he loves. For choosing poker over other hobbies, and for choosing their site over other sites.

It should value the enthusiast and semi-professional for the liquidity they provide and for growing the game. For spreading the word, across different mediums, about their favorite site.

It should value the professional for embodying the dream that brings so many people to poker. For proving that poker is a game of skill. For promoting the game of poker to their fans, students, followers or subscribers…

A poker site should believe in fairness. Not fairness for the sake of public image and profits, but fairness for fairness’s sake. It shouldn’t let honest players, professional or recreational, be taken advantage of by others exploiting unenforceable rules. It should seek to put a stop to predatory behavior and to cheating of any kind. It should strive to create as level a playing field as possible.

Some Real Competition in the Market

Anyone who has been around the game long enough will see the echoes of online poker’s former glory in Galfond’s statement. Sites working hard to create an environment where poker could be enjoyed by all kinds of players, playing with all kinds of motivations, is what made online poker so successful in the first place.

In recent years, that model seems to have been abandoned, bifurcated into two distinct camps. On the one hand are sites like PokerStars/TonyBet that have increasingly seemingly sought to use poker as a loss leader for getting customers to their casino gambling offerings. The other model – favored by Unibet Poker – looks to create a fun, recreational model where poker is the focus, but where the idea of ever working hard enough on one’s game to go pro is not encouraged in the slightest.

@PhilGalfond The time is right. PS have never been more vulnerable and misled. Good Luck!!

@PhilGalfond It’s a formidable task, but there is a clear market opportunity today for a site like you write about. Good luck!

What Galfond’s gamble boils down to is that he can combine the two, add a layer of the pro dream on top, and come out with a profitable poker site. It’s something that many people have talked about, but that no one else has been willing to take a shot at.

With all of that said, competition in a marketplace is always a good thing, and, if nothing else, Galfond’s site will cause other operators to take notice that a respected pro with a large following is setting up shop.

There is an entire generation of online poker players that has grown up hearing that online poker is dying. So, if nothing else, the fact that someone is willing to stand up and say “I am betting on online poker” has been a huge real boost for the online poker world.

Honestly, it’s probably true that 9 times out of 10 a site like the one Galfond is working towards establishing will not succeed. The internet is a wild place, where edges are hunted relentlessly by sharks and recreational poker players have million of options for where to spend their entertainment dollars. Keeping players of all stripes happy is something that no other operator (old guard or new) currently believes works in consonance with a viable business model. Bottom line: starting an online poker room has never been easy, and is as hard today as it has ever been. Starting up an online poker room that can be all things to all people might just be impossible.

But, that one time? Oh… that one time. If Galfond is able to pull off the miracle and recreate the pre-Black Friday model?

@PhilGalfond This is amazing! I love it. <3
I cannot think of anyone better to do this. I am incredibly excited! Best of luck, man.

@PhilGalfond @albedoa Godspeed Mr Galfond. You are the hero poker needs if not the one it deserves.