No Gamble, No Future – The Cash Game Set to Debut on PokerGO

It may have only been a couple of weeks since the conclusion of the World Series of Poker, but fresh new exciting poker programming is coming your way in just a couple of days. 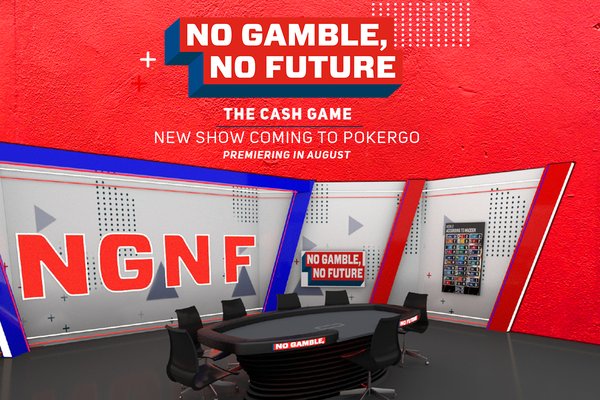 “This is our baby”, said Hanks, who will be co-hosting the show with his podcast partner, Platt.

“This show embodies everything we’ve always wanted to put on screen. Our podcast has turned into a full-blown studio cash game.”

While there have been many studio cash games before, ranging from High Stakes Poker to Friday Night Poker, Poker After Dark, and many more PokerGO original programming and outside productions over the years, NGNF promises to be unique, creative, and highly entertaining.

“This show is unique for a variety of reasons; the emphasis is first and foremost to entertain. We aren’t trying to showcase the most talented players in the world, but rather, the most entertaining folks who are willing to gamble and have a blast while doing so. We are also integrating a ‘Betting Board’ which mimics a sportsbook full of prop bets. We expect the players to dive in, while friends and fans at home can also have a fun sweat while betting amongst themselves,” said Hanks. 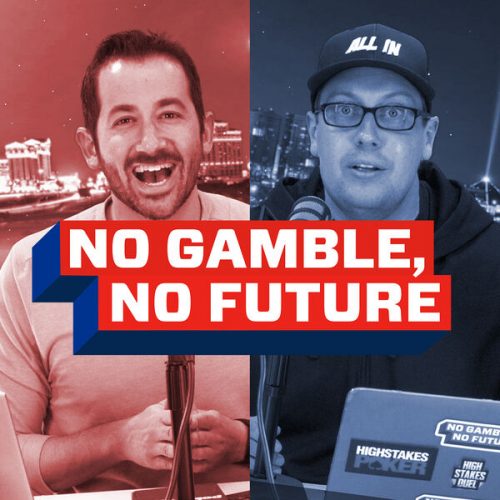 “This show will be different than any other televised poker game… no strategy talk, no tanking, just pure fun combined with all the table talk you can handle. I wouldn’t be surprised if we saw some absolutely wild hands that people will talk about for years to come. I think people can sit back and be truly entertained by No Gamble, No Future. Our lineups will bring the perfect combination of skill, gamble, and personality to the PokerGO Studio.”

Those lineups have incredible potential, with nosebleed high-stakes players such as Nick Schulman, Matt Berkey, Jean-Robert Bellande, Eric Persson, Jake Daniels, and Alan Keating among those scheduled. They’ll be joined by other stars and legends of the game such as Poker Hall of Famer Eli Elezra, Patrick Antonius, Maria Ho, Mike Matusow, David Williams, and Jeremy Ausmus.

And that’s far from the end of the list of exciting names you can expect to see on the show. The world of influencers, entrepreneurs, and up-and-coming stars is well represented as well with the likes of Simon Yu, Christina Gollins, Eric Hicks, Lynne Ji, and Jimmy D’Ambrosio being just a few of the names mentioned.

If that wasn’t enough, a super-secret list of celebrities and many more big names that Hanks teases “will make these games as entertaining as they come” is also in the works.

“Brent has done a terrific job at setting some lineups that will provide maximum entertainment value,” said Platt.  It’s a perfect mix of poker professionals, celebrities, high-stakes cash legends, and some of poker’s best personalities who are already skyrocketing to a new level of fame in the poker world.”

The Stakes and the Setting

So, what are the stakes then? Well, this is another unique aspect of the show. They’ll vary from lineup to lineup, ranging from a friendly $5-10 game up to nosebleed high stakes of $200-400, with a variety of stakes in between. Plus, a $10,000 sit ‘n go is sprinkled into the mix as well.

It’s all going to take place on a bright and beautiful new set put together by the talented production team at PokerGO, which Platt had glowing words for, along with that betting board that Hanks mentioned.

“Our production crew has done an incredible job creating a brand-new set at the PokerGO Studio.  That set will include the “prop bets” screen that we think will enhance the action during the game.  We’re really excited to see how this added element impacts the game.”

We at Cardplayer Lifestyle are really excited for the debut of No Gamble, No Future – The Cash Game. It promises to be a groundbreaking and incredibly fun show, and it’ll be beamed to your screens in just a couple days!

Be sure to tune in and watch the first episode, which will stream live on PokerGO this Monday, August 1.