Negreanu Wins SCOOP $5K Event; Heads Into WSOP On a Run for the Ages

Here’s hoping readers can forgive me if it seems like Cardplayer Lifestyle’s content lately consists of more and more articles about Daniel Negreanu. 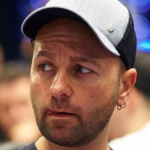 The fact is, however, the performances he’s putting in at the poker tables are making it difficult to talk about anything else. And he’s done it yet again, this time at the virtual felt. Negreanu’s white hot streak continues as he’s just won the $5K Pot Limit Omaha SCOOP (Spring Championship of Online Poker) event on PokerStars.

Won my first ever major online poker tournament. This last two months has been the sickest run of my career. So thankful and SO FUN!

The SCOOP victory added yet another $216,000 into Negreanu’s coffers, which have been been overflowing literally and figuratively with “rungood”. Negreanu’s latest success is another hallmark in a series of huge scores that has seen him win close to $2 million in under two months of poker play. His other notable results have included:

Let’s say that again – he’s achieved ALL of those results + this latest SCOOP win in = close to $2 million IN UNDER 8 WEEKS!

How Does Negreanu Keep Doing It?

English is indeed a very rich language but I’m simply running out of superlatives to use when writing about KidPoker. Negreanu himself attributes his recent hot streak to 3 critical factors. Rather than say what they are, I’ll let him tell you himself:

When all’s said and done, it’s just plain good to be Daniel Negreanu right now. To be sure, he’s had his fair share of downswings at the poker table, but what he’s exemplifying to all us mere mortals at the felt right now is how to best capitalize when running well and make the most of each and every opportunity.

This year’s WSOP starts in just a few days and Negreanu is already well out in front of the pack in the race for Player of the Year. Moreover, lately he’s casually been saying that he’ll be gunning for 2, 3, or 4 bracelets this summer. However impossible that might seem, with Negreanu running as well as he has been, one might be best advised not to bet against him.