My Five Poker and Poker Blog Goals for 2016

It’s that time of year again; time to try and be brave, be bold, and put myself out there for all to see. In the spirit of Daniel Negreanu’s dictum of “dream, declare, and deliver”, this will now be the third successive year that I’ll have put together a list of poker and poker blog goals for the year. Thus far, results have been great each time I’ve done so. In the past, even when I haven’t been able to fulfill all 10 of my yearly goals, they kept me focused and driven to accomplish things and move forward across a planned upwards trajectory. Here’s hoping this year will be no different in that regard. 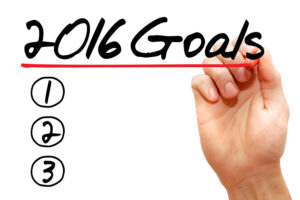 What IS different about this year, versus years past, is that I’ve only laid out five goals for myself. I easily could’ve listed a number of items that I’ve listed in the past related to aiming for higher website visitor counts, more fans and followers on social media, a target number of articles to publish, and the like, but that seems artificial. Frankly, I already know that I’ll be trying my best on all fronts all year long as far as making this website’s “numbers” as good as possible. The poker goals I’ve decided upon are ones that challenge me to work harder, do a better job, and hopefully inspire others. That, by definition, makes them meaningful and worth striving to achieve.

I’ve long been a proponent of harnessing the power of poker for charity and I’ve written a popular guide on how to run charity poker events (it’s one of the top 10 all-time most visited pages on this site!). I used to run successful charity poker tournaments each year until life started getting busy (i.e., I had my first kid). Now that my youngest is out of diapers (woohoo!), it’s time to get back into the swing of things.

I used to feel that I had to make the poker events bigger and bigger each year and that they specifically had to be tournaments. Now, however, I realize that it’s simply better to just run the events in the first place and raise money for worthy causes, even if it’s just an evening of cash games, than not have them at all.

On average, when I run a cash game charity night approximately 20-30 people show up and we raise about $500 for charity. So, while I don’t yet know which charities will be the beneficiaries, the goal is to run two charity poker events and raise a total of at least $1,000.

Last year’s Running Well campaign succeeded in raising close to $1,000 to benefit Kids Kicking Cancer. This year, the plan is to go for “the double”.

While I still enjoy running, recently I started playing tennis with a friend a couple times a month as another way to exercise. When playing tennis I end up exercising for almost twice as long, plus exercising with someone else is twice as fun.

So, in addition to continuing to pledge $1 for every kilometer I run, I am also pledging an additional $5 for every tennis match I play, again with Kids Kicking Cancer as the beneficiary.

All are welcome to pledge sponsorships at any point during the year for a predetermined number of kilometers and/or tennis matches, for any amount of money. Please contact me here to do so.

As I did last year, I will record each exercise session and I’ll happily add your name and pledge to the page. Please note that all donations are made directly by you to the charity, here.

Poker Hall of Famer Linda Johnson and Women in Poker Hall of Famer Jan Fisher were kind enough to pledge and donate last year. Here’s hoping more people from the poker community will step forward this year to support my Running Aces campaign.

For the past couple of years, I’ve constantly been aiming to try and break records for my largest win in a single cash game poker session. While I’ve succeeded on a few special occasions, I realize that there’s a limit to how far I can push the bar without raising the stakes I play for.

I only play poker as a recreational pursuit, so I intend to keep on playing the same stakes I have for years (anywhere from $.25/$.50 to $1/$2) and remain in my comfort zone. With that said, it’s time to take a shot at least once and play $2/$5 to see if I can land a relatively big score.

When I do take my shot, you can be sure I’ll let you know all about it right here on the Cardplayer Lifestyle poker blog. 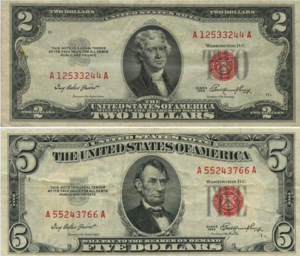 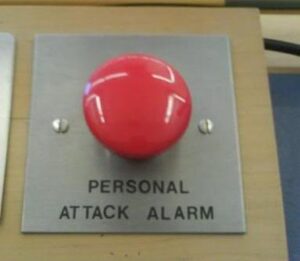 From where I sit, it seems like there has been a lot of negative energy in the poker world as of late. Let’s take the example of one “enemy of poker” in particular; Sheldon Adelson. With the amount of vitriol aimed at him by the poker community, you’d think he committed some of history’s worst crimes.

Well, it’s about time that someone took a stand: Sheldon Adelson is NOT the personification of evil in this world.

Those in favor of legalizing online poker in the United States may disagree with Adelson’s politics, may think that his politically-driven maneuverings and machinations are ridiculous and disgusting, and are obviously fighting him hard on the online poker front where he’s hurting the poker community the most. Nonetheless, personal attacks are where we must draw the line. The man has literally donated hundreds of millions of dollars over his life to unquestionably worthy charitable causes. That doesn’t make him an all-out saint either, but it illustrates that no one person can be painted fully black or white.

On a note that hits closer to home, people in poker media by definition open themselves to public scrutiny each time they create and publish content. Dealing with critique is par for the course and to be expected, especially when taking sides on controversial issues, but there’s a fine line between criticizing someone’s actions or opinions and slinging mud at an individual.

Sometimes a poker-related issue – and there are plenty of them – can rile a person up to the point of intense anger. Yet, we all owe it to common decency not to allow that anger to lead us down the road of personal attacks against one another. The more influential one is and the greater the reach of one’s words, the higher the standard that person has to hold him/herself to.

So, what’s my goal here? Simple. My pledge is to ensure that all platforms via which I contribute to the poker community remain clear of personal slander against individuals. I hope that taking a public stand against it here will inspire my fellow members of the poker community to raise their game to a new level and do the same.

While the image to the right may bring a wistful smile to those of you out there who used to watch Popeye cartoons growing up, way too many freelancers in the poker industry have to live with the reality of not being paid in a timely manner for services rendered. 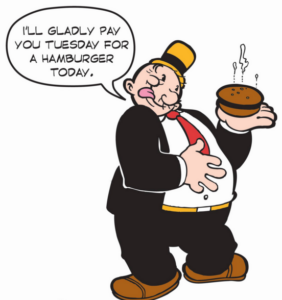 I’ve been fortunate enough to establish relationships with a number of excellent, talented poker writers over the last few years. If I had a dollar for each time I heard a story from one of them about how they were “STILL waiting to be paid” for work they’ve completed and submitted for publication, I’d easily have a healthy-enough bankroll to regularly play $2/$5. I imagine that other freelance poker content producers and industry workers, such as designers, cameramen, commentators, dealers, and the like, unfortunately also have some similar stories of their own to tell.

Can you imagine a scenario where you walk through a supermarket and fill your cart, then walk out without paying – promising to do so “by next week”? Nobody in their right mind would try to pull a stunt like that. By the same token, nobody ought to be playing with the livelihoods of freelance contributors.

NO! It is NOT OK to receive a service from someone without paying for it on time!

The following is not typically something that someone comes out publicly and says, but my goal here is to lead by example: Everyone I’ve ever directly worked with, whether at my full-time job in the gaming industry or in my poker side pursuits, trusts me that they’ll be paid in a timely manner for work they’ve submitted.

The goal, then, is to maintain that trust and ensure everyone who provides services for me, whether for my full-time position or for my independent side pursuits, will get paid in a timely manner.

I hope that by the end 2016, our industry will have made great strides in the right direction and that stories of poker debts not being paid will be few and far between.

Wishing everyone out there in the poker world a very happy and successful New Year, and good luck working towards achieving your own poker goals.