My European Poker Adventures: Stuck with the Irish – Part 2

This is part 2 of my Irish poker adventures. Make sure to check out the first part before you read on.

When I lived in the Isle of Man and worked for PokerStars many of my colleagues told me I should join them on the short journey over to Dublin (it’s a 30-minute flight) for the Irish Poker Open. Back then I did not know what a big deal this event was. I only knew that Dublin was my poker home and that I should make my way over there.

This first journey to the Irish Open was in 2010, the event was still held over the Easter holidays at the Burlington Hotel and it was all very exciting. Everything was green, there were a lot of people, Irish music, beer and just an all round amazing atmosphere. For the next 10 years I kept returning, making memories and friends for life. The event changed buy-ins, moved to the City West Hotel at some point and lost some of its spirit. But when it moved to a €1k buy-in for the main event it meant that I could also give this a shot if I’d qualify or could sell enough. Before I had only ever played side events and cash games and kept busy partying with players and dealers in the hotel bar afterwards.

When I played my first ever Irish Poker Open Main Event I was incredibly nervous. It almost felt like the first games I played at the Fitz in 2007 or the first time I played in an online casino. My stomach was churning, my heart raced and when I busted after almost making Day 2, I had to really pull myself together not to cry on my way out. For some reason this event meant more to me than all the others so far; keep in mind I still haven’t played in the WSOP Main Event. 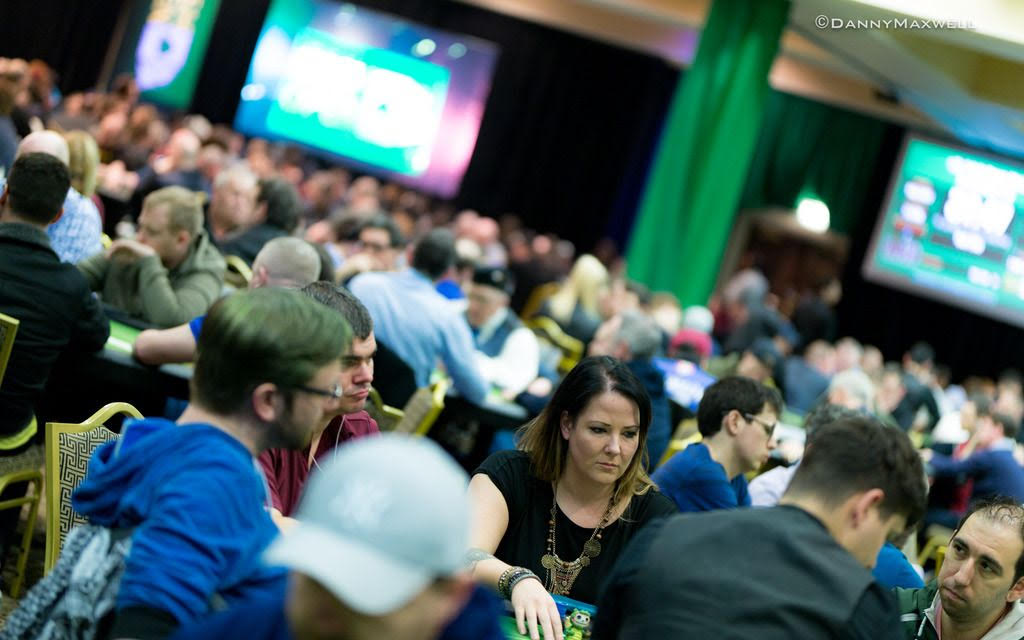 Once I started vlogging I captured some of my Irish Open experiences for YouTube as well.

In my first article of this series I told you about how I visited my first EPT in Dublin in November 2007. Until today I still haven’t played an EPT, but I did travel to the event in 2016 to play side events and have a good time.

The good time came when a charity event rolled around. It was held on Valentine’s Day. I joined in as PokerStars staff and had the honour of playing against legends such as Theo Jorgensen, Jake Cody, Eugene Katchalov and Johnny Lodden. 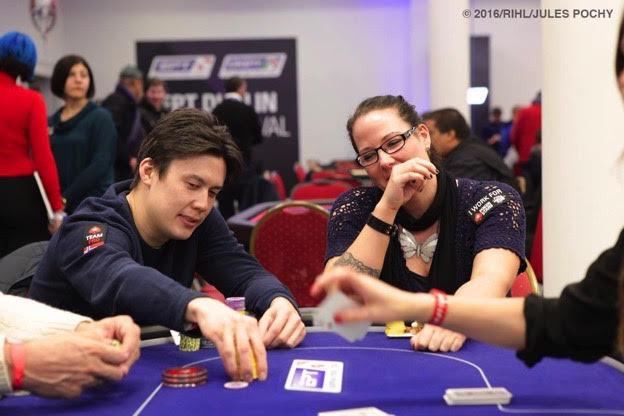 At the tables with Johnny Lodden

It got even more fun though. After I busted the event I wanted to go get some food and I ran into Jake Cody, who was also going to get dinner. We ended up being a group of eight people in a fancy steak restaurant. As it was a poker event, all my companions were male. Yes, I had Valentine’s dinner with seven men! When the bill came around I wanted to pay my share, but they shouted at me that I was not going to pay on Valentine’s Day. Instead they decided to play “Christin Thinks” (instead of “Lodden Thinks”) for the bill. I had a blast!

Just for knowing their songs, the Irish had made me honorary Irish. At the poker table at some partypoker event someone had asked me once “Where are you from?”, I replied that I was from Germany but that I lived in Dublin. He replied, “So, you’re Irish now!”

This is something you rarely get from any people around the world and when I left Ireland in May 2019 it almost felt like betrayal. I had worked at the old Full Tilt office for three years, but decided to start my own business, and thus living in Dublin simply became unaffordable for me.

But at least I stay honorary Irish forever – I hope!