My European Poker Adventures: Star-struck at the Côte d’Azur

Just a few days after I had returned from EPT San Remo, I hadn’t yet stopped buzzing from the experience and I was once again on a plane from Hamburg to Nice.

This time I shared a taxi to Monaco with a bunch of young German poker players I ran into at Nice airport. It was the most surreal drive, listening to guys who were barely 20 years old mark talk about luxury furniture they were considering buying for their apartments. 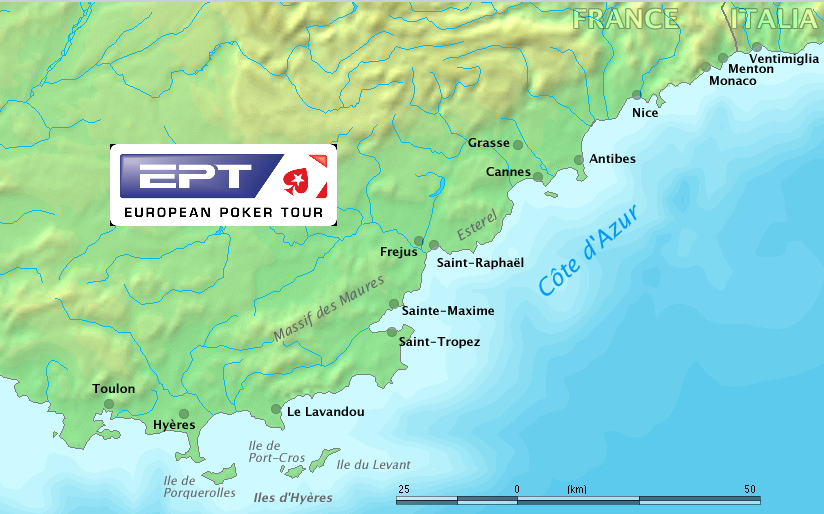 In Monte Carlo I was staying at the Meridien, a 4-star beauty close to the EPT venue. The room was actually George Danzer’s, but he opted to stay with his best buddy Jan Heitman even closer to the venue at the Monte Carlo Bay Hotel. Both poker pros were doing some work for IntelliPoker and George was so nice as to give us the room.

The TV welcomed Mr. Danzer and when the bellhop brought me my luggage he greeted me with “Mrs. Danzer” – I did not correct him. As soon as he was gone I inspected the minibar. Yes, as expected, the prices were outrageous: €9 for a Redbull, €6 for a small tin of Pringles…

I don’t want to say Monaco’s expensive, but it’s the only place in the world a Lannister can’t pay his debts.

Online qualifiers and the big boys

My main job at this event was to look after our online qualifiers. We had run a freeroll competition and had three players in the field of the EPT Monte Carlo Main Event. I met them to instruct them with all the details for the event and handed them their player bags with t-shirts, hoodies, caps and patches.

During the event I was not just following their progression through the tournament, taking photos, etc., but also assisted the IntelliPoker and PokerStars blog again with capturing photos, getting chip counts and interesting hands.

But on entering the incredible Salle des Etoiles (“star room”) at the Monte Carlo Sporting for the first time, I was dazzled by the stars. Not just the mirrors and lights in the sky that made the massive room look like it was under a starry sky, but also the players that I could spot at the poker tables. There were Phil Ivey, Gus Hansen, Phil Helmuth, Antonio Esfandiari and once again Daniel Negreanu. I stood and gaped for a little too long before getting shouted at by the IntelliPoker photographer who urged me to get pictures before players busted or got moved. They were playing for stakes so high that it would take me winning a big jackpot on Sbobet mobile just to have enough to sit with them! 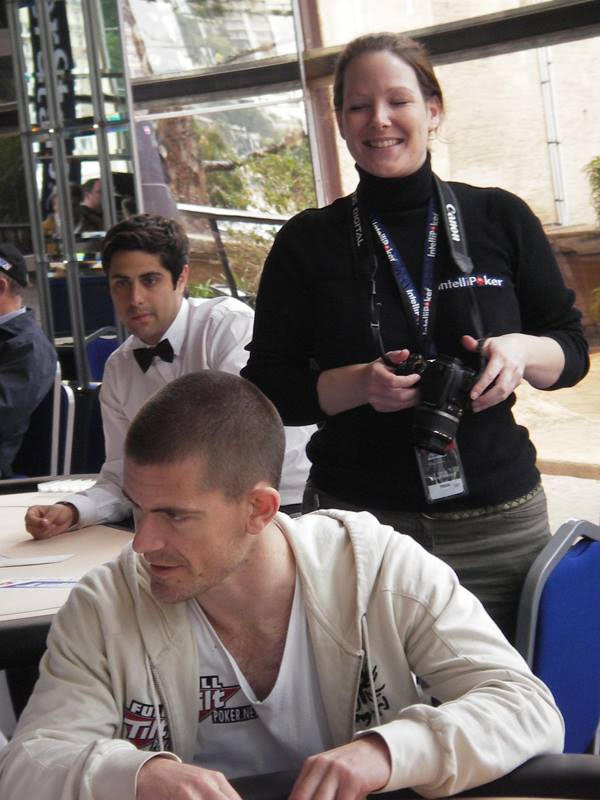 Working and gaping at Gus Hansen

It was a great experience to work in this room, but outside of the event I had many memorable moments, too. For example when Jan Heitmann, who is a very talented magician, showed magic tricks on the balcony in the evening when everyone was chilling out there. He also at some point walked over with a card deck to Antonio Esfandiari, who of course bears the nickname “The Magician”, to show him some of his tricks. The poker media ran after them to capture photos and videos of the two wizards.

Near the end of the event, a media tournament was organized and I was happy to be playing in it as well. I sat at a table with John Duthie who at some point got up to smoke a cigarette. His seat was filled for a few hands by none other than Daniel Negreanu. I couldn’t believe my luck, I had a chance to play poker with the man who basically got me here without knowing it. He was very engaged chatting to a beautiful petite blonde at the table, none other than PokerNews journalist Amanda Leatherman; yes, the woman who is now his wife. 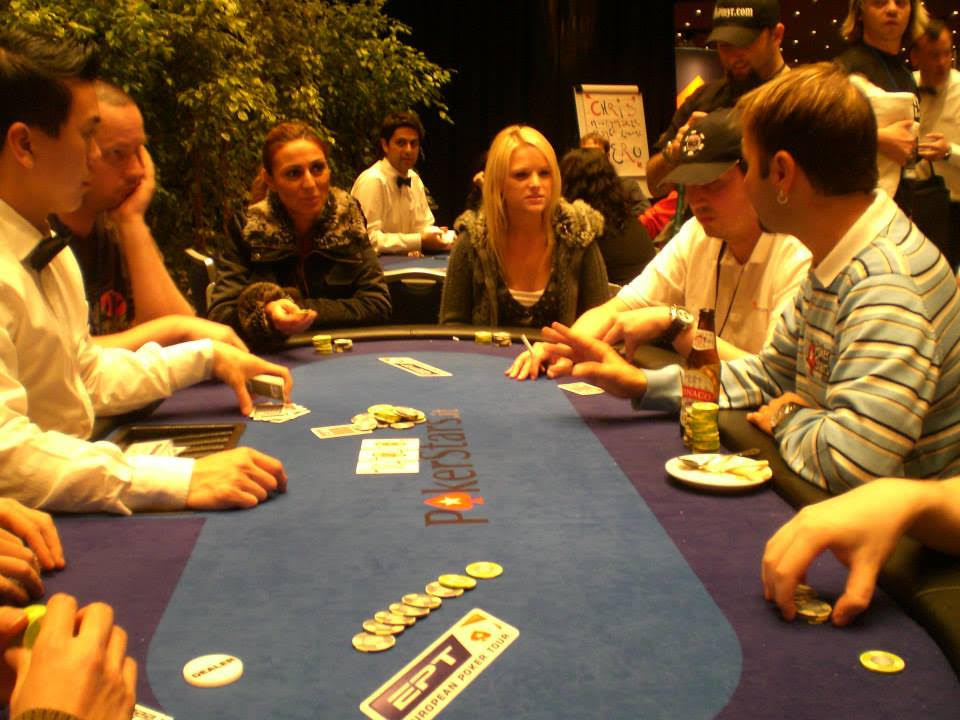 Just a few years ago I posted this photo to Twitter tagging the two and they loved it, of course. Daniel then posted the picture on Instagram without giving me credit. Pffft.

Anyway, the pleasure of playing with Daniel didn’t last very long as I was short-stacked and had to get the chips in with AJo eventually. Daniel was the one calling. He held pocket kings and busted me from the tournament. We shook hands and I kept walking around the place telling everyone that it took Daniel Negreanu to bust me from the media event.

By the end of the event I realised how much of a toll these three weeks of non-stop work took on me. As much fun as it was, I was sleep-deprived and overwhelmed with impressions and emotions. We often worked late and had a couple of drinks after, so I only got to bed around 3am or 4am every night with the first media meeting being at 10am the next morning. Next time you see a member of the poker media at a major event, give them a hug!

When the event was over I once again shared a shuttle back to Nice airport. This time my companions were the late Johannes Strassmann, Reuben Peters and Jason Mercier. Reuben addressed Mercier: “Hey, aren’t you the San Remo champion?” Jason affirmed and Reuben continued, “I am the Dublin champion!” It was a fun moment that brought together a lot of what I had experienced in my short poker life so far.

When we arrived, Jason Mercier needed a €1 coin for the suitcase trolley. I handed one to the one the man who had just won €800,000 two weeks earlier. He sort of said he would give me the euro back, but sheepishly realised that he probably would not see me again. I wonder what that euro would be worth today, over a decade later, including interest… 🙂

This was only my first experience in Monte Carlo. I did actually return to the French Riviera three more times either for work or as a player/tourist. I will tell you about these experiences in my next article.