My European Poker Adventures: Arriving in the poker world at EPT San Remo 2008

In my last article I wrote about EPT Dublin 2007 and EPT Dortmund 2008 and how I got to get a job at IntelliPoker, the poker school powered by PokerStars.

Continuing my journey, we are still in 2008. I was now living in Hamburg, working in Marketing and PR for IntelliPoker, and the team was putting in a lot of effort to get me up to speed on poker strategy and the industry. They gave me videos to watch and articles to read and I enjoyed my poker homework every day while building out my role.

It didn’t take long for me to get the opportunity to travel to the next European Poker Tour event. Only two months after I started to work in the industry I got the offer to help out with the IntelliPoker and German PokerStars blog at EPT San Remo and EPT Monte Carlo. 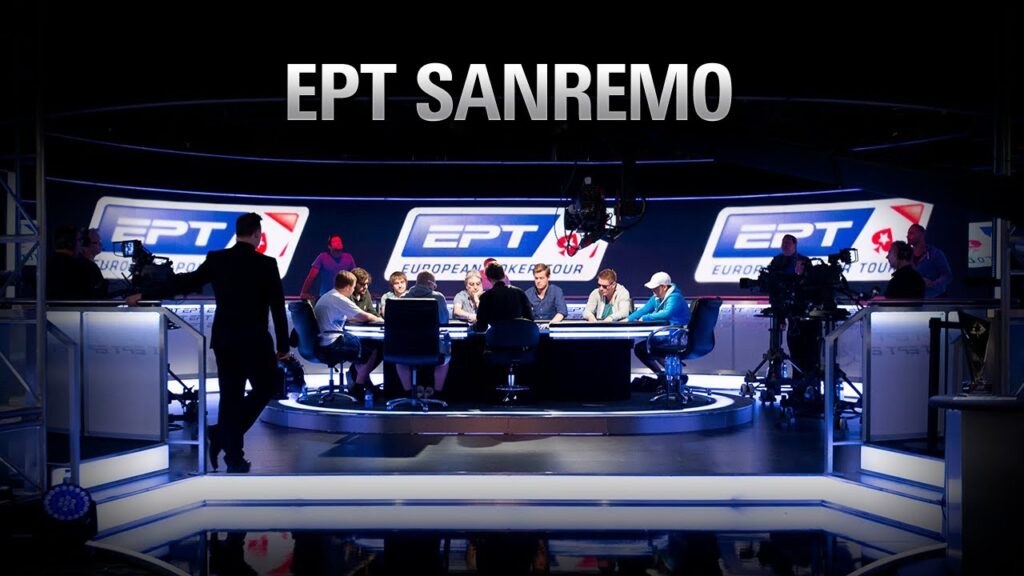 These two events at the (French) Riviera were going to be running right after one another with only a week in between. And despite both locations being only a stone’s throw apart, I would have to travel back to Hamburg without a day off in between. There were work reasons and no way around it. The decision was to either do San Remo and come back home or basically work a total of 3.5 weeks without a day off, but also see Monte Carlo.

I HAD to do them BOTH!

When my plane touched down in Nice in late March 2008 I just couldn’t believe this was real life. My first international trip for work. From Nice I shared a shuttle for the almost 2-hour ride to San Remo with none other than Lee Jones. I did recognise him from my embarrassing interviews in Dortmund. He was friendly though and there were other PokerStars employees in the shuttle with us.

In San Remo I had a small hotel room about a 15-minute walk away from the casino. So every day on my way to work I walked past a town square and countless little pizzerias and cafes, and it was just lovely.

This time I did not have to stand in front of a camera – thank God! Now that my poker knowledge was a little better my job was not just to take photos of players, but also to try to get some hand histories from notable German or PokerStars-sponsored players. This was a science in itself, trying to understand what the player is telling you and being able to write it down in a short hand to then later type out properly for the blog.

I thoroughly enjoyed it all. Daniel Negreanu was at the event as well, I got lovely smiles from players that I took photos of and I felt as if I belonged right there.

At some point I noticed that my media pass had slipped out of its plastic holder around my neck and I freaked out. I went straight up to a security guard asking if they had found the pass. When I noticed his English wasn’t good I just pointed at the empty plastic holder and he in return pointed at a poster of Luca Pagano. I was confused. I did know who Luca Pagano was, not just one of the most famous Italian poker players but EPT San Remo was also run in collaboration with Pagano Events. The security kept pointing at the poster, saying “Luca Pagano!” and something in Italian. I still didn’t know what to make of it, but went on to look for the charming Italian poker pro. 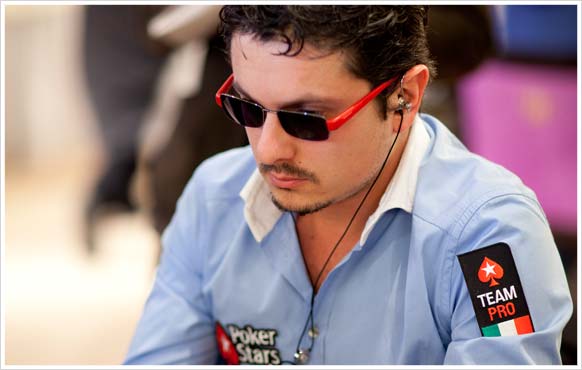 I found Luca, told him about my missing media pass, and he said I should speak to his dad. This whole situation got weirder and weirder. Then I realised that Pagano Events was of course run by both, father and son, and that Pagano senior was at a desk in the poker room. I walked over, explained what I needed and sure enough he pulled out my media pass from a drawer. Phew!

The event went on to an interesting final table. Among the players were local hero Dario Minieri, William Thorson, Anthony Lellouche and the still-unknown Jason Mercier. The latter ended up being the one taking down the event for €869,000 and kicking off a successful poker career. The final table was a record breaking event in it finishing super fast at 6pm.

This inspired Luca to set up a spontaneous party for players, media and everybody else at the event. We walked to the party venue and were impressed by what Luca had managed to set up in the shortest of times.

At this party I sat together with a bunch of media people and got introduced to Chinese Poker. I had seen it being played at EPT Dortmund where some players played this in the casino lobby with thousands of euros exchanging hands. Here the stakes were “who’s getting the next round of drinks?”

A little taste of Monaco

The next day one of my IntelliPoker colleagues and I got a ride back to Nice by a PokerStars employee who decided to make a stop in Monte Carlo for a coffee at Café de Paris. It was great to see this place, knowing I’d be back so very soon to spend more time here. Little did I know that I was not going to see anything of this fascinating place during my work trip the next week.

Luckily we went for a bit of a stroll around Monaco, appreciating the beauty but also “fakeness” of this place. The real world just doesn’t look like this. Finally we drove on back to Nice and hopped on a plane to Hamburg.

It was an epic experience and I couldn’t believe that I was going to do it all over again in only one week’s time.