My European Poker Adventures: Dancing with the Stars in Monaco

While I was mainly star-struck and incredibly nervous during my first experience in Monte Carlo in 2008, I was more part of the excitement myself during my three subsequent visits. 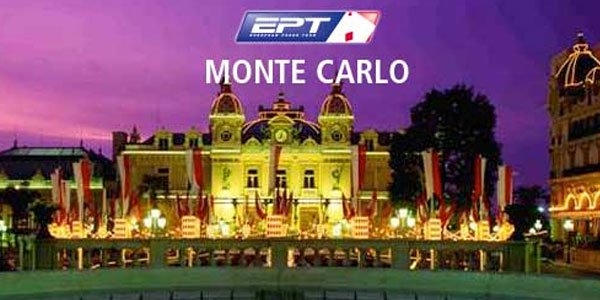 In the meantime I had worked for PokerStars for several years, had visited many more poker events and built up a great network across players, dealers, event staff, media and industry people.

So when I came back in 2015, I came as a player. Imagine that; I went to Monte Carlo to play poker! As I worked for PokerStars though, I was not allowed to play in the €10k Main Event, but I had sold some action for a bunch of smaller events. A friend of mine was working at the event and offered me to share a room at the Meridien for only €35 a night, which included the amazing breakfast buffet. It was an offer I simply couldn’t refuse!

To make it even more interesting I decided to take the helicopter from Nice airport to Monaco. Instead of €60 for a 1-hour taxi ride, it cost €110 for 10-minute flight. Bargain! From that point on, however, I had to be very careful with my funds. I was not on any company allowance and I had to pay for food and drinks myself. So, I figured out how to load up at the breakfast buffet and to otherwise survive on bar snacks and welcome desk chocolates.

Right upon my arrival, my being ”star-struck” continued as I managed to grab a selfie with Hollywood actor Don Cheadle who was playing in the Shark Cage. 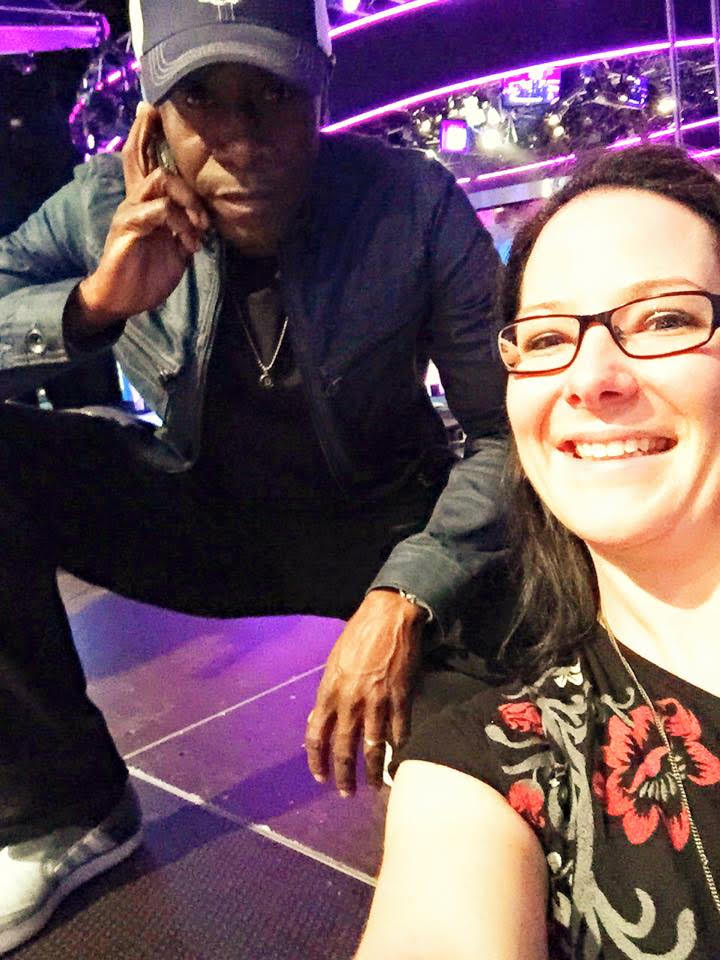 But that wasn’t all. Later during the event I learned that Sean Astin was also there for the Shark Cage and charity activities. As I am a MASSIVE Lord of the Rings fan, I could not leave the event without a selfie with Samwise Gamgee. 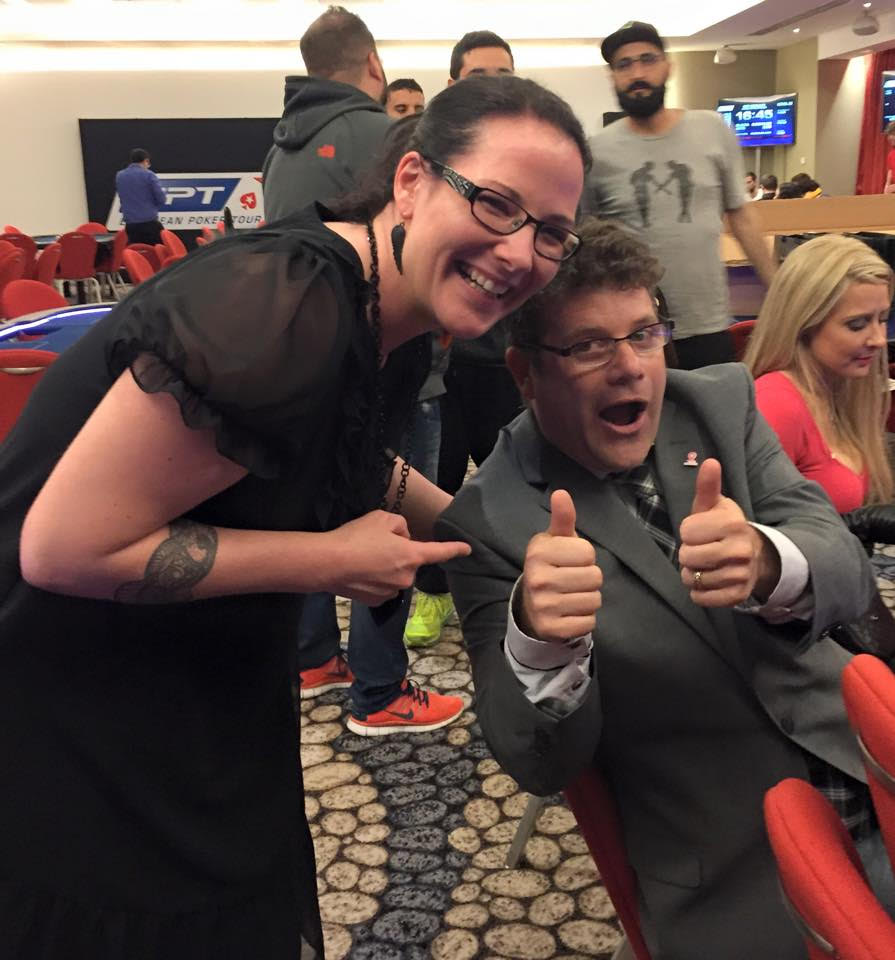 The above photo was actually taken by Scottish poker pro Ludovic Geilich, one of the poker players I had befriended over the years and always hung out with once he had busted an event. I became quite a vulture like this, waiting for friends to bust tournaments so that we could go party. Another benefit was that these were usually men who were happy to pay for the partying as well. 🙂 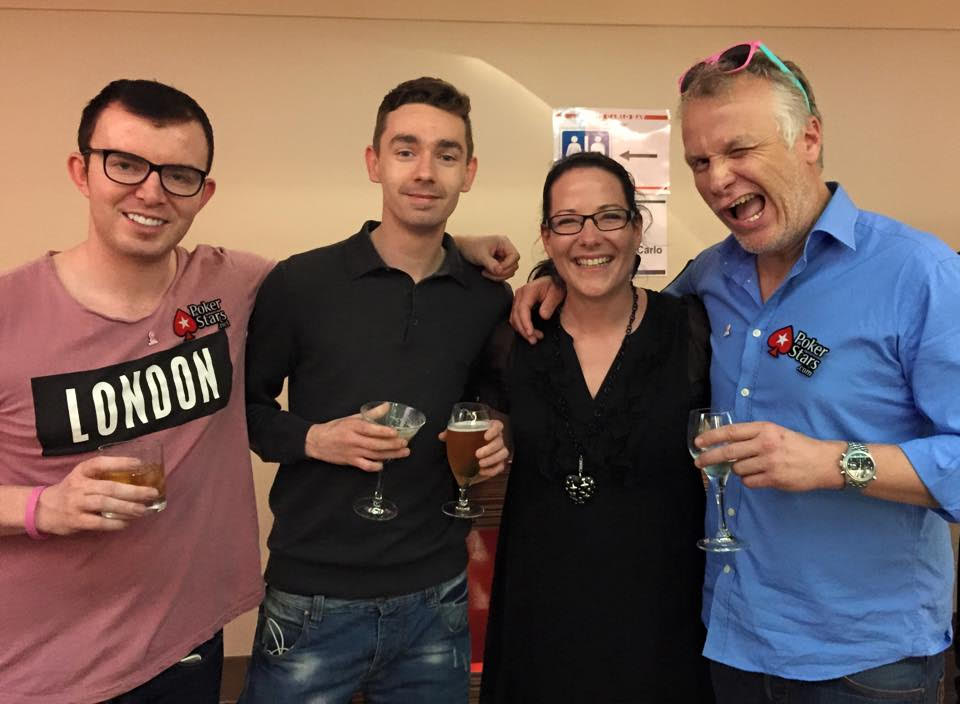 I played my little side events, such as a €120 Flipout, a €220 Ladies Event and a €120 Deuces Wild tournament. The latter experience I shared with Jennifer Shahade who I knew from the UKIPT event in the Isle of Man, where we also went for a CrossFit session together with the legendary Fedor Holz. After introducing the two of them, they proceeded to have a high level poker conversation that I had no hope of understanding, so I proceeded to make myself vanish into thin air… 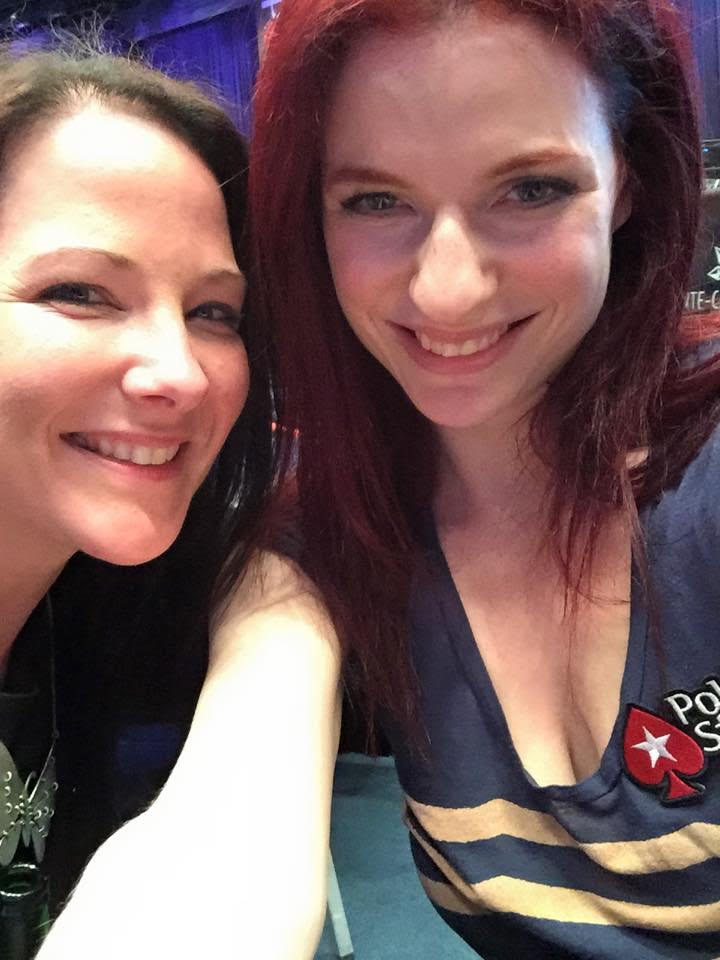 In 2016 I came back to Monaco for work, staying at the Fairmont Hotel which is right above the famous Formula 1 tunnel and right at the hairpin bend on the racetrack. During this trip, I was on a daily allowance from work and the first day I blew it all on one single meal… plus I paid another €70 on top of that! I couldn’t resist the Nobu restaurant at the hotel, so I decided to splash out right on the first day in order not to keep craving good food for the rest of the busy trip.

In this super fancy restaurant, they brought me a little chair for my handbag so that I didn’t have to place it on the ground. I wanted to say to the waiter “I am sure my bag is dirtier than your floor”, but I just smiled and he awkwardly returned the smile knowingly.

The food was incredible and I was now happy to spend the following days working hard during the series. I now worked in Innovation at PokerStars and I had come up with a concept to open the conversation with players on new ideas for features, games and promotions, learning better about what our customers wanted. So the plan was to have an “IDEAS” stand at a couple of events to speak with players. In addition to that, I organized some tables where we tried out new variant ideas with pros and recreational players. 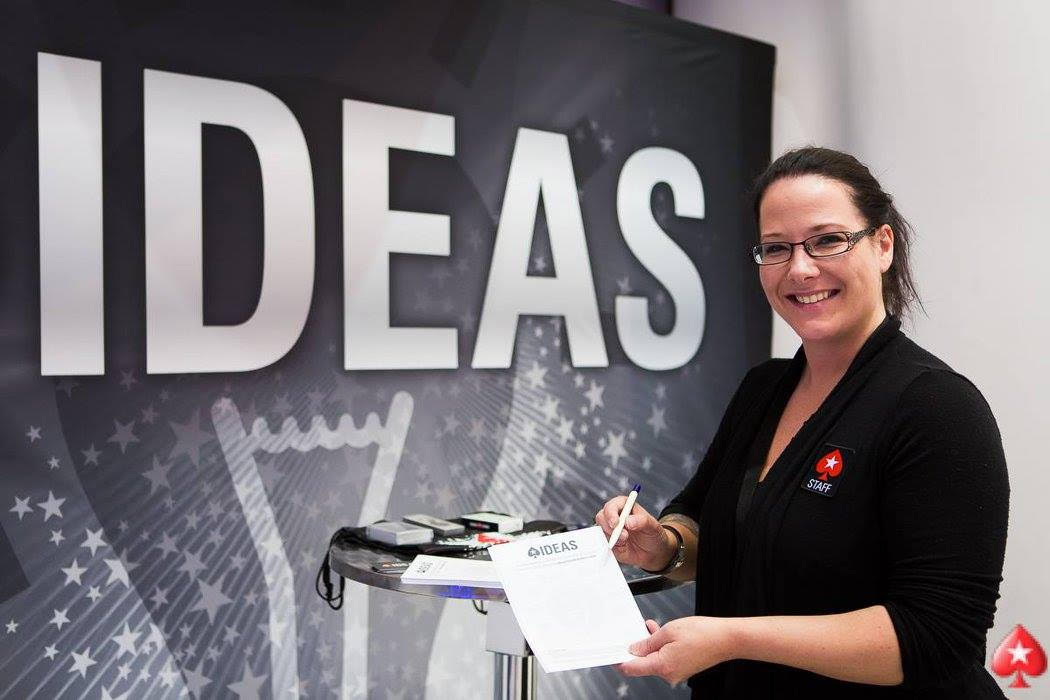 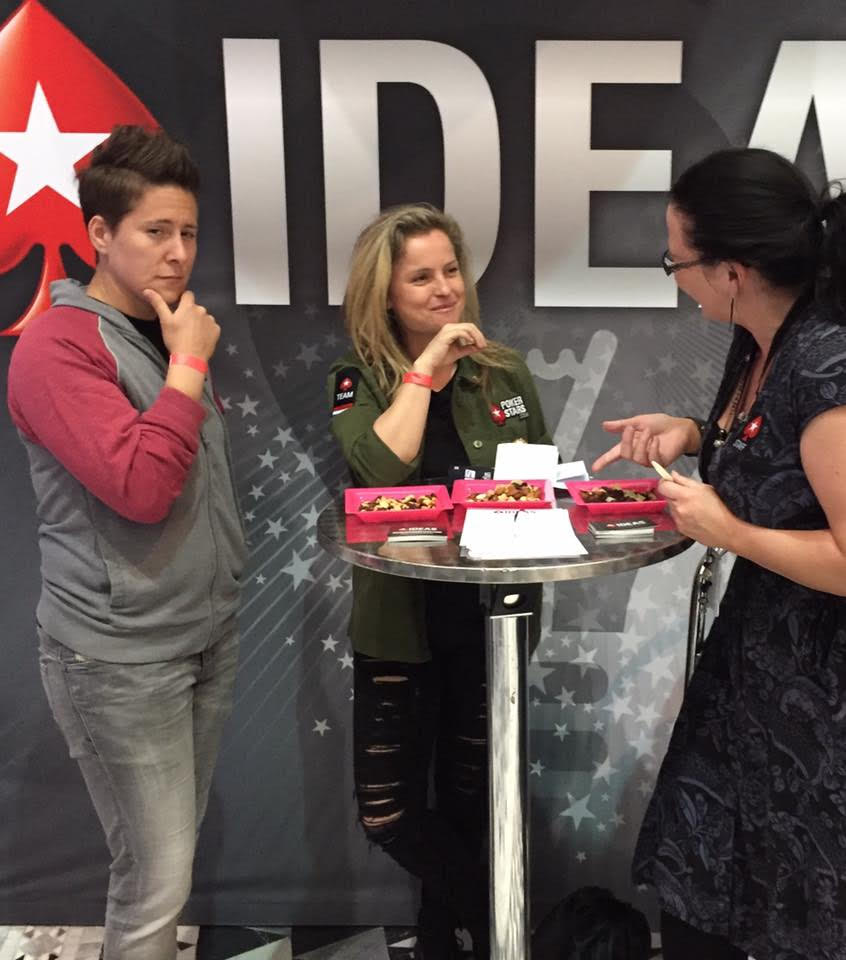 Luring players to the IDEAS stand with treats and pretending to think about ideas with Vanessa Selbst and Fatima de Melo.

One morning I had a bit of time on my hands, so I took a short stroll from my hotel to the famous Monte Carlo Casino. I paid the €10 entry fee and wandered around the impressive building. For some reason an employee started talking to me and offered me the opportunity to see some of the high roller rooms. I happily agreed and he showed me some of the areas that were normally not accessible to the public. He also showed me a fancy balcony view which just screamed “photo op!” 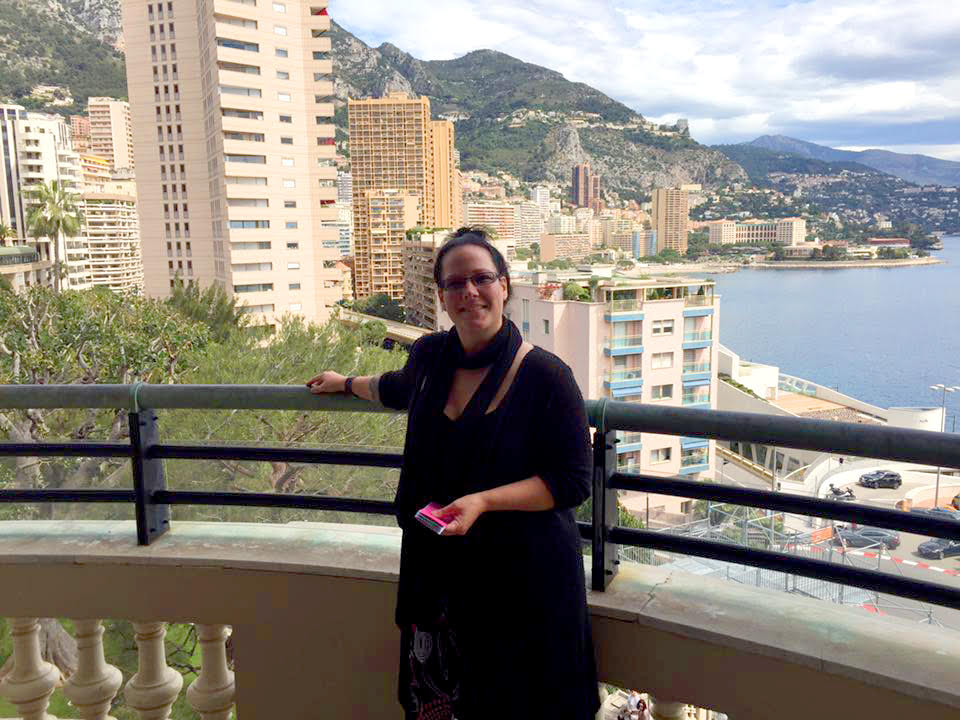 It was a great trip but there was not much time for playing myself.

My farewell(?) trip to Monte Carlo

I came back in 2017, once again as a player. This time I shared an apartment with two friends just across the border in France, as accommodations were way cheaper.

This was my last trip to Monte Carlo, perhaps forever, but it was very special. I had once again sold some action for three events I wanted to play and I ended up cashing in all three of them.

This was also the only trip I produced a video blog about. So instead of writing down all the details from this experience I invite you to watch my vlog about this adventure and while you’re at it, to Like and Subscribe, too.