My European Poker Adventures: Ask and you shall receive!

Let’s start at the beginning

In 2007 I was working at Yahoo! in Dublin, Ireland. It was just a 7-month contract and I knew I soon had to look for a new job. In 2006 I visited friends of mine in Brooklyn, New York, and they had taught me how to play Texas Hold’em at the kitchen table for nickels and dimes and I was hooked. However, my fascination was not just with the game of poker, but also with the fact that a whole big industry was behind it. Sites creating different casino reviews, like this Africasino review, where you can play poker online, listed loads of places you could play online, and of course there were tons of places around the world where you could play the game in person. So, while a career as a poker player was not really on my mind,  I wanted to work in this fascinating industry.

And so I applied at PokerStars in the Isle of Man and at Full Tilt in Dublin, as that’s where I was living already. As I was a Daniel Negreanu fan at the time, PokerStars was obviously my first choice. Both companies had German copywriter roles on their career pages and I gunned for that. Unfortunately nothing came out of my applications and disappointment set in.

That’s when I found out that the PokerStars European Poker Tour would come to Dublin in November that year. I had only played live in a few €30 self-dealt tournaments at the Fitzwilliam Card Club and I was dying to see how a big poker event looked like. I saw some announcements of Team Pro players that would attend the event and amongst those was the German player Katja Thater. I decided to send her an email, introduce myself and ask my question: “Can I just go there and watch?”

Visiting my first ever EPT – Dublin 2007

Much to my delight, she replied! “Yes, just go to the venue and say hi when you see me.” That’s exactly what I did. I grabbed one of my poker friends – an Italian who coached me a little (a miracle that I became a nit) – and we went to the EPT venue. We were both so excited! We took photos at the PokerStars-branded tables and dreamed about one day also playing a tournament like this.

Then I found Katja. My Italian friend had to leave, so I took my chance to meet the German Team PokerStars Pro. She greeted me warmly and showed me around. She introduced me to Annette Obrestad, another female player I definitely had heard about. Then Katja invited me along for the dinner buffet and while we ate I told her that I was interested in working for PokerStars. She immediately explained that it’s going to be very difficult to get a job there and I was sad that she couldn’t offer me any help. We continued chatting and eventually I had to take my leave.

There I was, back at square one, but even more excited to get into this poker world. Eventually I read about the EPT going to Dortmund in Germany in late January 2008 and that Daniel Negreanu was going to be there. I sent Katja another email. “Can I help out at EPT Dortmund? Is there anything I can do, like writing, taking photos? I would really like to be at the event!”

Making a fool of myself at EPT Dortmund 2008

Sure enough, I got a reply that could help out at the IntelliPoker stand. IntelliPoker was a poker school founded by Katja’s husband Jan von Halle and was “powered by PokerStars”. I couldn’t believe it! This was my chance to get a foot in the door. And I might even get a chance to meet my poker idol Daniel Negreanu.

Soon after I flew to Germany, all expenses paid and on arrival at the EPT Dortmund venue I was told that I was supposed to be in front of the camera, interviewing players for the IntelliPoker blog. This was not what I had expected and I was freaking out. My profession is actually “Audio-visual Media Producer”, but that means I am usually BEHIND the camera. So, I had a little internal fight with myself. “What is the alternative? Just turn around, pass up on this opportunity and go back to Dublin job-searching?”

No, I had to do this. So, the IntelliPoker guys pointed at people for me to interview and I went through a massively embarrassing day, interviewing players and industry people I had never heard of and making a fool of myself. 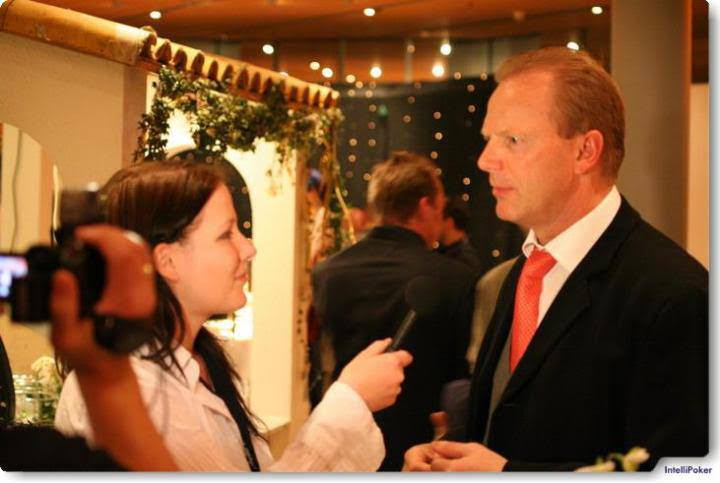 Me: “Hi, I’m Christin from IntelliPoker! What is your job here!”

Me to John Duthie: “Hi, I’m Christin from IntelliPoker! What is your job here… oh, I have just been told you founded the EPT?”

Me to a player: “Hi, it’s the dinner break. How are you getting on?”

It was a nightmare and I almost gave up and ran off to my hotel room. The forum trolls on IntelliPoker started ripping me apart.

“She has no clue what she’s talking about!”

But I persevered. I told the guys to give me more information on the people they wanted me to interview and things started to run a little more smoothly. And then, yes then, I was told to interview Daniel Negreanu. I was incredibly nervous, but because I knew him, the interview went perfectly. Daniel is so easy to interview and it turned out great. 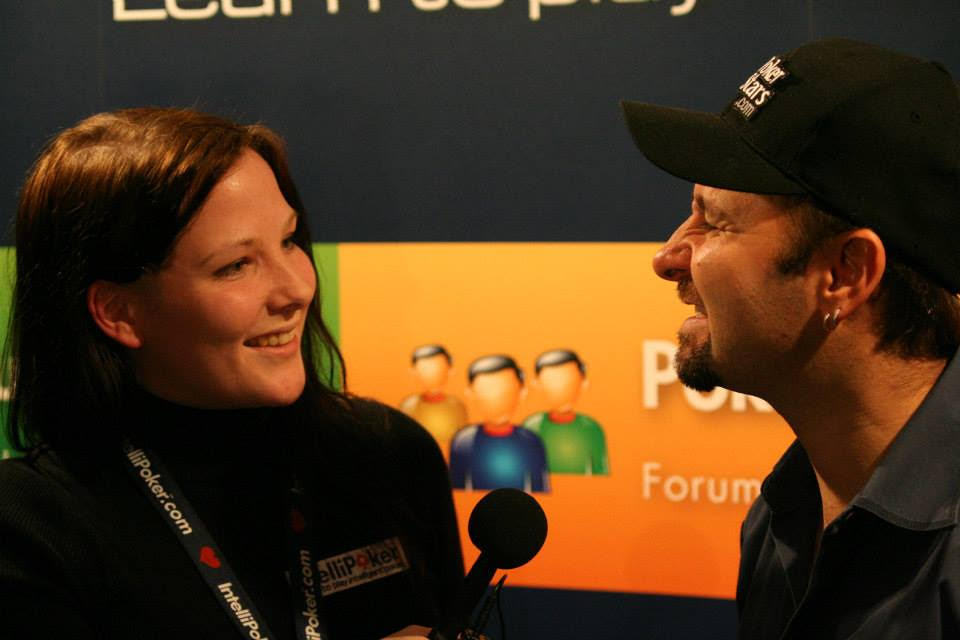 Later, IntelliPoker owner Jan watched the interview and called me over to him. “So you’re looking for a job?” I said that I was indeed. He asked me how much poker I played and I told him that I played daily online and once a week live. He nodded and the conversation ended there.

The day after, Katja came towards me, put her arm around my shoulder and said, “You can start on Monday!”

I watched Mike McDonald win EPT Dortmund, flew back to Dublin, packed all my things and travelled to Germany to take up my new job at IntelliPoker. After two years I finally progressed to PokerStars in the Isle of Man. Ask and you shall receive!

Come back next month for more stories from these years at IntelliPoker and PokerStars and my poker adventures all around Europe.