Back in mid-April we announced that Cardplayer Lifestyle’s second Mixed Game Festival will be taking place between June 12-16 at Resorts World Las Vegas. Over these last few weeks, we’ve been working hard behind the scenes to ensure our live event will truly be a memorable one.

So, I’m proud to release some additional announcements about the festival that everyone who attends will be able to enjoy.

While there’s no tournament this time around, the cash games will be running 24/7 in the poker room, and each day of the festival will feature a special poker book signing event:

At 11am, WSOP bracelet winner Dylan Linde will be signing copies of his book Mastering Mixed Games, available for purchase at a discounted price of $25.

At 11am, 2x WSOP Circuit Ring winner and poker media personality Bernard Lee will be signing copies of his book Poker Satellite Success!, available for purchase at a discounted price of $20.

At 3pm, WSOP bracelet winner Chris Wallace will be signing copies of his brand new book Getting Started With HORSE (co-authored with Michael and Robert Mizrachi) at a discounted price of $20. Chris will also have copies of his other book, Short Stack Ninja, available for purchase and signing.

At 11am, 2004 WSOP Main Event Champion Greg Raymer will be signing copies of his book Fossilman’s Winning Tournament Strategies, available for purchase at a discounted price of $25.

At 11am, Poker Hall of Famer Eli Elezra will be signing copies of his autobiography Pulling the Trigger for a discounted price of $15.

* A portion of all proceeds derived from the book sales will be donated to charity, specifically Poker Gives, which distributes funds to assist military families, homeless vets, and youth programs in Las Vegas.

Moreover, throughout the inaugural Mixed Game Festival, we’ll be giving away lots of FREE swag:

Plus, don’t forget that you still have until the end of the Mixed Game Festival (June 16) to take advantage of our exclusive 25% discount on Upswing Poker’s Mixed Game Mastery course by Jake Abdalla as well as ALL other Upswing Poker courses. Be sure to use the promo code: mixedgamefest. Check out the full details of this offer here. 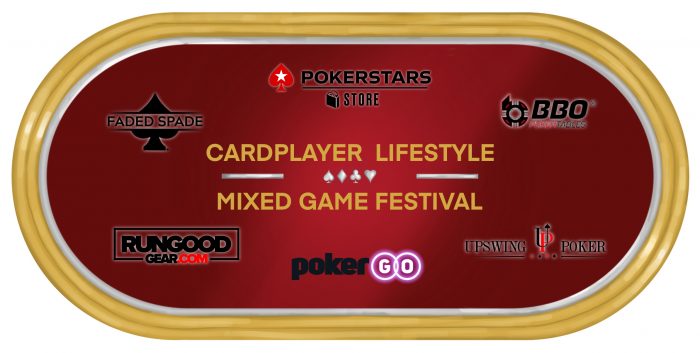 A number of well known names and faces from the poker industry have also confirmed to me privately that they’ll be popping in to say hi during the festival, so be sure to bring your selfie-ready poker faces, as you might be seated next to a poker celebrity!

Finally, if all of that’s not enough for you, don’t forget our Grand Prize!

For every hour you play during the Mixed Game Festival, you’ll receive an additional entry into our random drawing, which will take place on Thursday evening June 16, for a PokerStars Live Event Package.

The package includes a €400 buy-in, flights and hotel for a European Road to PSPC event.

Take your pick from stops in eight countries, including: France, Spain, Italy, Ireland, Germany, Greece, Belgium or Slovenia, where you’ll get a dream trip plus a shot at winning a Platinum Pass to the PokerStars Players Championship — to be held January 30-February 3, 2023 in the Bahamas — worth approximately $30,000! 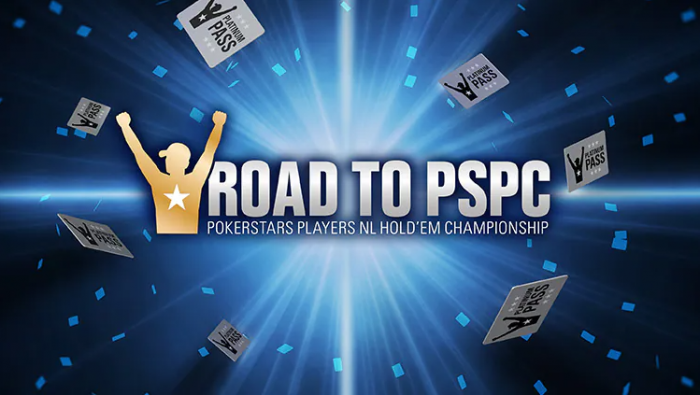 If you haven’t yet made your travel plans, rooms at Resorts World Las Vegas are still available at discounted rates from June 12-16. Make sure that you use promo code YYPKR when booking online or mentioning it when calling directly 1-833-930-3888).

Be sure to spread the word among your mixed game-loving friends, and I look forward to seeing you soon in Las Vegas!