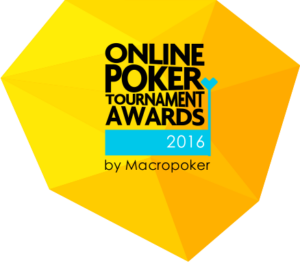 For the first time, online poker’s best will be acknowledged in the form of an official awards ceremony. Macropoker.com, one of the world’s largest online poker statistical databases, has decided to create the Online Poker Tournament Awards (OPTA) to recognize top online poker players. The awards presentation will be streamed live on Macropoker’s Twitch and YouTube channels on December 17.

The top online poker tournament players of 2016 will receive awards in 10 categories, specifically:

In addition, the 20 most successful МТТ players from major countries will be recognized with awards.

More detailed information on the criteria used to determine the winners of each award category can be found at the official OPTA awards website (optawards.com).

With online poker having been around for well over a decade, it’s intriguing that only now will there exist a dedicated awards ceremony to recognize its top players. By contrast, awards recognizing the achievements of live poker players have been around for decades, dating back to the inception of the Poker Hall of Fame.

As mentioned, the awards are being sponsored by Macropoker.com, which is uniquely suited for the purpose as it boasts one of the largest online poker statistical databases in existence. When approached for comment about the upcoming awards, a Macropoker.com spokesperson replied as follows:

“For the first time in the history of online poker we will name the best players of the year — objectively. It is with full responsibility that we have come down to choosing the categories and qualification criteria, in reliance upon the statistics of the tournaments’ results collected by Macropoker.

The team of top professional players together with the Macropoker analysts have drawn the fully true and fair criteria of estimation, including them in the formulae to bring to light the best of the best. And very soon you will find out the names of the winners!”

During the lead-up to the awards ceremony, surely there will be lots of buzz as to which players will be the first recognized with these prestigious honors.

If you hadn’t heard of Macropoker.com until now, you’re not alone. As a die-hard poker fan myself, I feel like I have a good grasp of most goings on in the poker world. Yet, I had only heard of Macropoker once or twice before the announcement of these awards. Turns out there’s good reason: up until now, the site had mostly been focused on Russian-language jurisdictions. 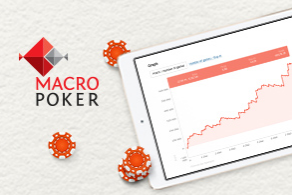 The awards represent the site’s first major venture outside of Russian-language markets, to try and appeal more to international poker fans. In this poker writer’s opinion, I feel like they’re doing a good job so far. They made a wise choice to fill a niche that hasn’t yet been addressed with the creation of the awards. From all of us here at Cardplayer Lifestyle, we’d like to wish the good folks over at Macropoker the best of luck with this new venture.