Lessons from the WPT: How to Treat Poker Players Like Champions

Having been in attendance over the last few days at the World Poker Tour Season XVI Tournament of Champions in Las Vegas, it’s exceptional to see firsthand just how well the WPT treats its players. Close to a week’s worth of awesome experiences are recapped in the photo/video essay below, as I attempt to illustrate the extent to which the WPT makes every single poker player who takes part in their events and festivals feel like a champion. 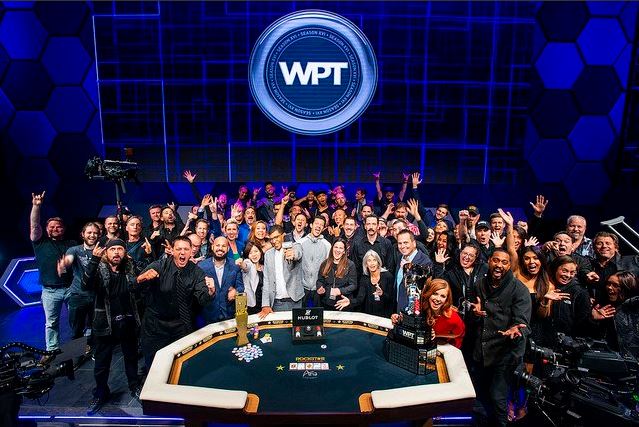 All WPT Champions Club members were invited to not one, but TWO exclusive parties. The first, sponsored by Hublot Watches, took place just a few steps from the Aria Resort and Casino at the Hublot Boutique. Champagne sparkled, with guests dressed to the nines! See which WPT Champions you can spot in the clip below.

Invitation to the WPT Hublot Party

Immediately after that, guests were whisked straight over to Top Golf Las Vegas for yet another party, which continued until the wee hours of the morning! 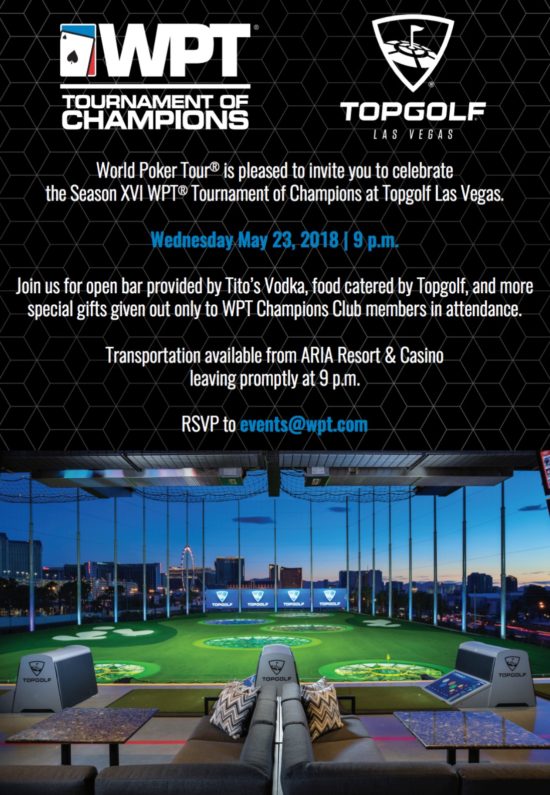 We’re all used to watching poker champions perform at the tables, but it’s far rarer that poker fans get to see them out in public taking part in non-poker activities. Watching WPT champions like David Benyamine and Eli Elezra grabbing a drink at the open bar, Andy Frankenberger and Mike Sexton playing table tennis, Scotty Nguyen posing for pictures, and legendary tournament director Matt Savage walk in with his own set of golf clubs and start swinging for the fences amounted to nothing less than pure eye candy for the casual poker fan. 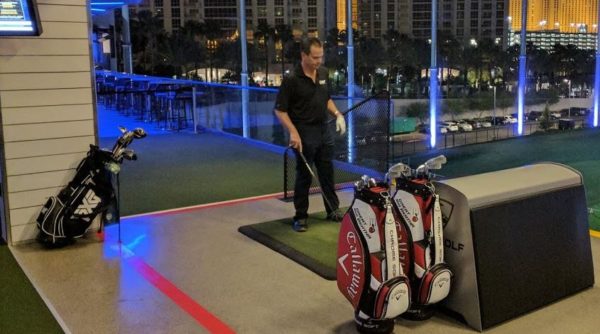 Matt Savage pictured with his own clubs rather than the “standard” Callaways at Top Golf; some poker peeps take golf VERY seriously… notice the glove!

Not Just for Champions

Another important thing that should be mentioned: it wasn’t just WPT champions, media, and poker industry stalwarts who showed up at the WPT parties. Also in attendance were a number of “regular poker fans” being treated to a VIP experience by Zynga Poker as part of the company’s partnership with the World Poker Tour.

While at the Top Golf party, I spoke for close to 20 minutes with Becca, one of the Zynga VIPs. She told me that she’s been playing on Zynga Poker for about a decade(!) now. A couple weeks prior, she was contacted by Zynga and invited for an all-expense-paid trip out to attend the WPT Tournament of Champions and related festivities. Hailing from Baltimore, Becca told me that this was her first trip out to Las Vegas and that she was having the time of her life. She takes poker seriously but plays exclusively for fun and has never wagered real money on the game, calling it “a great way to relax after I finish taking care of my grandchildren, who I’m helping to raise.”

I saw Becca once again on the following day, taking in the final table of $25K WPT Bellagio High Roller event from the Owners Suite of the Las Vegas eSports Arena together with other Zynga Poker VIPs. 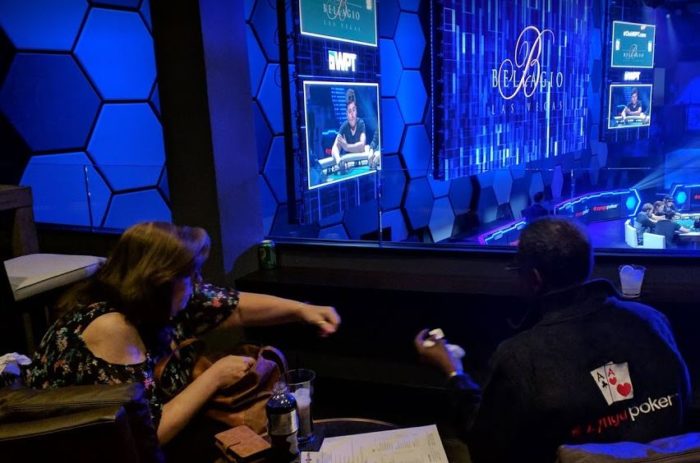 What I love about the picture above is that it depicts something spectacular: players who’ve ponied up $25K apiece to participate in a poker tournament juxtaposed with someone who has never bet a single dollar on poker, while both are being treated like poker royalty by the World Poker Tour; a very special organization indeed!

It’s clear that the magic of WPT festivals wouldn’t be possible without its sponsors. Let there be no misunderstanding: it takes a great deal of resources to produce events of the caliber and quality we see on World Poker Tour broadcasts. Much like professional sports leagues, sponsors help foot these bills, and kudos to the WPT on working as hard as they do to have such a fine product worth sponsoring in the first place.

What really struck me, however, is that the relationship between producer and sponsor didn’t end there. The WPT went the extra mile to produce a swag bag full of the sponsors’ products and give them away as gifts to each and every champion in attendance at the TOC.

This season’s WPT Tournament of Champions player gift bags were the best ever, and we cannot thank our partners enough for all of the incredible gifts they provided! More than $1,200 of value in each bag! #WPTTOC pic.twitter.com/lUFrICjbWM

Included in the swag bag were:

That bullet listing of the swag bag items is nice, but you simply have to see these products for yourself. Check out the video below, featuring the WPT’s all-star presenter, Lynn Gilmartin.

One of the perks of being a WPT Champions Club member is a special gift bag for #WPTTOC with more than $1,200 in gifts inside! @LynnGilmartin gives us a look inside.https://t.co/fBY6jDzvxJ

Have you ever wondered who packs the swag bags, by the way? How about how all of those champions get the right size footwear and apparel? Well, I wondered and then discovered, once more, how the WPT goes above and beyond for its players.

It took a small army of WPT staff close to six hours to put together approximately 100 of those swag bags. As for the wearables, each participating WPT Champions Club member was contacted individually and asked their shirt/sweater size. Moreover, with so many sneaker options available, champions were each sent a private link and promo code via which they could pick precisely the style of shoe they liked, and they’ll be receiving a tailor-made pair of kicks right to their homes.

Talk about the championship-level service!

Bottom line: From first-rate parties, to swag bags, to VIP experiences, and much more, getting the World Poker Tour treatment is truly sweet, fun, and exciting beyond belief. So, for those of you out there who think that “the only thing to do at a major poker tournament is play poker,” I highly recommend you put “take part in a WPT event” on your to-do list. Even if you don’t manage to snag a title, the experience you have will leave you feeling like a champion.